President Trump’s announcement that the United States will pull out of Syria and the resulting resignation of Secretary of Defense Jim Mattis gives us an opportunity to look into an issue that President Trump has spoken about frequently, but that our political system in general hasn’t addressed in a meaningful way.  And that is:  Does Europe Matter?  And if so, how much does it matter? Obviously, this is looking at it from an American perspective.  If you’re living in Europe and you have close family there, it’s clearly going to matter to you a great deal. 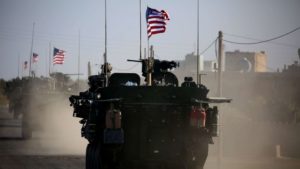 In order to understand why President Trump wants the US out of Syria and the Middle East in general, and why people like Jim Mattis, who are generally regarded as solid and trustworthy, are so vehemently opposed to the notion, we need to think about their different perspectives for a minute.  President Trump is looking at the mess in the Mideast, and he’s asking himself, what do we (Americans) get out of all this?  We don’t need Middle Eastern oil.  These countries’ militaries don’t pose a threat of any kind to the United States.  And border security is a better use of our funds to keep terrorists out of our country than fighting them over there so we don’t have to fight them here.  And President Trump has been very vocal about Europe’s military spending, and openly skeptical of why should the US spend money to defend them when they don’t meet their NATO spending obligations and, as in the case of Germany, make billion dollar deals to make them dependent on Russian oil when Russia is a geopolitical foe that we are in theory supposed to be allied against.
On the other side of the issue, we have the thought of Secretary Mattis.   Who, when he says we should stay in Syria, is valuing the potential problems of our allies at the same level as problems that America faces.  The Syrian Civil War (and we will ignore, for the moment, the role of the United States, Britain, and France in starting it) has caused havoc across Europe with the swarms of migrants that have come and been let, largely by the Germans, and destabilized the Continent.  Also, Europe is notoriously gas poor and is dependent on oil from the Middle East and Russia for industry and heating in the winter.  Mattis is also concerned about the Kurds (who have allied themselves with us on more than one occasion) , whom the Turks (again a NATO ally) want to commit a genocide on.
So, the question that America needs to answer is, how much does Europe matter?  Because if we’re just talking about the United States, the 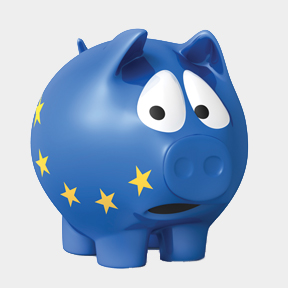 Middle East is an unimportant sand heap as far as our national interests go.  Europe, on the other hand, is a very different story.  If the US pulled out of the Middle East tomorrow, the Russians would move in immediately and start bringing the various dictators into their sphere of influence.  That would leave Europe facing a dilemma of hoards of migrants flooding the Continent with Russia controlling vital and necessary oil reserves.  While Europe could still buy from the United States, the oil would need to be shipped by tanker since there is no pipeline.  Europe’s various militaries are not in a position to square off with Russia without the United States in the event of a conflict.  And they have spent their money investing in windmills instead of reliable power.  Frankly, the Europeans are the ones who are going to reap the whirlwind if things burn down in the Middle East, not the United States.  As far as I am concerned, Trump is right.  If the Europeans aren’t bothered by a rising Russia and a chaotic Middle East that threatens their reliable and plentiful energy supplies, why should the United States care?
Conservatives used to be known for saying that the United States was not the world’s policeman.  Now, we have to deal with some unpleasant truths.  If we never leave these countries, we are an Empire enforcing a Pax Americana on them at our expense.  But it’s even worse than that, not only have we become an Empire, but we have become an Empire that not defending American interests… which tells us that we are not the Empire but that we have been subsumed into an Empire not of our choosing.
Americans and Europeans need to start thinking long and hard about the nature of our alliances, and the “global military strategy”.   Because it seems that we are in a position where we are not friend and allies, but we are vassals to some higher order.

"Death and Odysseus" by Lord Dunsany