It has come to our attention that the Trump Administration has opted to roll back the hated light bulb ban.
Via Reuters:

The Trump administration on Friday said it has finalized a decision to roll back a 2007 rule calling for energy-efficient light bulbs, a move that states including New York and California are challenging in the courts.

Naturally, New York and California are challenging it in the courts.  Those two states think that they have a right to tell the other 48 how things should be done.  They are the very definition of busybodies who having completely failed to manage the challenges they face at home spend their time trying to manage other people’s business instead.  This is also a huge step for liberty, having wiped out a blight on the country brought to us courtesy of George W. Bush.
Now, while all signs are pointing to Trumpslide 2020, there is one thing that President Trump can do to rally the base and advance the cause.  And that is to end the ban on gas cans that work.  In 2009, the Bush EPA (you’d think this was Obama’s fault, but no…) enacted a rule 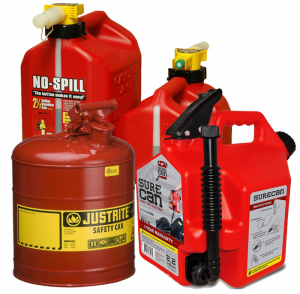 that took one of California’s stupid rules and spread it around to the rest of us.  This hateful regulation needs to die.  It exists solely to inflict a product nobody wants on the American public to drive home the supremacy of the Federal Government in forcing the average man to live with frustrating, inferior gas cans.
If you’ve never had to use one of those worthless wastes of plastic designed by Satan himself to torment humanity, then consider yourself lucky.  The authors of that abomination should be forced to spend the rest of their lives trying to fill the tanks of small engines with gasoline from these “containers”.  And it would be a great move to Make America Great Again.