Let’s look at Second Peter chapter Two for a moment.  This was recently preached on at church, and I couldn’t help but notice the similarities between what Peter is describing and what we call the phenomenon of the Social Justice Warrior these days.  In Second Peter, Peter warns 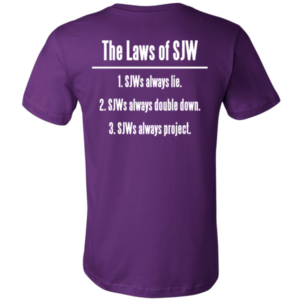 And the 5 Stages of SJW Corporate Convergence (it applies to any institution, not just corporations):

We see a lot of the branches of Christianity that you can put on the scale.  Every single branch of the Christian faith has been infiltrated at this point.  And many denominations have pieces of them that are moderately converged.  The Southern Baptist Convention at this point is moderately converged.  They can’t take a stand for anything.  The Anglican / Episcopal church is fully converged where they are endorsing gay marriage and anointing homosexuals to the priesthood.  The Catholic Church is heavily converged where they have been completely unable to expel the evil from their midst.  The Methodists are moving between Moderately Converged to Heavily Converged, however, we are informed that there is still a spark in the Methodist church that is prepared to do what is necessary to prevent convergence.  However, the process as it has been outlined to me will be very painful. But make no mistake.  If the Methodist Church does what is necessary to de-converge, it may lose half of it’s numbers.  But it will be orders of magnitude more effective than it is now.  Likewise, the Southern Baptist Convention could purge the SJWs from its ranks and de-converge, but in doing so, it would likely lose half its membership and no longer have the coveted “largest denomination in America” statistic.  It would, however, be orders of magnitude more effective for Christ. 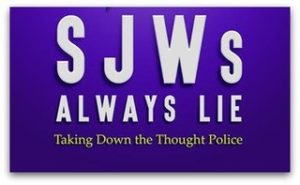 The time has come where the Church has to decide who it will follow, Christ or the world.  Peter warned us.  We have let these false teacher into the Church and they have done everything on the list.  Enticing unstable souls (v14) particularly sticks out, the way that SJWs manage to practically herd the most damaged people in the world into these false teachings, the false tolerance.  And the enticing of fleshly desires, what else is the LGBT movement except the attempt to normalize the act of sex in a way that God never intended and explicitly forbade?  And verse 13 – reveling in their deception.   They embrace it, it has become their identity.  They consider it who they are, the very fabric of their being.  The parts of the Church that survive are going to be the ones that purge the SJWs.  We may even be at the point where the plethora of Protestant denominations starts to diminish instead of expand and we can begin working together in Christ with a sense of unity. After all, the argument between Calvinism and Armenianism is largely academic.  The process of Salvation is in God’s hands.  But the evil that are SJWs is a blight upon the church that we all must face.  And, as we know, The West Needs Christianity to survive.