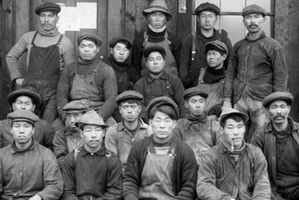 Let’s start with the United States.  There are certainly problems.  Homosexuality is rampant.  SJWs are everywhere.  But if we learned anything from Trump’s election, it’s that America isn’t prepared to go down without a fight.  The United States is one revival away from being the country it used to be, and can be again.  But even if we assume the worst – that the US Federal Government entirely collapses – it doesn’t mean the end of America.  We can look at the breakup of the Soviet Union for guidance on how this would go.  There will be some places that become cesspools of corruption and poverty (California, Chicago, and New York City).  But the US as a whole does not have to recover from 70 years of communist repression.  The successor governments will very quickly be able to deal with the rot in the big cities.  And in fact, the upheaval during the transition will probably destroy most of the rot.  That’s not to say it will be a pleasant time to be an American.  But the world will not end.  And frankly, Americans have a lot of guns.  The not-Americans rely on lawyers to try to impose their will on Americans.  We’ll see how that works out for them if TSHTF.

Now to China.  China is pushing to be the world’s largest economy.  But they only exist because they are able to sell their cheap crap outside China at artificially low rates because of Chinese currency manipulation and idiotic trade deals.  If any countries start actually putting their citizens first the Chinese economy is toast.  Especially if the Western governments start making it difficult for Western companies to send their intellectual property to China for them to copy and make cheap knock offs.  Let’s think about this for a minute.  What kind of innovation has come out of China in the past 100 years?  I can’t think of a single thing.  I can’t think of anything they’ve even made better.  All they do is make it cheaper.  In order for China to truly become ascendant, they’re going to have to start innovating themselves instead of just copying Western innovation.  And they have one large problem coming, and that is their demographic time bomb.  Their one child policy and its related forced abortion policy has left them with a generation without wives.  Even if they reverse course today, they’re still going to be stuck with an aging population and not enough working age people to support them.  And sure, it’s China.  They have a history of life being cheap there.  If they decide to massacre a generation when they cease to be productive the death toll might still be smaller than their great leap forward, but it will still be a massacre.  Those sorts of internal stresses aren’t conducive to ascendancy.  Genocides that are related to ascendancy are typically done to your enemies, not your own people.

A less dominant United States doesn’t guarantee Chinese Ascendancy.  The best case for China is for them to dominate Asia and for the Western powers to not interfere in their Africa plans.  And keep in mind that Japan and Korea get a vote in this.  As to Africa, the Western Powers have been in retreat for a generation.   But Chinese Ascendancy in Africa will suck for the Africans, not the United States.  It’s a bigger problem for Europe since Africa is so close to them – Europe just thinks they have a refugee crisis now.
The end result of the game the Chinese are playing isn’t a world dominated by China.  It will lead to global conflict.  A conflict that nobody, especially not China, is guaranteed to come out of like the US came out of World War II.