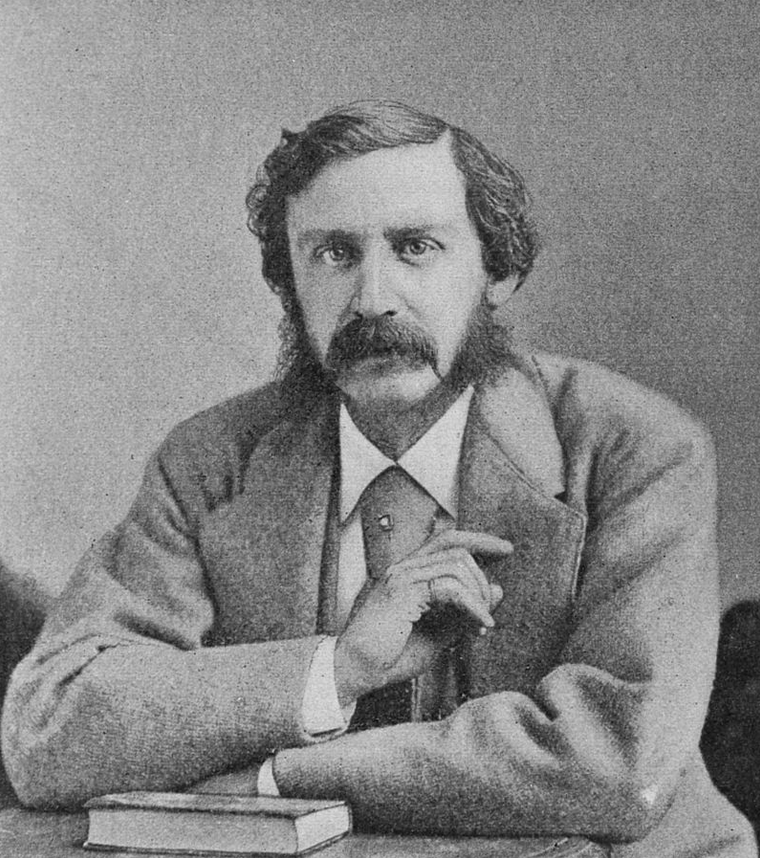 Editor’s note:  The following is extracted from Varied Types, by G. K. Chesterton (published 1905).  All spelling in the original. 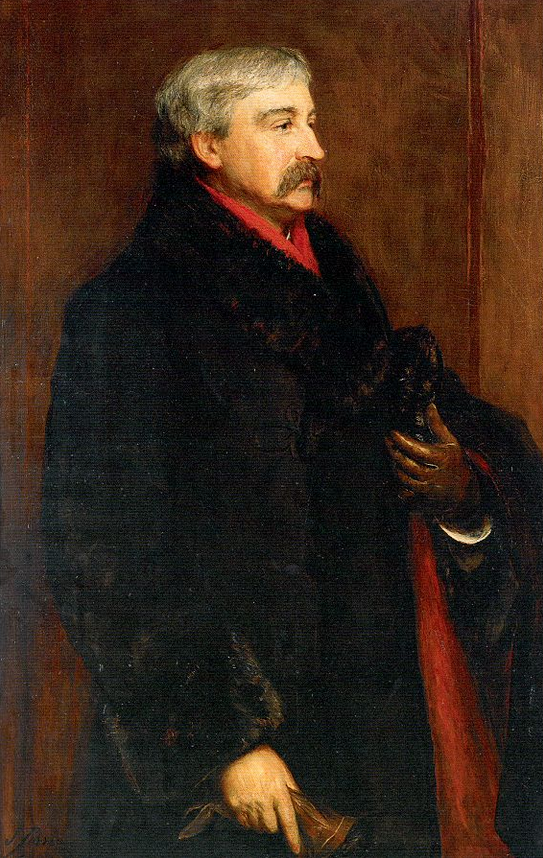 The same general characteristic of sympathy amounting to reverence marks Bret Harte’s humour in his better-known class of works, the short stories. He does not make his characters absurd in order to make them contemptible: it might almost be said that he makes them absurd in order to make them dignified. For example, the greatest creation of Bret Harte, greater even than Colonel Starbottle (and how terrible it is to speak of anyone greater than Colonel Starbottle!) is that unutterable being who goes by the name of Yuba Bill. He is, of course, the coach-driver in the Bret Harte district. Some ingenious person, whose remarks I read the other day, had compared him on this ground with old Mr. Weller. It would be difficult to find a comparison indicating a more completely futile instinct for literature. Tony Weller and Yuba Bill were both coach-drivers, and this fact establishes a resemblance just about as much as the fact that Jobson in “Rob Roy” and George Warrington in “Pendennis” were both lawyers; or that Antonio and Mr. Pickwick were both merchants; or that Sir Galahad and Sir Willoughby Patten were both knights. Tony Weller is a magnificent grotesque. He is a gargoyle, and his mouth, like the mouths of so many gargoyles, is always open. He is garrulous, exuberant, flowery, preposterously sociable. He holds that great creed of the convivial, the creed which is at the back of so much that is greatest in Dickens, the creed that eternity begins at ten o’clock at night, and that nights last forever. But Yuba Bill is a figure of a widely different character. He is not convivial; it might almost be said that he is too great ever to be sociable. A circle of quiescence and solitude such as that which might ring a saint or a hermit rings this majestic and profound humourist. His jokes do not flow upon him like those of Mr. Weller, sparkling, continual, and deliberate, like the play of a fountain in a pleasure garden; they fall suddenly and capriciously, like a crash of avalanches from a great mountain. Tony Weller has the noisy humour of London, Yuba Bill has the silent humour of the earth. 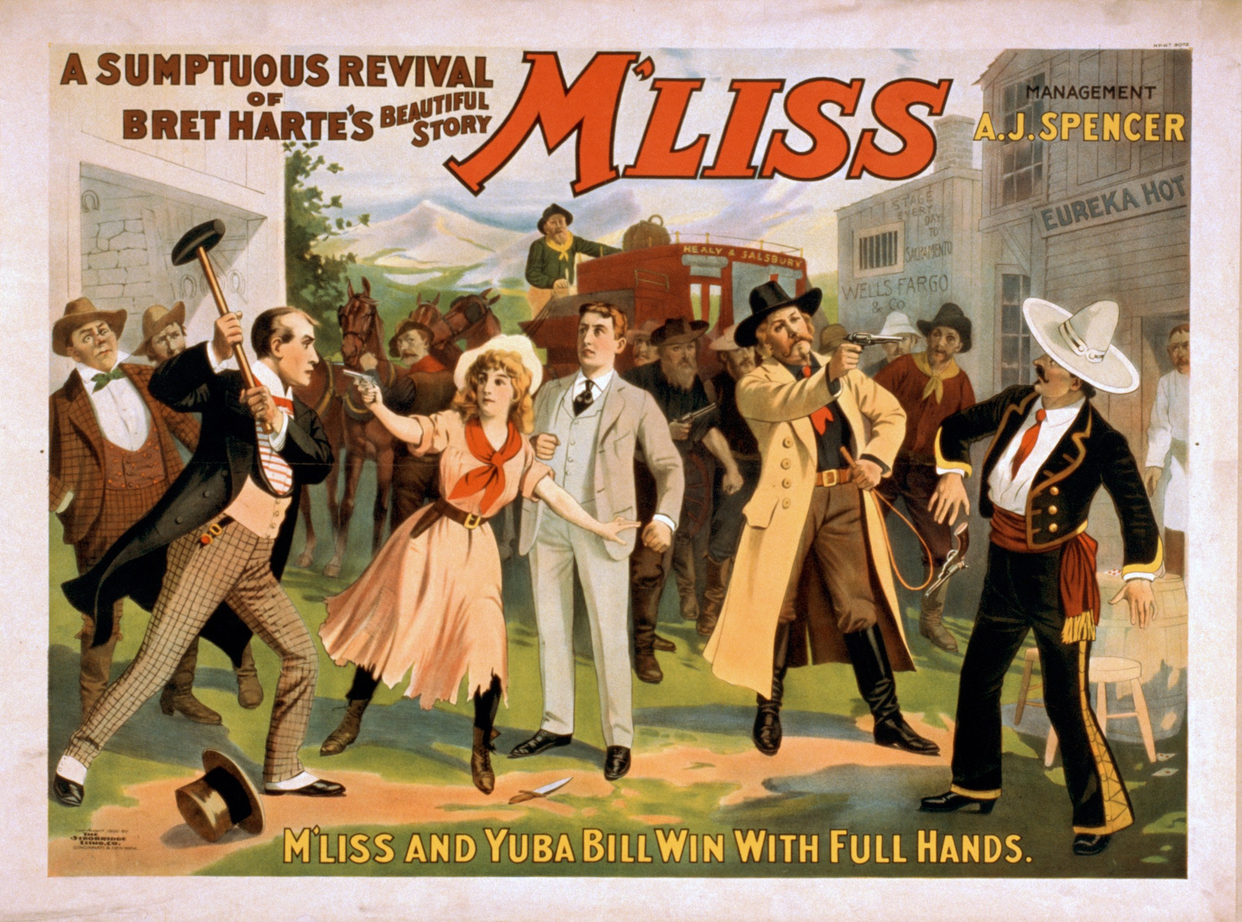 One of the worst of the disadvantages of the rich and random fertility of Bret Harte is the fact that it is very difficult to trace or recover all the stories that he has written. I have not within reach at the moment the story in which the character of Yuba Bill is exhibited in its most solemn grandeur, but I remember that it concerned a ride on the San Francisco stage coach, a difficulty arising from storm and darkness, and an intelligent young man who suggested to Yuba Bill that a certain manner of driving the coach in a certain direction might minimise the dangers of the journey. A profound silence followed the intelligent young man’s suggestion, and then (I quote from memory) Yuba Bill observed at last:
“Air you settin’ any value on that remark?”
The young man professed not fully to comprehend him, and Yuba Bill continued reflectively:
“‘Cos there’s a comic paper in ‘Frisco pays for them things, and I’ve seen worse in it.”
To be rebuked thus is like being rebuked by the Pyramids or by the starry heavens. There is about Yuba Bill this air of a pugnacious calm, a stepping back to get his distance for a shattering blow, which is like that of Dr. Johnson at his best. And the effect is inexpressively increased by the background and the whole picture which Bret Harte paints so powerfully; the stormy skies, the sombre gorge, the rocking and spinning coach, and high above the feverish passengers the huge dark form of Yuba Bill, a silent mountain of humour.
Another unrecovered and possibly irrecoverable fragment about Yuba Bill, I recall in a story about his visiting a lad who had once been his protége in the Wild West, and who had since become a distinguished literary man in Boston. Yuba Bill visits him, and on finding him in evening dress lifts up his voice in a superb lamentation over the tragedy of finding his old friend at last “a ‘otel waiter.” Then, vindictively pursuing the satire, he calls fiercely to his young friend, “Hi, Alphonse! bring me a patty de foy gras, damme.” These are the things that make us love the eminent Bill. He is one of those who achieve the noblest and most difficult of all the triumphs of a fictitious character—the triumph of giving us the impression of having a great deal more in him than appears between the two boards of the story. Smaller characters give us the impression that the author has told the whole truth about them, greater characters give the impression that the author has given of them, not the truth, but merely a few hints and samples. In some mysterious way we seem to feel that even if Shakespeare was wrong about Falstaff, Falstaff existed and was real; that even if Dickens was wrong about Micawber, Micawber existed and was real. So we feel that there is in the great salt-sea of Yuba Bill’s humour as good fish as ever came out of it. The fleeting jests which Yuba Bill throws to the coach passengers only give us the opportunity of fancying and deducing the vast mass of jests which Yuba Bill shares with his creator. 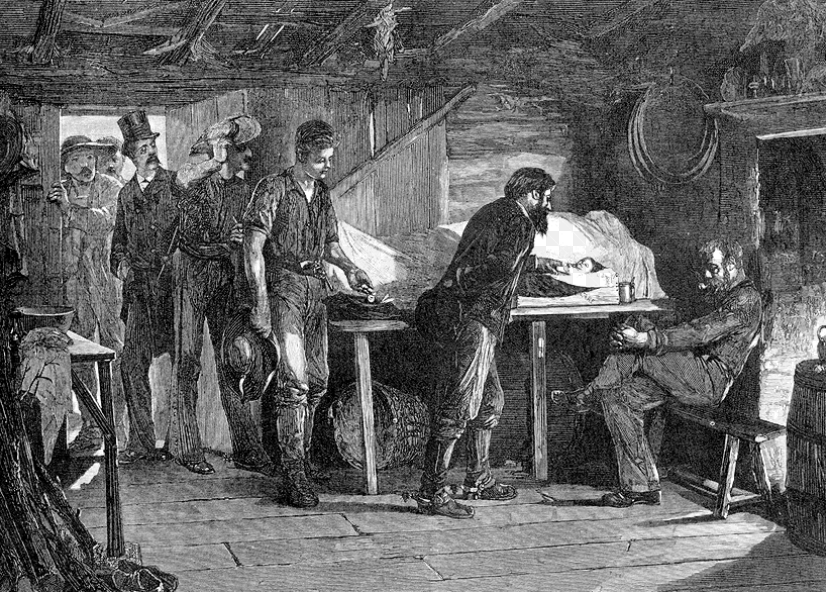 Bret Harte had to deal with countries and communities of an almost unexampled laxity, a laxity passing the laxity of savages, the laxity of civilised men grown savage. He dealt with a life which we in a venerable and historic society may find it somewhat difficult to realise. It was the life of an entirely new people, a people who, having no certain past, could have no certain future. The strangest of all the sardonic jests that history has ever played may be found in this fact: that there is a city which is of all cities the most typical of innovation and dissipation, and a certain almost splendid vulgarity, and that this city bears the name in a quaint old European language of the most perfect exponent of the simplicity and holiness of the Christian tradition; the city is called San Francisco. San Francisco, the capital of the Bret Harte country, is a city typifying novelty in a manner in which it is typified by few modern localities. San Francisco has in all probability its cathedrals, but it may well be that its cathedrals are less old and less traditional than many of our hotels. If its inhabitants built a temple to the most primal and forgotten god of whose worship we can find a trace, that temple would still be a modern thing compared with many taverns in Suffolk round which there lingers a faint tradition of Mr. Pickwick. And everything in that new gold country was new, even to the individual inhabitants. Good, bad, and indifferent, heroes and dastards, they were all men from nowhere. 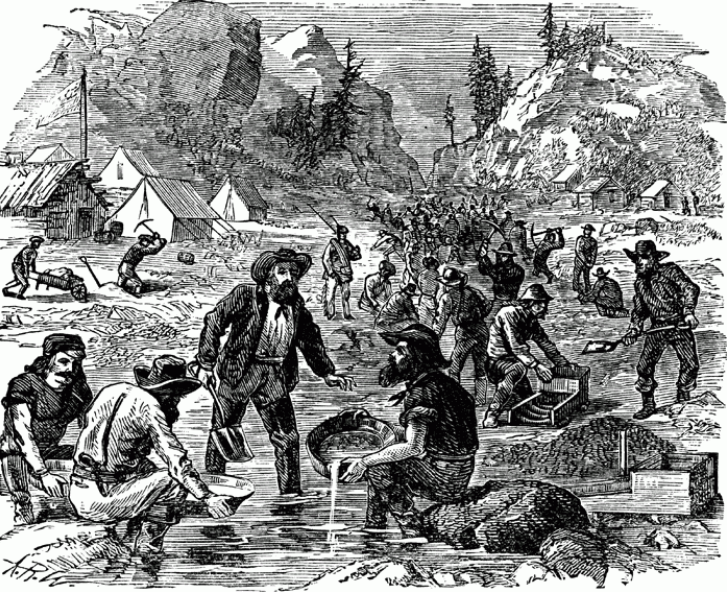 Most of us have come across the practical problem of London landladies, the problem of the doubtful foreign gentleman in a street of respectable English people. Those who have done so can form some idea of what it would be to live in a street full of doubtful foreign gentlemen, in a parish, in a city, in a nation composed entirely of doubtful foreign gentlemen. Old California, at the time of the first rush after gold, was actually this paradox of the nation of foreigners. It was a republic of incognitos: no one knew who anyone else was, and only the more ill-mannered and uneasy even desired to know. In such a country as this, gentlemen took more trouble to conceal their gentility than thieves living in South Kensington would take to conceal their blackguardism. In such a country everyone is an equal, because everyone is a stranger. In such a country it is not strange if men in moral matters feel something of the irresponsibility of a dream. To plan plans which are continually miscarrying against men who are continually disappearing by the assistance of you know not whom, to crush you know not whom, this must be a demoralising life for any man; it must be beyond description demoralising for those who have been trained in no lofty or orderly scheme of right. Small blame to them indeed if they become callous and supercilious and cynical. And the great glory and achievement of Bret Harte consists in this, that he realised that they do not become callous, supercilious, and cynical, but that they do become sentimental and romantic, and profoundly affectionate. He discovered the intense sensibility of the primitive man. To him we owe the realisation of the fact that while modern barbarians of genius like Mr. Henley, and in his weaker moments Mr. Rudyard Kipling, delight in describing the coarseness and crude cynicism and fierce humour of the unlettered classes, the unlettered classes are in reality highly sentimental and religious, and not in the least like the creations of Mr. Henley and Mr. Kipling. Bret Harte tells the truth about the wildest, the grossest, the most rapacious of all the districts of the earth—the truth that, while it is very rare indeed in the world to find a thoroughly good man, it is rarer still, rare to the point of monstrosity, to find a man who does not either desire to be one, or imagine that he is one already.

Trump Reins In The Ninth Circus