President-Elect Donald Trump made it a centerpiece of his campaign to renegotiate bad trade deals. He has taken a lot of flack from globalists and the libertarian right for his free trade skepticism. We heard no less than Paul Ryan himself opining that free trade was a conservative value. Radio commentator Mark Levin is about to have his head explode over the issue. So let us examine the details a bit. Is Free Trade a superior position? I submit to you that free trade, like so many other things in life, is all in what you make it. It can be good, or it can be very bad.
As Men of the West, we tend to naturally gravitate towards the West. When one opens up free trade between the United States and other Western Nations, such as (though not limited to) England, Germany, or Canada, we see a certain benefit to both parties.   Opening free trade with Canada hurt the US timber and logging industry – but it did not destroy it. We have competition between Texas Oil and Alberta Oil. Blackberry, a Canadian company, has suffered greatly at the hands of Apple, but is poised to fight back. General Motors and Ford both have factories on both sides of the US and Canadian border, and we don’t hear talk of them leaving Canada for the US, or leaving the US for Canada. The reason for this is that the Western Nations tend to have a similar set of laws. If you move your factory from Michigan into Ontario, you still have to put scrubbers on your smokestacks, deal with health and safety regulations for your employees, pay overtime wages, and pay some kind of health benefit. The playing field is mostly level. 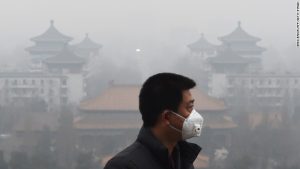 When you engage in free trade with a country that isn’t traditionally Western, like China (or Mexico to a lesser extent), you avoid many of the same rules and regulations and save piles of money. The United States Government has regulated several industries completely out of the country in the name of the environment. However, the negative environmental effects that these business may or may not have had did not go away. We merely offshored them to China, at the expense of American workers. In many cases, we have made the environmental damage far worse than it would have been here, because the Chinese do not regulate these things in the same manner that we do. But our Green Agitators never visit China so they haven’t noticed.
In order to fully grasp what a heinous betrayal this is, it is necessary to point out that the United States Federal Government was formed to bestow upon the posterity of the Founding Americans the benefits of liberty. When the US Government requires an American factory to purchase expensive equipment to ensure air quality around a factory, and then opens up free trade with a country like China that has no such requirement, you have just cut off an American at the knees. His Chinese competitor can do everything exactly as the American, but without having a significant cost added in on top. The playing field is not level. The US Government has signed the death warrant for the jobs of its own citizens. This is known as trying to have your cake and eat it too.
You cannot have free trade with a country that holds its citizens to a lower standard than you hold yours. When you do, you invite competition against your own people and deny them the ability to engage in a fair fight. This doesn’t create a modern economy. All it does is put people out of work. It deprives them of the meaning and purpose that comes with a job well done. It is a complete and total betrayal of the people that the members of our government swore to protect. And that is why free trade is not always a virtue. Sometimes, it is an abomination and a blight on a country.