I have seen a number of Christian leaders and Christians argue some variation of:
“Because certain Old Testament laws instruct Israelites to treat immigrants/refugees well and care for them, then the United States should take in immigrants/refugees from Syria.”
There are serious problems with this approach:
1: Old Testament civil laws governing society were exactly that -laws governing the society of Israel. They’re not specifically applicable to other societies because those other societies are different societies in different times, with different population demographics and different systems of government. At the time the Old Testament law was given to Moses by God, the government of Israel was essentially a theocracy, with Moses as God’s acting executive. Some time thereafter, a system of Judges was instituted to assist in the application of God’s law. And then, finally, the Israelites demanded a King, and God gave them one. But at no time in ancient history was Israel a democracy, for example. Old Testament laws could, of course, theoretically provide general direction as to things people/government should do. But that’s as far as they go.
2: While Old Testament civil laws did, in some instances, allow immigrants and refugees to come into Israel, there remains a serious problem with arguing that such Old Testament laws are a basis for the United States allowing even SOME immigrants/refugees into the United States. That serious problem is that EVERY PERSON I have seen make that argument has – either dishonestly or in ignorance – left out a significant number of Old Testament laws that limited immigration into Israel and/or made very specific requirements upon anyone who immigrated into or sought refuge in Israel. Old Testament laws required that any immigrants/refugees obey the other Israeli laws – including the Ten Commandments. I will cite a number of examples of such Old Testament laws at the end of this article. But first, I note that:
The VERY FIRST commandment is “Thou shalt have no other gods before Me.”
As such, under Old Testament law, in order to come into Israel, any and all immigrants/refugees would have to turn from their gods and worship the God of the Israelites.
I know what you’re thinking… “Are you saying that under Old Testament law, no refugee who refused to stop practicing Buddhism, Confucianism, Hinduism, Islam, Jainism, Shinto, Sikhism, Taoism, or Zoroastrianism would be allowed into Israel?”
That is EXACTLY what I’m saying.
Again, I am not the one advocating the application of Old Testament laws to American government and society. Such laws are not directly applicable to the United States. That said, such laws do have some instructive value and certainly should be considered by Christians and Jews to be wise and learn from the underlying principles.
What I AM doing is exposing the ignorance and/or dishonesty of those who selectively choose certain verses to argue that the Old Testament requires Christians today to support the acceptance of refugees into the United States. The United States is not governed under a theocracy, system of judges, or monarchy. The United States is not a strictly religious society (although there is substantial evidence that it was founded and intended to be partial to Christianity -but that is another issue for another article).
I AM also pointing out that one should not pick and choose from the civil laws of one country thousands of years ago in order to argue that another country today should have a particular political/public policy. Or in other words…
If you want to argue that Old Testament civil law applies to U.S. political/public policies, then intellectual honesty requires that you consider ALL of the Old Testament civil laws related to the issue before stating your opinion about what you think it tells the U.S. to do on a particular issue. 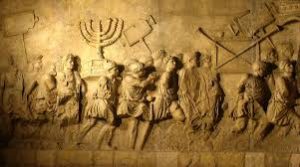 So, in the interest of being intellectually honest, let’s take a look at some of the Old Testament civil laws that the ignorant or intellectually dishonest choose not to reference in their arguments (emphasis added).
“You must obey all my decrees and regulations. You must not commit any of these detestable sins. This applies both to native-born Israelites and to the FOREIGNERS living among you.” Leviticus 18:26
“The LORD said to Moses, ‘Give the people of Israel these instructions, which apply BOTH to native Israelites and to the FOREIGNERS living in Israel… You must keep all my decrees and regulations by putting them into practice’”. Leviticus 20:2
“Call them all together—men, women, children, and the FOREIGNERS living in your towns—so they may hear this Book of Instruction and learn to fear the LORD your God and carefully obey all the terms of these instructions.” Deuteronomy 31:12
“Therefore, obey the terms of this covenant so that you will prosper in everything you do. All of you—tribal leaders, elders, officers, all the men of Israel—are standing today in the presence of the LORD your God. Your little ones and your wives are with you, AS WELL AS THE FOREIGNERS LIVING AMONG YOU, you who chop your wood and carry your water. You are standing here today to enter into the covenant of the LORD your God.” Deuteronomy 29:9-11
“But those who brazenly violate the LORD’s will, whether native-born Israelites or FOREIGNERS, have blasphemed the LORD, and they must be cut off from the community. Since they have treated the LORD’s word with contempt and deliberately disobeyed his command, they must be completely cut off and suffer the punishment for their guilt.” Numbers 15:30-31
“Any native-born Israelite or FOREIGNER among you who blasphemes the Name of the LORD must be put to death.” Leviticus 24:16

Book Review: Giant Under the Hill