Computing Forever has a good video talking about the movement of peoples to the Emerald Island. The title of the video is telling. “The New Plantation of Ireland” is a direct reference to the historical Plantation of Ulster. 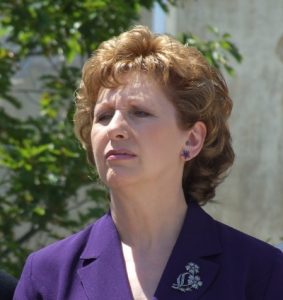 He is not just making a hyperbolic reference. He is referring to a comment by the former president of Ireland, Mary McAleese. In Ireland “today, 17 per cent of our population comes from somewhere else. The last time that happened was probably the Plantation [of Ulster]. But this has been a different kind of absorption, and I think in general we have done a really, really wonderful job.”

For some background, this information is from Infogalactic:
The Plantation of Ulster was the organised colonisation (plantation) of Ulster – a province of Ireland – by people from Great Britain during the reign of King James I. Most of the colonists came from Scotland and England. Small private plantation by wealthy landowners began in 1606, while the official plantation began in 1609. An estimated half a million acres (2,000 km²) spanning counties Tyrconnell, Tyrone, Fermanagh, Cavan, Coleraine and Armagh, was confiscated from Gaelic chiefs, most of whom had fled Ireland in the 1607 Flight of the Earls. Most of counties Antrim and Down were privately colonised. Colonising Ulster with loyal settlers was seen as a way to prevent further rebellion, as it had been the region most resistant to English control during the preceding century.

I wonder if the reference by McAleese is more honest than she intended. It is possible that this immigration wave and its accompanying rhetoric is simply the Plantation of Ulster 2.0? After all, the intent of the original mass migration of English and Scottish was to change the behavior, culture, traditions, values and religion of the Emerald Isle.

Dave Cullen matter of factly points out about halfway through the video,
“Now there are those of a rather milk toast position on this, who argue that, ‘the thing they value more than anything is that our culture and values survive. Well, culture and values, traditions and way of life, ideas, those things are, of course, very, very important. They’re immensely important. However, they didn’t just fall out of the sky. They developed and evolved from the history of the people. They are the story that a particular group tells themselves about themselves.”

Dave then explains that there is “no obligation for the immigrants to assimilate into the native culture.” The purpose of multiculturalism is that these newly arrived peoples are encouraged to keep their ideals and beliefs from their former cultures as they live among the Irish, Swedish, English, German or American societies to which they have relocated. Dave explains that, “The only people who can truly maintain Irish culture, values, traditions etc. are the people who have an actual connection to it. Irish people. They are the most qualified to do so.”
He uses the phrase, “Ireland for the Irish” after these points. He explains that to say such a thing today is to be called racist or something. Sovereignty is backward somehow. He shows a clip from a speech in parliament explaining just how backward sovereignty is. But, is it backward? Is it backward to want self-determination? Or is it backward to believe that an elite nobility knows best how to run their surfs lives?
The National Party of Ireland has an article that Cullen links to and references for his video.
One quote he points to is a solid foundation for the video, “Contained in this one quotation is the naivety, the cognitive dissonance, the lack of foresight and the lack of self-reflection that characterises a broad section of the Irish establishment. If only Mary McAleese had been around in 1609 to 1690 to ensure the welcome of the English and Scottish settlers, and to oversee a ‘different kind of absorption’, the destruction of Gaelic Ulster which was one of the great crimes in the history of the world, could have been achieved more efficiently and bloodlessly, with diversity classes and migrant quotas and ‘Say No to Racism’ days.”
Dave continues, “The idea that the Irish people are now racist for voicing their resistance to widespread demographic changes in their country. They didn’t consent to mass immigration, and once again we face the prospect of potentially being made a minority in Ireland. Irishness was under attack for the better part of a millennium and now it seems we face this treat again and our own elites and so-called leaders have sold us out to globalist interests. It has never been more important for Irish people to rediscover their patriotic spirit and be unapologetic about it and join national movements.”

More history from Infogalactic:
King James wanted the Plantation to be “a civilising enterprise” that would settle Protestants in Ulster, a land that was mainly Gaelic-speaking and of the Catholic faith. The Lord Deputy of Ireland, Arthur Chichester, also saw the Plantation as a scheme to anglicise the Irish. Accordingly, the colonists (or “British tenants”) were required to be English-speaking and Protestant. Some of the undertakers and colonists however were Catholic and it has been suggested that a significant number of the Scots spoke Gaelic. The Scottish colonists were mostly Presbyterian and the English mostly members of the Church of England. The Plantation of Ulster was the biggest of the Plantations of Ireland. 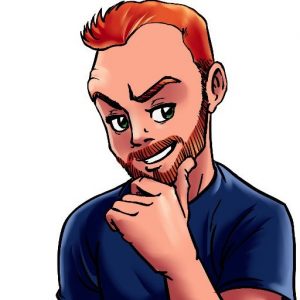