Editor’s note:  The following is extracted from The Uses of Diversity, by G. K. Chesterton (published 1920).

I once saw in the newspapers this paragraph, of which I made a note:

“LEPRECHAUN” CAUGHT
Great excitement has been caused in Mullingar, in the west of Ireland, by the report that the supposed “Leprechaun,” which several children stated they had seen at Killough, near Delvin, during the past two months, was captured. Two policemen found a creature of dwarfish proportions in a wood near the town, and brought the little man to Mullingar Workhouse, where he is now an inmate. He eats greedily, but all attempts to interview him have failed, his only reply being a peculiar sound between a growl and a squeal. The inmates regard him with interest mixed with awe.

This seems like the beginning of an important era of research; it seems as if the world of experiments had at last touched the world of reality. It is as if one read: “Great excitement has been caused in Rotten Row, in the west of London, by the fact that the centaur, previously seen by several colonels and young ladies, has at last been stopped in his lawless gallop.” Or it is as if one saw in a newspaper: “Slight perturbation has been caused at the west end of Margate by the capture of a mermaid,” or “A daring fowler, climbing the crags of the Black Mountains for a nest of eagles, found, somewhat unexpectedly, that it was a nest of angels.” It is wonderful to have the calm admission in cold print of such links between the human world and other worlds. It is interesting to know that they took the Leprechaun to a workhouse. It settles, and settles with a very sound instinct, the claim of humanity in such sublime curiosities. If a centaur were really found in Rotten Row, would they take him to a workhouse or to a stable? If a mermaid were really fished up at Margate, would they take her to a workhouse or to an aquarium? If people caught an angel unawares, would they put the angel in a workhouse? Or in an aviary?

The idea of the Missing Link was not at all new with Darwin; it was not invented merely by those vague but imaginative minor poets to whom we owe most of our ideas about evolution. Men had always played about with the idea of a possible link between human and bestial life; and the very existence—or, if you will, the very non-existence—of the centaur or the mermaid proves it. All the mythologies had dreamed of a half-human monster. The only objection to the centaur and the mermaid was that they could not be found. In every other respect their merits were of the most solid sort. So it is with the Darwinian ideal of a link between man and the brutes. There is no objection to it except that there is no evidence for it. The only objection to the Missing Link is that he is apparently fabulous, like the centaur and the mermaid, and all the other images under which man has imagined a bridge between himself and brutality. In short, the only objection to the Missing Link is that he is missing. 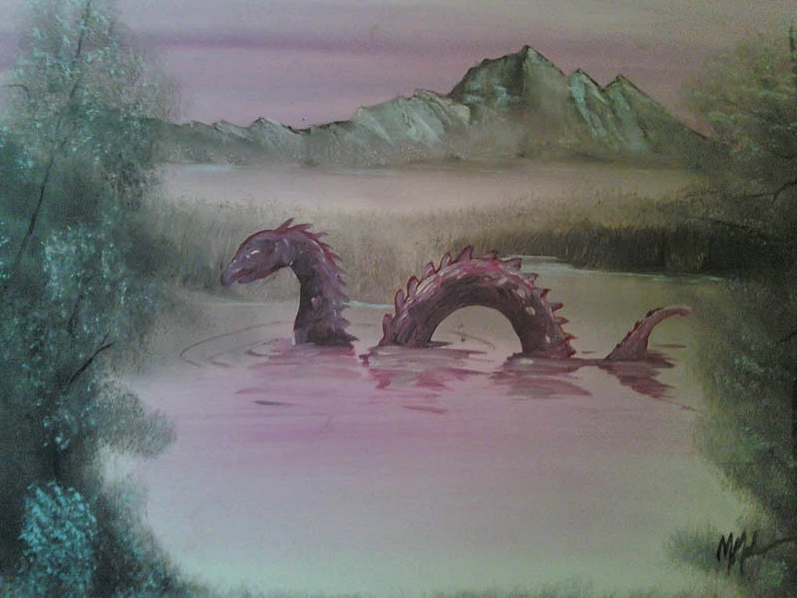 But there is also another very elementary difference. The Greeks and the Mediævals invented monstrosities. But they treated them as monstrosities—that is, they treated them as exceptions. They did not deduce any law from such lawless things as the centaur or the merman, the griffin or the hippogriff. But modern people did try to make a law out of the Missing Link. They made him a lawgiver, though they were hunting for him like a criminal. They built on the foundation of him before he was found. They made this unknown monster, the mixture of the man and ape, the founder of society and the accepted father of mankind. The ancients had a fancy that there was a mongrel of horse and man, a mongrel of fish and man. But they did not make it the father of anything; they did not ask the mad mongrel to breed. The ancients did not draw up a system of ethics based upon the centaur, showing how man in a civilized society must take care of his hands, but must not wholly forget his hooves. They never reminded woman that, although she had the golden hair of a goddess, she had the tail of a fish. But the moderns did talk to man as if he were the Missing Link; they did remind him that he must allow for apish imbecility and bestial tricks. The moderns did tell the woman that she was half a brute, for all her beauty; you can find the thing said again and again in Schopenhauer and other prophets of the modern spirit. That is the real difference between the two monsters. The Missing Link is still missing and so is the merman. On the top of all this we have the Leprechaun, apparently an actual monster at present in the charge of the police. It is unnecessary to say that numbers of learned people have proved again and again that it could not exist. It is equally unnecessary to say that numbers of unlearned people—children, mothers of children, workers, common people who grow corn or catch fish—had seen them existing. Almost every other simple type of our working population had seen a Leprechaun. A fisherman had seen a Leprechaun. A farmer had seen a Leprechaun. Even a postman had probably seen one. But there was one simple son of the people whose path had never before been crossed by the prodigy. Never until then had a policeman seen a Leprechaun. It was only a question of whether the monster should take the policeman away with him into Elfland (where such a policeman as he would certainly have been fettered by the fatal love of the fairy queen), or whether the policeman should take away the monster to the police-station. The forces of this earth prevailed; the constable captured the elf, instead of the elf capturing the constable. The officer took him to the workhouse, and opened a new epoch in the study of tradition and folk-lore. 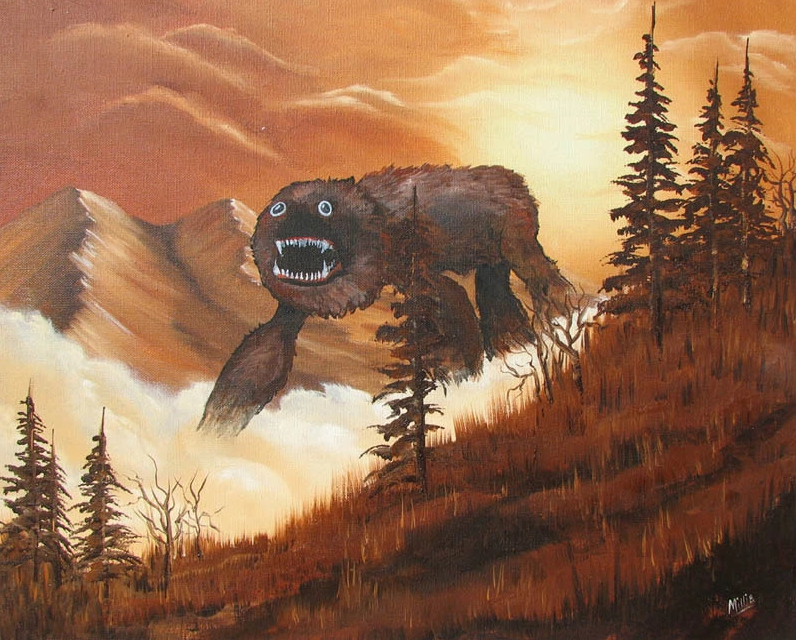 What will the modern world do if it finds (as very likely it will) that the wildest fables have had a basis in fact; that there are creatures of the border land, that there are oddities on the fringe of fixed laws, that there are things so unnatural as easily to be called preternatural? I do not know what the modern world will do about these things; I only know what I hope. I hope the modern world will be as sane about these things as the mediæval world was about them. Because I believe that an ogre can have two heads, that is no reason why I should lose the only head that I have. Because the mediæval man thought that some man had the head of a dog, that was no reason why he himself should have the head of a donkey. The mediæval man was never essentially weak or stupid about any of his beliefs, however unfounded they were. He did not lack judgment; he only lacked the opportunities of judgment. He had superstitions; but he was not superstitious about them. He was wrong about Africa; but then, to do him justice, he did not care whether he was right. He had got that particular thing which some modern people call “the love of truth,” but which is really simply the power of taking one’s own mistakes seriously. He thought that ordinary men were a serious matter; as they are. He thought that extraordinary men were a fantastic fairy-tale; and he thought (very rightly) that the fairy-tale was all the more fantastic if it was true. He did not let dog-faced men affect his conception of mankind; he regarded them as a joke, the best as a practical joke. But in our time, I am sorry to say, we have seen some signs of the possibility that such aberrations or monstrosities as spiritual science may discover will be taken as real tests of, or keys to, the human lot. For instance, the psychological phenomenon called “dual personality” is certainly a thing so extraordinary that any old-fashioned rationalist or agnostic would simply have called it a miracle and disbelieved it. But nowadays those who do believe it will not treat it as a miracle—that is, as an exception. They try to make deductions from it, theories about identity and metempsychosis and psychical evolution, and God knows what. If it is true that one particular body has two souls, it is a joke, as if it had two noses. It must not be permitted to upset the actualities of our human happiness. If some one says, “Jones blew his nose,” and Jones is of so peculiar a formation that one may with logical propriety ask, “Which nose?” that is no reason why the ordinary formula should lose its ordinary human utility. This is, I think, one of the most real dangers that lie in front of the civilization that has just discovered the Leprechaun. We are going to find all the gods and fairies all over again, all the spiritual hybrids and all the jests of eternity. But we are not going to find them, as the pagans found them, in our youth, in an atmosphere in which gods can be jested with or giants slapped on the back. We are going to find them, in the old age of our society, in a mood dangerously morbid, in a spirit only too ready to take the exception instead of the rule. If we find creatures that are half human, we may only too possibly make them an excuse for being half-human ourselves. I should not be very painfully concerned about the Leprechaun if people had thrown stones at him as a bad fairy, or given him milk and fire as a good one. But there is something menacing about taking away a monster in order to study him. There is something sinister about putting a Leprechaun in the workhouse. The only solid comfort is that he certainly will not work. 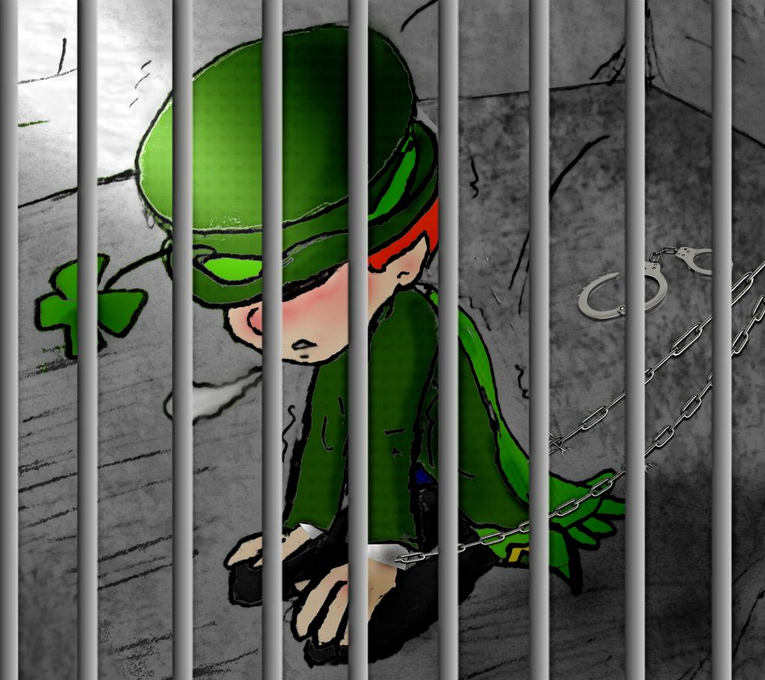 Don't Think Your Isolated Farm Will Save You