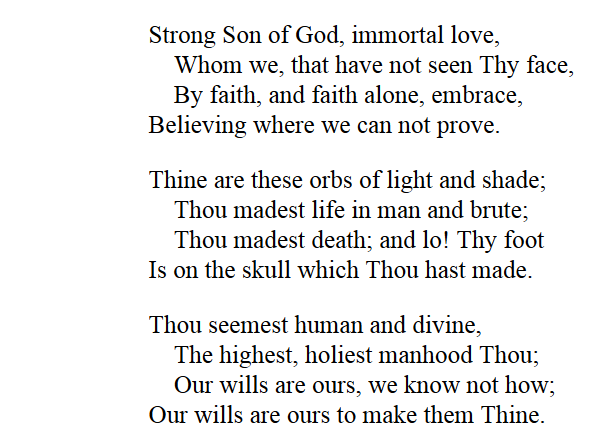 I summon thee, O Browning, poet of divine optimism and interpreter of the deeper instincts of the human heart, let us hear the conclusion of thy philosophic mind:

I summon thee, O Gladstone, noblest of statesmen, uncrowned king of the world, thou who didst come in contact with the throbbing life of the world, of politics, letters, and religions, what sayst thou concerning humanity’s greatest need? “I am asked what a man should chiefly look to in his progress through life as to the power that is to sustain him under trials and enable him manfully to confront his afflictions. I must point to something which, in a well-known hymn is called, ‘The old, old story,’ and taught with an old, old teaching, which is the best gift ever given to mankind. The older I grow, the more confirmed I am in the belief that Jesus Christ is the only hope of humanity.”
I summon Thyself, O Thou Christ of God, Thou holiest of the holy, Thou who art God of very God. What sayst Thou of Thyself? “Before Abraham was I am.” “I and my Father are one.” “He that hath seen me, hath seen the Father.”

Hymn: To Thy Temple I Repair