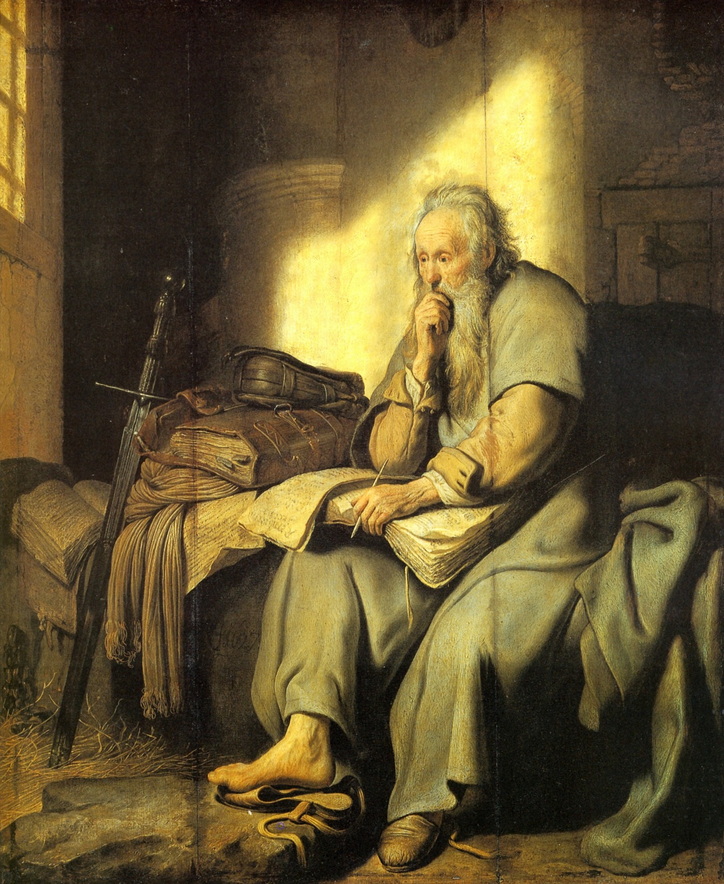 Editor’s note: The following is extracted from Sermons on Important Subjects, by the Rev. Azel Backus (published 1824).

II CORINTHIANS, X. CHAP. 4 VER.
For the weapons of our warfare are not carnal, but mighty through God, to the pulling down of strongholds.
The Apostle Paul, and the other primitive Christians, encountered many perils in their attempts to propagate the religion of Jesus Christ. The work in which they were engaged is called a warfare, and the means which they used for the advancement and defense of the gospel are styled weapons. They did not assault the enemies of the Cross with the arms of an earthly conqueror, nor did they give the least countenance to the attempts which have at any time been made to compel discipleship by the sword. The Apostles disclaimed carnal or coercive means in the accomplishment of their designs, and besought men by the meekness and gentleness of Christ to become obedient to the faith which they preached. The measures they adopted to propagate their religion were inadequate to the effects produced, and the success which attended their exertions cannot be accounted for without granting that their cause was approved by heaven, and was enabled to triumph in the world by the power of divine grace. The means which the Apostles employed were mighty through God to the pulling down of strongholds. The spirit of God rendered the appointed means efficacious in converting sinners to Christ, in opposition to the malice, subtlety, and power of earth and hell.
The first propagation of Christianity, taken and viewed in all its circumstances, has been justly considered as an argument of no small weight in support of its divine original. To this subject your attention is now respectfully solicited.
To give the present argument its greatest force, we must confine ourselves to the early periods of the Christian institution, when it existed in its purest form, and when it had no aid from the ruling powers of the world, but had to encounter bloody persecutions from their hands.
The genuineness and authenticity of the New Testament are as well established as any facts in the history of mankind. It appears that Jesus Christ had a number of followers during the short period of His public ministry, and that after His death, His followers became numerous within a few years, not only in Judea, but in lesser Asia, Greece, Rome and other places.
It is not contended that the mere success of any religion will prove its divinity, for this argument can be claimed by the followers of Mahomet and the worshipers of idols. The successful attempts in propagating any religion prove its divine original only when they contradict the maxims of human wisdom, and do not derive their energy from worldly power.

In discussing the subject before us, we are to consider the general state of the world when Christianity was first promulgated, together with the instruments and means which were employed in its propagation.

History in Ancient Greece (Part 1): Homer and the Heroic Age