As the Democrats get ready to anoint their 2020 challenger to President Trump, we are increasingly seeing right wing thought banished from the likes of Facebook and Twitter, the two largest purveyors of Social Media.  What we need to talk about is the standards that these companies are using for “hate speech”.  From the things I’ve seen banned, it looks like their standards are based on both Critical Race Theory and Intersectional Feminism.  If you’ve never heard of these, I would urge you to follow the links and read the Infogalactic articles on them.  But the important thing to remember here, is that the Powers that Be at Facebook and Twitter appear to be using these ideologies as the standards for what will be permitted on the platform.
Critical Race Theory and Intersectionality are both ideologies that anybody on the political right will reject.  It doesn’t matter if you’re a moderate, or a libertarian, or somebody who is on the Hard Right, if you identify as any flavor of right wing (and a lot of a left wing moderates will probably agree with us on this issue – pretty much anybody who isn’t a hard core progressive) you are going to absolutely reject everything to do with Critical Race Theory and Intersectionality. 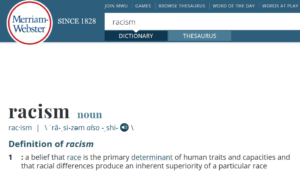 If you’ve ever wondered why Everything and Everybody is Racist, it’s Critical Race Theory.  That’s where that comes from.  Most of the people that I know personally and online categorically reject those ideas and would not be considered racist under the actual definition of racism.  What we are seeing is the redefinition of what racism is.  This accomplishes two things.  It lets the left beat up the right as racists, when an objective person looks out at the world and sees that in the West, you would be hard pressed to find a point in human history where there was less actual racism running around.  It also gives the Democrats something to campaign on.  If you’ve wondered how anybody is going to compete with Donald Trump when minorities are benefiting from the Trump Economy, this is it.  It doesn’t matter if the standard of living for blacks is improving.  Because Trump is not willing to embrace Critical Race Theory, he is racist and must hate blacks.  This is a lie.
The Right has to push back on this insanity.  These idiots that push Critical Race Theory never took a minute to think what will happen when most white people are informed that they are racists, just like the Alt-Retards.  They’re not going to join the political left. They are going to start wondering whether or not the Alt-Retards are really as bad as they’ve been made out to be.
And by Facebook and Twitter using these things as the standards for their platforms, they are trying to make them the standard for public discourse, and they’re trying to force them to be the standards by which society operates on.  They’re not just liberal companies at this point.  They are actively taking sides.  This is a change from their previous behavior where they tolerated those who had differing views.  And just because you’re a nice guy and you don’t post a lot of political stuff, and you don’t get into memes, doesn’t mean that you’re safe.  They will eventually get around to you.  You Will Be Made To Care.
SocialGalactic 2.0 Can’t Come Fast Enough.

Stephen Langton and the Great Charter