“Every normal man must be tempted at times to spit on his hands, hoist the black flag, and begin slitting throats.” – H.L. Mencken 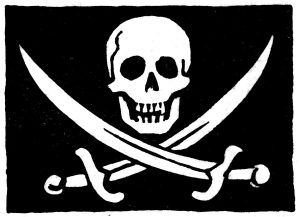 What is civilization? It is expectation. It is shared protocol. It isn’t so much about what thing is done but how one does that thing. The savage shows up at the local Wal-Mart in pajamas. The civilized man shows up dressed within the socially acceptable norms.

Aha! But what if pajamas are within the social norms? Then you’re in a civilization of savages. See, we have this notion that civilization is related to what we think of as civilized, but that is a lie. The cannibals of the darkest jungle are a civilization. But they are not civilized.

These are different concepts. Most all of us come from some civilization, but to be considered civilized, you must abide by the protocols of the civilization you are currently inhabiting.

And make no mistake. All civilizations are not equal. Equality does not exist on this earth. For example, you may admire the pygmies of New Guinea, but they haven’t launched a space program, have they? They have produced no great works of art, have they? Can you name their great composers?

But am I not judging them by the standards of my own civilization? Indeed, I am. Because I happen to very much prefer my own civilization. To paraphrase Jules his own bad self… Humans may taste like bacon and pork chops, but I would never know because I would never eat the filthy…   and so it goes. No doubt the savages of the islands would think me an idiot for the refusal.

When God began His great work of setting the Israelites apart from the world, He did so by giving them rules. Boundaries. Because that is what civilization is. It is a set of boundaries and expectations that define a community. A society where anything and everything is acceptable is not a society at all. It is base savagery.

And that brings us to our war…  The Culture War.

We are the Takers.

If you find yourself thinking about hoisting the Black Flag Mr. Mencken spoke of, then please, allow me to be the first to say…

Welcome to The Hard Right.

Buy one of our mugs
Next Story

Standing in the Gap