Merry Christmas to all our readers.  We really appreciate that so many of you continue to visit the site, even though we have experienced the Facebookpocalypse. They still refuse to allow us to post direct links back to the site. I guess they (and their Chinese overlords) are too scared of us.

As I have been running around lately trying to do Christmas shopping, I have observed that there is still an overwhelming number of retailers who want to advertise holiday sales, and holiday gifts.  And it just totally kills the mood.  I think it’s terrible the way that so many retailers go out of their way to profit from Christmas, but can’t bring themselves to utter the name.  As if people are buying presents for some generic “holiday” in the dead of winter.
But Christ warned us about this.  That people would fall away.  The people at these retailers who are scared to so much as wish Christians a Merry Christmas, when the difference between profitability and bankruptcy for them depends on the faithful buying those gifts every December, are certainly those that that will be told, “I never knew you, depart from Me” on the day of judgement.
But, this isn’t anything new.  We have known for a long time that the corporatists are not of us.  Capitalism is an amoral system.  And I mean that literally.  Capitalism makes no statements about the morality of an action.  Capitalism can be good or bad, and it is all depending on the 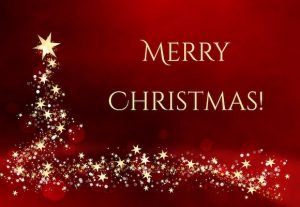 moral systems that the people in it follow.  Capitalism coupled with Christianity, as we have seen in America, is a phenomenal system for raising people out of poverty and creating a stable middle class.  Capitalism without Christianity is something we are learning about now, as the formerly Christian West is beginning to tear itself apart.
So, this Christmas season, celebrate with your family, because that’s the most important thing.  Remember why we celebrate, that Christ came to redeem mankind, and accomplished His purpose.  And that Christ will return in glory, and every knee shall bow and every tongue confess Him.  And while boycotts of these stores are generally not productive, try to make it a point to at least buy a few gifts from a retailer that will wish you a Merry Christmas.  At this point, if they’re willing to do that there’s a good chance they are your brother in Christ and every little bit of business helps.