The last time we spoke of CNN and Jim Acosta, it was to celebrate his banishment from the White House as a win for civility in American political discourse.  Unfortunately, CNN doesn’t see it that way and has filed suit against the Trump Administration to force them to let Acosta back in.  Before we get to the more fun angle of this article, let’s review a few basic facts

The major news agencies have banded together to sue the Trump administration over this.  Even though they didn’t have a problem with the Obama Administration wiretapping journalists, or the Obama Administration hacking Sharyl Attkisson’s computer.  But, let us consider for a moment the implications of a Federal Judge decreeing that The White House has to let Acosta in to question the President.
Yesterday, Federal District Court Judge Timothy Kelly (a Trump appointee) issued a temporary order for the return of Acosta’s White House credentials.  Let us hope that this remains a temporary measure.  Any federal judge that makes such a ruling on a permanent basis should immediately exit the court room to give the mandatory press conference explaining his decision to the press. 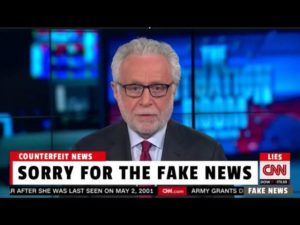 All Federal Courts should immediately have a press gallery installed and start granting press passes for the media to be able to query judges whenever they like on whatever subject they like.
The press should immediately be permitted to enter CIA Headquarters, NSA Headquarters, The Pentagon, The FBI, the IRS, the Department of Homeland Security, the EPA, etc. and demand press conferences of the heads and members of those agencies.
Presently, there are many places where there are no cameras allowed in the courtroom.  Those rules should thusly be considered unconstitutional.  Especially in places such as the Supreme Court where any decision becomes a binding precedent on every citizen of this country.  If the First Amendment doesn’t by nature permit the Press (or merely their cameras) into the Supreme Court, and require that the Justices answer questions about their reasoning of their rulings, then on what grounds will a court say that the President has to host the Press in the White House and be compelled to answer their questions?
But, let us for a moment consider the humor that could come from this.  This is, in fact a double edged sword.  Should a judge rule in favor of CNN, then the following simply must happen.
Infowars must immediately sue for access to Nancy Pelosi’s office, and demand that Pelosi answer whatever question Alex Jones puts to her.  If it’s good enough for Trump, it’s good enough for Pelosi.
Breitbart News should demand press access to Chuck Schumer’s office and demand that he answer their questions.
Also, the press at large should sue to end the closed door meetings of Congress.  The last time that Nancy Pelosi was Speaker of the House, she held a number of closed door sessions, and laughed at the Press when they requested access, citing Barack Obama’s pledge that the debate and discussion over what later became known as Obamacare would be televised.  If they’ll sue the Trump Administration over access for one poorly behaved reporter, they should also make it their business to hound Nancy Pelosi’s every move and meet her every announcement with abject skepticism.  If they won’t do that, they have no right to object when we call them Fake News.

Sunshine and Storm in Rhodesia (Part 18)