Six days later [after Jesus first predicted His death,] Jesus took with him Peter, James, and John the brother of James, and led them privately up a high mountain. And he was transfigured before them. His face shone like the sun, and his clothes became white as light. Then Moses and Elijah also appeared before them, talking with him. So Peter said to Jesus, “Lord, it is good for us to be here. If you want, I will make three shelters—one for you, one for Moses, and one for Elijah.” While he was still speaking, a bright cloud overshadowed them, and a voice from the cloud said, “This is my one dear Son, in whom I take great delight. Listen to him!” When the disciples heard this, they were overwhelmed with fear and threw themselves down with their faces to the ground. But Jesus came and touched them. “Get up,” he said. “Do not be afraid.” When they looked up, all they saw was Jesus alone.
As they were coming down from the mountain, Jesus commanded them, “Do not tell anyone about the vision until the Son of Man is raised from the dead.” – Matthew 17:1-9 (NET)

This light was like none Peter, James, or John had ever seen before. It was unlike the light we are told about in the first chapter of Genesis. This was uncreated light. The true light of the world.
Some time later, these four were huddled in a dark room with eight others, and Jesus told them that the bread they were about to eat was His body. Do you think they could have seen hints of that uncreated light there? Did they know that what they were doing was truly profound? Do we? 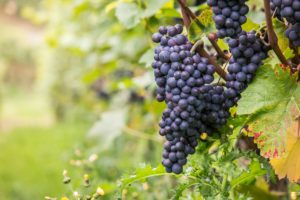 After the Resurrection, we know they told the other disciples about their experience. Matthew, Mark, and Luke wrote about it in their Gospels. And so, the story has spread for almost 2,000 years now. In the fruit of the vine, we see Jesus’ blood. And just as the story has spread, so has this blood and its effects. Let it have its effect in you.