Author’s note: At my church, we serve the bread and cup separately.

Now it was the day of Preparation, and the next day was to be a special Sabbath. Because the Jewish leaders did not want the bodies left on the crosses during the Sabbath, they asked Pilate to have the legs broken and the bodies taken down. The soldiers therefore came and broke the legs of the first man who had been crucified with Jesus, and then those of the other. But when they came to Jesus and found that he was already dead, they did not break his legs. Instead, one of the soldiers pierced Jesus’ side with a spear, bringing a sudden flow of blood and water. The man who saw it has given testimony, and his testimony is true. He knows that he tells the truth, and he testifies so that you also may believe. These things happened so that the scripture would be fulfilled: “Not one of his bones will be broken,” and, as another scripture says, “They will look on the one they have pierced.” – John 19:31-37 NIV

Hours earlier, Jesus had shared this meal with His disciples. But now, He was dead. His blood, spilled on the ground, separated from the Body it gave life to. Like how we eat the bread by itself, Jesus’ Body is only one half of the equation. It was an awful price that had to be paid to secure our forgiveness. 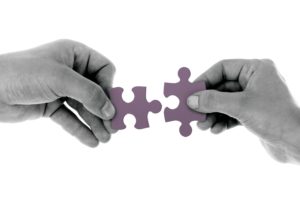 The fruit of the vine that we drink shows us the Blood of Christ. When we drink it, the Body and Blood of our Lord are reunited within us, and as Jesus’ Resurrection was new life, that new life is given to us in this meal. That new life is given to you, that you may act as the body of Christ, blessing those around you. God told Noah that the life of an animal was in its blood. In the same way, Christ’s life is in His, and He shares with us in this drink. As His Body and Blood were reunified that first Easter morning, let the combining of His Body and Blood within us bring us to that true Life that only He can give.

The Defense of Freedom on Dutch Dikes (Part 4)

John Wick: Seeing Behind The Curtain