Author’s Note: As in my earlier post, there will be some spoilers about John Wick, Chapter 3: Parabellum. If you have not yet seen the movie, consider yourself forewarned.

I recently posted some thoughts regarding John Wick being representative of Gen X, and made some passing comments about the ultimate leader of the world of The High Table, but I did not go in depth.  Here, I want to peel the layers back on this guy and make some more observations. 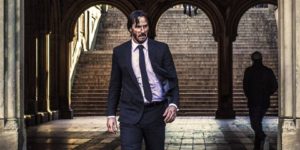 At the end of Chapter 2, we saw John proclaimed excommunicado, meaning that he no longer had any rights to use the facilities at The Continental. He also had a $14M bounty on his head, so that every hitman around was gunning for him. While I mistakenly believed that his comments about killing anyone who came after him indicated that he was no longer going to play The High Table’s game, he actually just meant it as a warning to any who might try to collect the reward for killing him. He would have no mercy on them. And this third installment certainly delivered on that. Many try, but none succeed. We might suspect that there will soon be a hitman shortage in that world, as he has removed quite a few.

But rather than remove himself from that world, he dives in deeper, hoping to gain an audience with This Overlord who “sits above The High Table.” In other words, John is trying to play by the rules, and is appealing to a higher authority, desiring to have the bounty removed, and his status restored. He even goes so far as to make a pledge to serve The High Table, before changing his mind, and eventually ending up where I had erroneously believed him to be at the end of Chapter 2. It just took him a little longer to get there.

So about this Overlord, Grand Poobah, or whatever his title actually is. (OK, his official title is “The Elder,” but he is not really that old, so I will just keep using the other terms). John Wick hoped to appeal to his mercy, and be given his freedom, but the reality is that this leader is just as corrupt as everyone else in authority. He did not climb to his position of leadership by being fair and proper, but merciless and diabolical. He offers John a devil’s deal, wherein he will spare Wick’s life if he pledges fealty to The High Table, kills his friend Winston, and then serves the High Table for the remainder of his life. So really,  John just ends up back where he started. 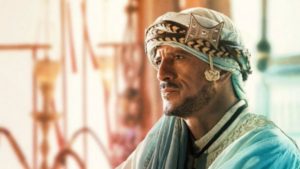 I will admit that while I thoroughly enjoy these films, this character really did not do it for me. I was expecting more. He was not nearly as grandiose as I had expected, and he certainly was not someone with the chops to be an effective leader. In fact, we might consider that the reason the High Table is so dysfunctional and there is so much turmoil in the leadership circles is because this guy is out wandering in the desert, living in a tent, not truly connected to the daily operations. I am sure he has some contact, but he is not a suitable leader.

Of course, this is a common trope in stories, as we might compare him to the Wizard in The Wizard of Oz. He acts powerful, and has some people bamboozled, but in reality, once you look behind the curtain, you realize that he is nothing all that special.

I fully expect Wick to take him out in Chapter 4, and deservedly so. If they are going to do it justice, John will leave a trail of bodies leading to this guy, and Mr. Poobah won’t even be able to put up much of a fight. It should be over very quickly.

Because once we look behind the curtain, we can no longer unsee what has been seen. We see those who purport to be strong and powerful for what they are – blustering buffoons. They can talk a good game, and make threats, but when the fight comes to their door, they are revealed as the impotent beings they are.

We see this not only in film and literature, but in reality. Most of what passes for leadership, whether in Washington or any other government (or their cronies in media, academia, etc.), is all bluster and little substance. Have you ever actually listened to their speeches or read their writings? They are simpletons, for the most part, and those who do have some semblance of intelligence are normally so corrupt that they couldn’t do the right thing, even if they wanted. It is a shell game, where the system only works when the participants agree to allow it to do so. Here are a couple of recent examples: Actor wants power and Mueller leaves with a whimper.
Throw a John Wick-sized monkey wrench into the mix, and the whole system will crumble.

Just as Toto pulled the curtain back to show us the Wizard, so John Wick can bring Herr Overlord and his minions to ruin.

Those powers-that-be rely on our tendency to live and let live, and to just let things work themselves out. They are not equipped to deal with members of the machinery that decide to make their own choices and to expose corruption and incompetence.

A recent commenter on the above-linked article pointed out that we don’t have to do anything to burn the house down, and that the house will burn on its own. He further opined that if Gen X actually had the ability to burn it all down, then we have the power to save it, as well, but we don’t. I do agree that the house is doomed, and it will come down whether we do anything or not. Entropy will win, in the end, but it is silly to say that just because we have not burned it down yet, we are incapable of doing so. The American Founding Fathers chafed under Britsh rule for a while before Concord and Lexington. 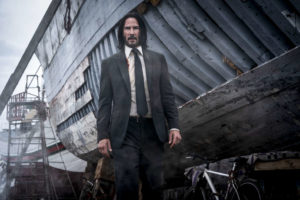 I think we really, really wanted to be left alone. We really did hope it would all work out. We tried to play by the rules, to work things out in our favor, but our own Grand Poobahs just could not allow that to happen. They are shown to be nothing more than petty demogogues, incapable of intelligent leadership. Gen X is, as a whole, finally figuring this out. Sure, some of us have been tooting that horn for a long time, but we are starting to gain more and more who agree. We will soon reach that tipping point, and it will come down. We do not have the power to save this system, because there is little that is worthy of salvage.

Once you see behind the curtain, you have to make a choice: Turn a blind eye to reality and stay out of the fight, or take the fight to them.  That is the choice John Wick and Gen X have to make.