Editor’s Note:  The following is a guest post by a friend of Men of the West.  We think it is outstanding.  Hopefully we can get our friend to contribute again.  Until then…  do enjoy this submission from Harbin.

ex·pend·a·ble: capable of being sacrificed in order to accomplish a [valuable] objective
dis·pos·a·ble: intended to be used once, or until no longer useful, and then thrown away
A subtle but, critical distinction.
For pretty much all of history, men have been considered expendable. Like a bomb dropped by a jet, an arrow launched by an archer, or a non-reusable rocket booster, men could be sent off on the hunt, to the mines, or to war, and as long as on average they provided more wealth in terms of meat, coal, or conquest than they cost to birth, raise, and train, and it was seen as an acceptable trade-off for the family / tribe / clan / nation. Losing half the city’s men in a war was OK, if their loss meant that their women and children were kept safe to bring up the next generation of related genes.
It’s a trade-off in the reproductive strategies that differ between men and women. Women take the risks of pregnancy and childbirth, the drudgery of being tied down with nursing and childrearing for a decade or so before the kids can make a really meaningful contribution to the household, the problem of being physically weaker and not having a huge say in the big decisions. They did all the household chores, and gave up sex more or less on-demand. If the city’s men lost the war, the women might well become the wives / slaves of the winners, but they were rarely killed outright – they were seen as potentially valuable breeding stock (to put it bluntly). Not a glorious life, but a relatively safe one. The men were not so lucky; if their side lost the war, they lost their lives.  Women were protected by the men, and men took great risks for them, because they needed the support to be able to raise the next generation.
But expendable means that something with significant value can be lost (“expended”) in exchange for something of equal or greater value. A hunter losing his life when taking a foolish risk in times of plenty for a small deer is rightly seen as stupid; the exchange is uneven. It’s a waste rather than a reasonable expenditure. A hunter dying in the process of taking down a woolly mammoth to save the entire tribe from starvation, or a soldier dying on the field protecting his city from conquest, is rightly seen as a hero; the exchange is worthy. His life is expended in exchange for something worthwhile. The tribe / polis is safe for a time.
In exchange, he knows his parents, siblings, and cousins will help support his widow and children, much as he would help support his widowed sister or sister in law, his fatherless nephews and nieces, and husbandless mother. His family genes go on, even if he does not. It increases his odds of being biologically successful (defined as having his genes passed on to a child who has a reasonable chance of doing the same).
Today, though, this reasonable tradeoff has morphed into men being disposable. Disposable means something that can be cast aside for no particular benefit, because it can be easily replaced – it has no particular or intrinsic value. A ballpoint pen, a butane lighter, a used facial tissue are all disposable. Cast one aside, grab one that works from the endless supply that manufacturers create. The new one is just like the old one, but it is factory-fresh, cheap, handy, and functional.
But civilized adult men take time to create. Much time and tremendous resources. And they are all individuals. They are most emphatically NOT fungible, interchangeable. But cast too many men aside, and the next one in line isn’t worth reaching for. A fit, educated, self-disciplined IQ 110 20-year-old can’t be replaced by an uneducated, unruly, IQ 95, 17-year-old. Some “exchanges” are much worse than that, too. An imperfect and totally average local man isn’t likely to be easily replaced by the typical MS-13 thrice-deported illegal immigrant, even if according to government stats they are the same age.
But what happens when men start to realize they are simply being used up and tossed aside for no appreciable gain for themselves? When their age-old bargain – they assume the risk of backbreaking labor (or long office hours) and combat in exchange for a wife and family and all that entails – is something that they are expected to honor, but not benefit from? They can be divorced and turned into an ATM for the next 20 at the drop of a hat, drafted into an army to “defend” people of no relation to them, their taxes support people who hate them and laws that bind them, and they get… nothing. Nothing but the bills and derision of the elites and the women and the media and law.
What then? Might they react badly? 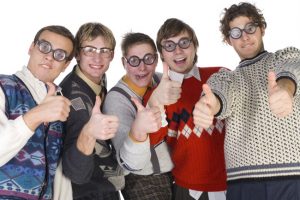 When men start to think of themselves as disposable, and realize that society thinks of them that way, what are their choices? Keep playing the game and blindly hope for the best? Give up and commit suicide sooner rather than later? Say “screw it!” and lash out at the tormentors? Keep working within the rigged system and try to change people’s minds, people who benefit directly from their economic enslavement? Disengage with a “sour grapes” attitude and play video games and watch porn in their parent’s basement (MGTOW)? File a lawsuit and get laughed at? Take up drugs? Become what you might despise, a PUA, and use the damned system to their own advantage, regardless of personal and social cost? Turn to the church and become a monk?
No, seriously. What to do?
When a man wakes up and realizes the whole world around him thinks of him as disposable, a worker to be tax-farmed, an ATM for child support payments (even if he’s not the biological father in many cases), a draftable soldier, an economic slave to be worked hard and discarded when broken, what is he going to do? When the scum think him a chump for working, and the elites rub his nose in the fact he’s not well-connected enough to work the system, and women deride him for not living up to Hollywood’s ideal they see in the rom-coms, what? “Man up?” What the hell does that mean in this case? Be the chump that everyone kicks and robs and holds in utter contempt until he dies with a goofy smile on his face? Be the cuck that that most women will settle for after they ride a bunch of hot guys way above their SMV, and hope one of the kids they raise is biologically his own? Be a PUA to get laid, and let the other chump pick up the bill and the mess? Retire from the battle? Go as bat-shit crazy as the world around them and go all Anders Breivik on it?
Standing up for your rights will often get you fired, or not hired. Being silent will get you used.
Or set your standards on acceptable female behavior FIRMLY and clearly, stick to them, let the ones whom you turn down know exactly why they are not worth it, and go to places where the right kind of women are likely to go (not tinder, FB, clubs, or feminist rallies), and be worth it yourself, pray, and hope for the best? Yeah, maybe the odds suck. But the alternative is another dark ages, but this time with biowar, few people with usable farming skills, many times more people, much larger cities that are both “diverse” and not able to support themselves, and nukes. And, when things start breaking, and the EBT doesn’t pull through, an honest man with some skills and a social network might suddenly look awfully appealing to some young women who haven’t been turned into harpies by the system.
Best of luck.

How to Defeat Antifa: Show Up