While it is fashionable among some commentators to bemoan the fact that the United States is not the same nation it was 240 years ago, it’s also silly and short-sighted.  No, America is not the same was it was in 1789. Neither was it that same nation in 1861, 1913, 1938, or 1964.
Because of changes in population, technology, religion, and even language, there is not a single nation in the world that is the same as it was two centuries ago. Many of them do not even have the same borders. Some modern nations did not exist, others have disappeared completely. Those pining for some sort of social and political stasis wish for what never has been.
Still, we are much less free than our fathers were, no?  When President Trump throws Maxine Waters in jail for calling him a liar, we will have just as limited a government as did the Americans of 1798, when Vermont congressman Matthew Lyon was jailed for four months under the Sedition Act for publicly criticizing President Adams. 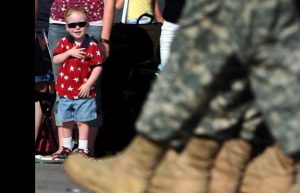 When the state legislature of California issues a bounty for the capture of James Dobson for being anti-abortion the same way the Georgia legislature did on William Lloyd Garrison for being anti-slavery, we will have just as much liberty of conscience as those of 1837.
When citizens are forced by law to assist private “government” agents in rounding up anyone they point the finger at — even if it’s obvious those people are being railroaded — we will be just as free as the men of 1850.
Yes, we pay for far more government than our fathers did*, but the government they paid for was just as dismissive of the rights of life, liberty, and property as is the current one.  And even moreso in many specific instances.
Independence Day celebrates our independence from the British – we were Brexit before Brexit was cool. And there’s never a bad day to celebrate liberty. It, like the Rights of Englishmen, is an ideal to which we should always and everywhere aspire. But if a man wants to complain on Independence Day that he is not free to do completely as he wishes, then he is pining for something that never was and likely never will be.  The best he can probably do is to move to a place where no one will bother him all that much. There are probably 2 million square miles in America where this is possible**.
Still, a liberty-loving man lives free despite the rules that surround him, while others live as slaves even in Utopia.  Freedom cannot be granted a man. Either he takes it for himself, or he lives without it.  And not just on the Fourth of July.
* That government wastes tons of money is a feature, not a bug.  We should all be thankful we do not get all the government we pay for.
** If you are within hailing distance of ten million people, you are not in one of those places.

The Declaration of Independence