I’m thinking of making these a regular feature. Maybe call them The Kurganing. You know, when a pathetic cliche of SJW human wreckage sticks its primary blobule of fat above the parapet, make whale oil of it for your entertainment. 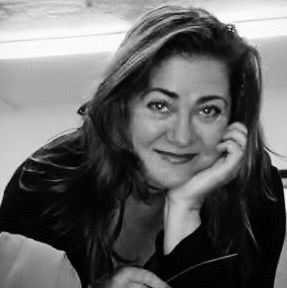 Let us begin. Our subject today is this delectable denizen of the underbelly of the Internet sewage pipe that is Huff Po:
Suzanne DeWitt Hall.

And here is one of her many offences against humanity, second only to her showing her corpulence in public.

Now, given that the very core of feminism has always been obese jokes of nature being miserable at the fact that no one wants to have sex with them and so they go crazy and try and make no one else have sex with anyone, this is kind of hilarious on its face.

What, you say? A fat lesbian cat owner trying to pervert Christianity? Colour me shocked eh?

But of course it’s not even that, her impotent rage here is clearly designed only to infuriate Christians so she can then further play the victim.

Why does she do this?

Because she’s terribly angry you see. She is fat and unattractive, but her personality is even uglier than her exterior and that makes her so toxic to men she has reduced herself to being a carpet muncher. That’s the only way she can try to rationalise why men avoid her like radioactive leprosy. It’s because she doesn’t need them! It’s because she’s a strong independent lesbian!

Except… no one other than another human wreckage even gives her the time of day. And that irks her too. Enrages her. And nothing she says or does will ever get a hardbody of either sex to go pushing through the layers of folds, digging through the stench of week-old pizza and cheeto-sweat to find the festering acidity of her snatch and then be so perverse as to lap at it until she has an actual orgasm.

That has never happened to her. And never will. No amount of money can ever even buy the experience for her from anything other than a burnt out meth-head probably, and they are not exactly empathetic people.

So her rage drives her to want to destroy anything that is loving, true, beautiful, gentle, kind or salvific. And Jesus Christ of course is all of those things, so He will be her perfect target. In her sick mind, there is the added bonus that she will “upset Christians” and so, her hope is, bring them into a state of despair approaching her own. In other words, she has chosen to serve the prince of this world, the father of lies.

She is a pathetic creature really and most Christians can only feel some pity for her and then politely ignore her insanity and despair and pain, for they know that they cannot help her with any compassion or love, because she is rebellious and rejecting it in the most obvious way. No, the correct course of action when faced with these sort of misshapen blobs of acid and vitriol is to treat them for what they are. That is, lost, bitter, raging, servants of the enemy.

Hate the sin love the sinner? Sure.

And the way you do that is you stomp the sinner into the dirt first, whether physically against a violent offender of the antifa variety, or metaphorically as I am going to do now to this human sow.

Later, once they have been neutralised completely, you can say a prayer over them. It is not for us to judge their souls. But we are in fact commanded to act here in the world against worldly things.

Suzanne: you are obese.

You are filled with hate, and no masquerading it as “love” changes that fact.

Your attempts at perverting the minds of children with your despair in a vain attempt at justifying your mental illness are the evil acts of an evil person attacking the most innocent: children.

You are not a Christian of any kind, and your kind is clearly lost to God and bound for eternal damnation unless you repent truly all your evil ways.

Because I have lived as a non-Christian most of my life, and because I am a spectacularly bad Christian, as well as a recent one, I can say with some certainty that this is unlikely. You are too lost, too full of hate and despair to admit your sin of arrogance and pride, and you will go to your grave unhappy, alone and in despair.

I don’t think even your cat likes you.

This doesn’t make me happy, but if the choice is to permit your incessant stream of diarrhea to continue unchallenged, or to force you and all who read here to see you for the twisted mental patient you are, and by doing so curse you into further despair and pain, then I make my choice with an easy heart.

You are a horrible creature and Western Civilisation has no space or need for your kind. You belong in a home for the mentally unstable, and certainly have no part in a Christian culture.

Your children’s books are a perversion and an abomination, as are you and your mind.

Your vain attempts at creating more despair do not work on actual Christians. Maybe you can upset a few Churchians, but they don’t count either. Your ridiculous attempts at trying to make Jesus transgender are so pathetic you know yourself they are. Which is why you disabled comments on that post. Even as you pretend your life and opinion has a point, you know you are a failure.

But you can prove me wrong and show me just how brave and strong you really are. Here is a challenge for you: write a similar piece about Mohammed, the false prophet of the Muslims. Let’s see you do that.

I won’t hold my breath.

You rail against Christianity for one reason, and one reason alone: because it is true, and you, as a servant of the Prince of Lies, hate the truth.

Why? Well… what have you to gain from it? You think it’s nothing but pain. And at first that’s true. You’d have to first of all face these facts at a minimum:

You hate your body, rightly so, because you’re obese and disgusting.

Because you feel, and for the most part are, unloved. And unlovable. 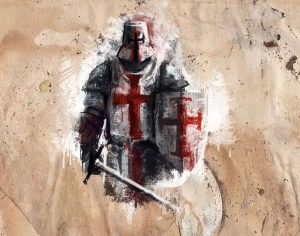 You’re temporarily shacked up with another human train wreck and that’s all you have going for you.

You try to pervert the most innocent just so you can try to feel a shred of acceptance or success, but it never works because twisting a young mind into not seeing you for the abomination you are is not the same as being loved Suzanne. And your twisted soul knows it. And shrieks.

And that’s just for starters. Who knows what other demons you have in your past that made you the twisted beast you are today. There is, no doubt, more tragedy and pain there and you’d have to wade through all of it, hampered by your blob-like body all the while.

And only after all that may you begin to experience the true Grace that comes from God, and some amount of redemption, and true love, and in time, perhaps, even the love of a man that would fulfill you, even if it’s probably too late for her to have children, and possibly for the best, given your mental health issues.

The first step to a happy life is facing reality. That means first of all the deepest truth about yourself. Why you do what you do even when it’s not healthy for you. That can be a very long road, especially for those who do not know the important underlying truth of all: Christianity is real.

It describes reality better than any other philosophy, even if most people are unaware of this because most so-called Christians are really Churchians. They have been lied to about Christianity from the start.

But if you take the time to simply educate yourself, you’ll find that Christianity is extremely surprising. Pacifist in nature but perfectly able to wage absolute war on its true enemies.

And is this fat, ugly, lesbian my true enemy? In truth she doesn’t rise to the level of being even a nuisance, personally. Personally, I see her as entertainment. Something to point and laugh at, with not a little cruelty that gives me a bit of a rush. I told you, I’m a very bad Christian. But I have my uses. God loves his martyrs more of course, as is right; but he loves his warriors too.

And while this is not exactly the facing off against a toxic whale with a lance, in some kind of dangerous combat, it is, at least, a certain shot to the underbelly of the cultural war the Marxists, feminists, SJWs and other assorted imps of the demons are waging on us.

So, Suzanne, put a lock on that fridge, get thee to a swimming pool, cry your heart out at your miserable existence and when you are shattered completely ask God to help you. He does love you. Yes, even you. I don’t, and I would prefer if you fell off a cliff with all your kind, but I’m just a bad Christian and not a very patient one at that. But God will yet save you if you ask him truly and honestly.

You can start by publicly apologising and repenting. Which personally, I would bet money on, you would never do honestly, but hey, at least I told you the right path. Avoiding it as you almost certainly will is not on me. It’s on you.

Vacationing With Your Kids

David Jones on Soldiers and Rifles