RE: Michael Flynn – Why Would a Person Lie to Law Enforcement About Actions that Weren’t Otherwise Illegal? 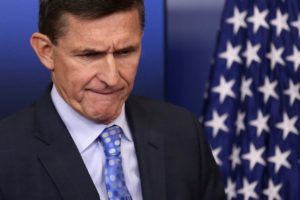 A number of people are asking why Michael Flynn would have lied to the FBI if he hadn’t committed any other crimes in his contacts with Russia and other related issues.  And on its face, the question seems reasonable enough – if the truth won’t result in you going to jail, then why not just spit it out?  Surely Flynn’s lying to the FBI is PROOF that he committed other crimes… and this means he’s about to roll on President Trump and bring down the entire administration.  Right?
Actually… that’s probably not the case.  The fact is that people lie to law enforcement about otherwise legal activities for any number of reasons.  But first…
One should never talk to law enforcement when being interrogated about matters that may be criminal.  Talk through your lawyer.  Period.  But then I’ve already covered why you shouldn’t talk directly to law enforcement here:

But people DO talk directly to law enforcement without their attorneys.  And sometimes those people lie to law enforcement, even when they haven’t committed any substantive crime.  Sometimes it’s to make themselves look good (or less bad).  Sometimes it’s because they’re not familiar with the law and fear their actions might have been criminal.  Sometimes they simply panic and say something that is less than truthful because of the duress of being interrogated.  There are a number of well-known examples of politicians and celebrities who have lied to law enforcement, even though they weren’t charged with or convicted of a substantive crime.  For example:
Martha Stewart lied about something which apparently wasn’t a crime:
“That’s because Martha Stewart was recently convicted of lying to federal agents in an unrecorded, unsworn, and voluntary interview she gave about an insider trade for which she was never criminally charged, either.”
Scooter Libby of the Bush administration was involved in the situation involving the leak of the identity of covert CIA agent Valerie Plame.  “Libby told the FBI that he told Kessler about Plame; Kessler testified he did not. So Libby was convicted for telling the FBI he didn’t tell Russert about Plame and falsely admitted to telling Kessler about Plame—when he did not. If this was a ‘cover up,’ it was the oddest in history…”.
Bill Clinton’s choice to head HUD, Henry Cisneros, “told FBI agents that he paid her up to $2,500 a month and no more than $10,000 a year. But Ms. Reno’s investigation showed that he paid her more than $2,500 at various times, with annual totals of between $42,000 and $60,000.  These payments had no direct bearing on the job Mr. Cisneros would do at HUD.”
Cisneros was convicted of lying to the FBI.
Then there was the State Treasurer who didn’t break any substantive laws, but was convicted of lying about contributions – because she feared that she MIGHT have done something illegal.
I could go on with examples from both political parties.
The idea that it was/is unique for Flynn to lie about something that wasn’t actually illegal is ignorant.  It happens ALL THE TIME.
What everyone, including you, the reader, should be more concerned about is that the government can put you in prison for lying to them about virtually anything – even things that aren’t crimes… but the government is allowed to lie to you, me, anyone… at any time, about anything… even to the point of saying that they have evidence that they don’t have in order to convince you to enter a plea.
We all should be upset that Martha, Libby, Flynn, Cisneros and many, many others from all parts of the political spectrum are put in legal jeopardy even though they haven’t actually committed a substantive underlying crime.
Here are excerpts from a good article pointing out the problems with allowing the government such leeway:

“But why, you may ask, should law-abiding citizens be alarmed about this statute? Don’t the feds only pick on big-league liars? Don’t we trust the federal government and its law enforcement officers and assume that they are responsibly trying to ferret out crime? Besides, if we meet an FBI agent that we do not trust, can’t we always decline to speak to him?…
Consider, for example, the following hypothetical. Assume you are the former employee of a corrupt home health care agency. You hated the place, left as soon as you could and did your best while there not to join in the fraud you saw being committed all around you. Nevertheless, you looked the other way and on occasion minimally aided the owner’s criminal behavior. Maybe you transported false vouchers to the mailbox or handed miscoded bills to a visiting auditor. (It is very easy under federal criminal law to passively aid another in his or her crime and thereby subject yourself to criminal exposure. All you need is to know of another’s crime and perform any act, even a minor act, that intentionally and knowingly facilitates the crime.) Assume further that you are a registered nurse and that your licensing state will revoke your license if they find that you were involved in fraud. One afternoon, two years after you quit, your neighborhood FBI agent comes calling. He needs damaging information about your former employer and you certainly know enough to help out. But revealing what you know could also expose you to revocation of your license. What do you do in that situation and what are the potential pitfalls?
Your first instinct may very well be to feign lack of knowledge concerning the details of the former employer’s behavior, particularly if, as is often the case, the agent’s visit is unexpected. People often panic in these encounters and blurt out falsehoods to cover up past misdeeds, even very small misdeeds. Once you make that fateful choice the FBI agent and the Assistant United States Attorney (“AUSA”) who he works with may have you over a barrel. If they possess enough evidence to prove that you are lying they can bring or threaten to bring charges against you under Section 1001. In fact some AUSAs specifically send agents out to conduct interviews knowing that a witness will either tell the truth and help build a case against someone else or lie and subject himself to a Section 1001 charge. In such situations, the federal agent is typically well-informed about the facts of the case, but plays dumb in order to instill a false sense of confidence in the interview subject. And, unlike you, the agent has had time to examine all relevant documents…
Even if the prosecutor does not really want to indict a little fish like you, by lying in the interview you may force him to do so. If he ultimately convinces you to tell the truth and indicts your former employer, he must still reveal your falsehood to the employer’s attorney, under Brady v. Maryland, 373 U.S. 83 (1963) and Giglio v. United States, 405 U.S. 150 (1972). This information will be used by the attorney to publicly and vigorously cross-examine you at trial. Since you are now going to be a tainted witness, because of your original falsehood, the prosecutor may feel obliged to indict you in order to show a jury (or other potential witnesses) that you have paid a price for lying to the FBI…
Hence we see that even a decent person who tries to stay out of trouble can face criminal exposure under Section 1001 through a fleeting conversation with government agents. What else can be done (in our hypothetical interview) to avoid being placed in such a dilemma? Of course, you can simply tell the whole truth the first time, like your mommy taught you to do. Wouldn’t that be the easy thing to do, even if your nursing license ends up being revoked? Perhaps. But by telling the truth, and avoiding prosecution under Section 1001, you expose yourself to a potential indictment for aiding and abetting your former employer’s health care fraud. You don’t think it could happen? Trust me. It happens all the time, almost every week, all across this country.”

And here’s a piece by James Bovard:

“If you question the National Highway Traffic Safety Administration’s position on air bags and apply for a switch to deactivate the device, you have to check off one or more state-approved reasons. You then have to certify that the statement you just made is “truthful, correct and complete to the best of your knowledge and belief” and acknowledge that if you make a false, fictitious or fraudulent statement you are subject to criminal prosecution.
If a taxpayer misreports his income by only a few hundred dollars, he can be fined or sent to prison for tax fraud. But if an IRS employee misrepresents federal tax law to jack up a citizen’s tax bill by thousands of dollars, he is not penalized.
Roughly 2 million Americans are audited each year; these audits generate almost $30 billion for the federal government.
How consistent are auditors in their misrepresentations? In 1996 the IRS Appeals Office found that almost 70 cents of each dollar of additional taxes that auditors demanded that year were unjustified. Is this a lie, or is it what poker players call a bluff?”

I recommend that people reconsider human nature and the fear that comes with merely being investigated.  That is all that is necessary to explain why people sometimes lie about things that aren’t illegal.
In closing, a side note about Flynn’s plea:  As the noted Hillary and Obama supporter Alan Dershowitz has pointed out, getting your star witness convicted of lying is a great way to destroy the credibility of your star witness.  None of us outside the investigation actually know what is going on here, but Flynn’s deal doesn’t appear to be a positive thing for Special Counsel Robert Mueller.

“The last thing any prosecutor wants to do is to have to indict a primary witness for lying… If you indict your witness for lying, it really means he’s not useful as a witness, he has no credibility… I’m sure the prosecutor was dying to indict him for some scheme or conspiracy but there is nothing there and he had to finally come down and indict him for lying, which makes him a useless witness… This is not a show of strength by the prosecutor but show of weakness. They have nothing on anybody above Flynn, and Flynn made the terrible mistake about lying about something he could have told truth about… If I’m a defense lawyer, I have no trouble destroying his credibility on the witness stand.”