Back in January, my city had a celebration of Martin Luther King, Jr.’s life and legacy on the weekend of his birthday. Students were awarded for their essays. Some worthy local charities that feed the poor and house the homeless were supported. But then, it went off the rails.
The keynote speaker mentioned that he worked for President Obama. And then brought the LGBTOMGWTFBBQ struggles in as equivalent to the racial struggle for rights. Christopher Columbus was disrespected. Native Americans were portrayed as being completely nonviolent.
Then he implied that Newt Gingrich and Mitch McConnell opposed President Obama’s agenda only because of race.
At that point I grabbed my things and walked out of the auditorium. I held my tongue. 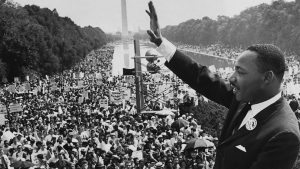 If you associate yourself with the ideal MLK and imply your opponents are racist, you might be a hypocrite. If you associate yourself with an idealized Christian minister and then defend those who flaunt their sexual sin, you might be a hypocrite. If you call out the violence of whites but not that of blacks, you might be a hypocrite.
If you want to do these things, then you need to take up the full legacy of Dr. King and the Civil Rights Movement. Embrace his philandering and plagiarism. Embrace the destruction of the black family which came from having Uncle Sugar replace a father. Loudly embrace the chaos that his marches brought to towns in the South. If you embrace that, then you can talk about the sins of your opponents.

Where to Live IX – Catastrophic Threats