Editor’s note:  The following is extracted from The Uses of Diversity, by G. K. Chesterton (published 1920).

It is odd how often one may hear, in the middle of a very old and genuine English town, the remark, that it looks like a foreign town. I heard it only yesterday, standing on the ramparts of the noble hill of Rye, which overlooks the flats like a Mount of St. Michael left inland. Most people know that Rye contains a mediæval monument which might almost be called a mediæval prophecy—a prophecy of modern things more awful than anything mediæval. It is an ancient tower, which has not only always been marked on maps with the name of Ypres, but has always been actually pronounced by the name of Wipers. Nothing could mark a thing as more continuously national than that Englishmen sundered by vast centuries should actually make the same mistake and should mispronounce the same word in the same way.

There is in this small point a paradox we must understand, especially just now, if we are to have a really patriotic foreign policy. It is very unlucky that for some time our teaching of history has been rather the unteaching of history, because it has been the unteaching of tradition. Our histories told us we were Teuton; our legends told us we were Roman—and, as usual, the legends were right. It is not only true that England is nowhere more really English than where she is Roman—it is even true that she is nowhere more really English than where she is French. To take only the chance example, with which I began above, you could find nothing more national, more typical, more traditional, as a real piece of English history, than the very phrase “The Cinq Ports.” And it is all the more English because the word “cinq” is French and the word “port” is Latin. A Teutonist professor, full of some folly about “folk-speech,” might insist on our calling them “The Five Harbours,” or (for all I know) “The Five Holes.” But his version would be less popular, and only more pedantic. The Latin was always the popular element, which may not sound so odd if we happen to remember that the very word “popular” is Latin.

Thus our alliance with the French and the Italians is not something to be supported for the sake of the last five years. It is something to be solidified for the sake of more than a thousand. The fact has been hidden by the historical accident that we have often been the antagonists of the French in particular rivalries for particular things. But we were always much nearer to the French when we were their antagonists than to the Germans when we were their Allies. There was much more resemblance between a knight like the Black Prince and a knight like Bertrand du Guesclin than there ever was between a sailor like Nelson and a soldier like Blücher. A town like Rye is full of memories of fighting with the French, especially in the Middle Ages; of raids to and fro across the narrow seas, in which the bells of the coast-town churches were captured and recaptured; and there are spirited stories about the Abbot of Battle, worthy to be turned into ballads. But the very fact of these coast-town raids suggests that it was coast against coast, and even seaman against seaman. But the whole point of Prussian war was that it was an inland thing; the whole point of English war that it was an island thing. The alliance with Prussia was never either popular or natural; it was wholly aristocratic and artificial. Compared with that, the mediæval war was as friendly as a mediæval tournament. Nor was it peculiar to the case of France; it was true of all we call Latin—all that remains of the Roman Empire. The Latins, even when treated as foes in politics, were treated almost as friends in popular tradition. The English sailors sang in their idle moments “Farewell and adieu to you, fine Spanish ladies,” even when they had devoted their working hours to singeing the beards of the fine Spanish gentlemen. The children in the nurseries sang in imaginative triumph “The King of Spain’s daughter came to visit me,” though their Elizabethan parents might have been lighting the beacons and calling out the train-bands to prevent the King of Spain’s son, the noble Don John of Austria, from paying them such a visit. A thousand nursery rhymes and nonsense tags testify to a vast popular tradition that Southern Europe was the world to which we belonged. We belonged to a system of which Rome was the sun, and of which the old Roman provinces were planets. We were never meant to pursue a meteor out of empty space, the comet of Teutonism. Our place was in an order and a watch of stars, though one star might differ from another in glory. Our place was with that red star of Gaul which might well bear the name of Mars; or that morning and evening star which the Latins themselves named Lucifer, last to fade and first to return in every twilight of history; Italy, the light of the world. 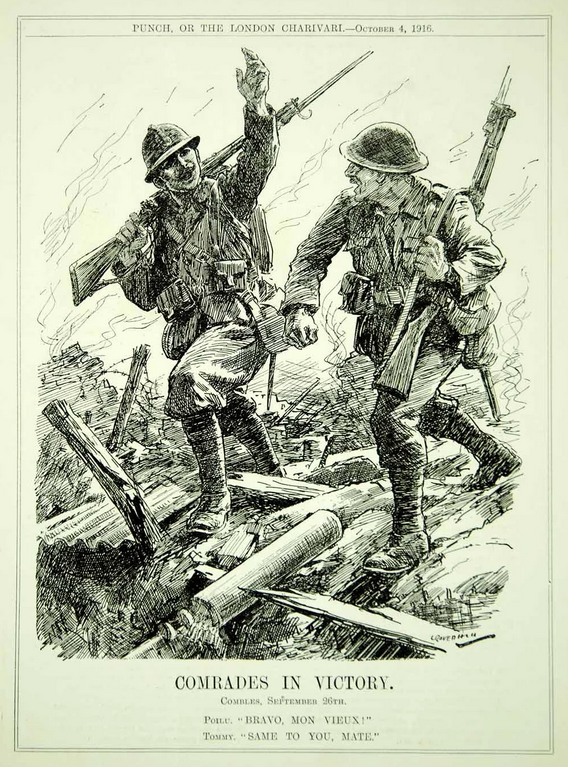 A Latin alliance is founded on our history, though not on our historians. The French and English who fought each other round these southern harbours were also ready to help each other, and often did help each other. Not only did they frequently go crusading together against the Turks, but they would have been ready at any moment to go crusading against the Prussians. Chaucer was exceedingly English, and therefore partly French; and he sends his ideal knight to fight the heathen in Prussia. Froissart was highly French, and therefore respectful to the English; and he says that the French and English always do courtesy, but the Germans never. The truth is that all the old English traditions, scholarly and legendary, chivalric and vulgar, were at one in referring back to Roman culture, until we come to a new crop of very crude pedants in the nineteenth century.

Most of them were prigs, and many of them were snobs—for it was largely a Court fashion, spread by Court poets and Court chaplains. It was like a huge, hideous, gilded German monument; and, fortunately, it has already fallen down. But I think it undesirable that the mere discredited litter and lumber of it, left lying about, should for ever prevent us from building anything else.

Even after the ghastly enlightenment of the war there are people who cannot clear their minds of the notion that the Prussian is the Progressive. They think he is progressing now, because he is picking up new things. Picking up new things is not the way to progress, any more than picking up grass by the roots is the way to make it grow. The northern barbarian always has picked up new things, especially when they were other people’s things. It was still only picking up new things, whether it was picking pockets or picking brains. And there was always one other note about the new things—that they never lived to be old. The barbarians followed the creed of Arius as they followed the ensign of Attila. But nobody remembers Attila as everybody remembered Alfred; and, though some modern people object to hearing the Athanasian Creed, they have no opportunity of objecting to hearing the Arian Creed. The enthusiasms of semi-savages do not last.

Holding Back the Tide