It is popular in our modern day culture to beat up the Pharisees.  After all, Jesus Himself called them out for being hypocrites, and we are informed that there is nothing worse than being a hypocrite, right?  That’s one of the big reasons why people claim they don’t go to church.  That the Church is full of hypocrites who are oh so judgmental.  And we think that because Jesus ripped the Pharisees a new one in His Sermon on the Mount that there’s nothing we can learn from them.  But that’s not exactly what Jesus said.  Let’s quickly review what exactly Jesus said.

Then Jesus said to the crowds and to his disciples: 2 “The teachers of the law and the Pharisees sit in Moses’ seat. 3 So you must be careful to do everything they tell you. But do not do what they do, for they do not practice what they preach. 4 They tie up heavy, cumbersome loads and put them on other people’s shoulders, but they themselves are not willing to lift a finger to move them.

5 “Everything they do is done for people to see: They make their phylacteries[a] wide and the tassels on their garments long; 6 they love the place of honor at banquets and the most important seats in the synagogues; 7 they love to be greeted with respect in the marketplaces and to be called ‘Rabbi’ by others.
8 “But you are not to be called ‘Rabbi,’ for you have one Teacher, and you are all brothers. 9 And do not call anyone on earth ‘father,’ for you have one Father, and he is in heaven. 10 Nor are you to be called instructors, for you have one Instructor, the Messiah. 11 The greatest among you will be your servant. 12 For those who exalt themselves will be humbled, and those who humble themselves will be exalted. 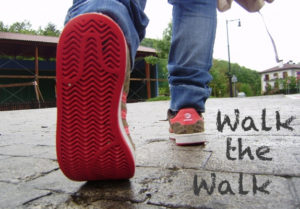 As you can see, Jesus opened a rather scathing diatribe against the Pharisees by saying to do what they tell you, but do not do what they do.  This is significant, because the Pharisees were locked in a culture war with the Sadducees, and Jesus is endorsing their theology here.   At this point it might be helpful for a quick review of what the Pharisees believed and what the Sadducees believed.  The Sadducees, if you will recall, were in cahoots with the Romans and were the majority in the Sanhedrin.  Caiaphas, the High Priest when Jesus was crucified, is thought to be sympathetic to the Sadducees.  The Sadducees held only to the Torah, and did not believe in life after death.  The Pharisees’ theology is much more in line with what we would recognize in this day and age.

So, the first thing that the Pharisees did right was they knew the Scripture and took it seriously, even if they only did it so that they could gain status.

The second thing that the Pharisees did right is that they knew who Jesus was.  Now, before you all object about all the times that they tried to trip Him up and the times that they wanted to kill Him, we’ve already established that they were hypocrites in love with their status.  But, we know from John chapter 3 that at least one Pharisee broke ranks and went to the trouble of seeking Him out.

Now there was a Pharisee, a man named Nicodemus who was a member of the Jewish ruling council. 2 He came to Jesus at night and said, “Rabbi, we know that you are a teacher who has come from God. For no one could perform the signs you are doing if God were not with him.”

3 Jesus replied, “Very truly I tell you, no one can see the kingdom of God unless they are born again.[a]”
4 “How can someone be born when they are old?” Nicodemus asked. “Surely they cannot enter a second time into their mother’s womb to be born!”
5 Jesus answered, “Very truly I tell you, no one can enter the kingdom of God unless they are born of water and the Spirit. 6 Flesh gives birth to flesh, but the Spirit[b] gives birth to spirit. 7 You should not be surprised at my saying, ‘You[c] must be born again.’ 8 The wind blows wherever it pleases. You hear its sound, but you cannot tell where it comes from or where it is going. So it is with everyone born of the Spirit.”[d]
9 “How can this be?” Nicodemus asked.
10 “You are Israel’s teacher,” said Jesus, “and do you not understand these things? 11 Very truly I tell you, we speak of what we know, and we testify to what we have seen, but still you people do not accept our testimony. 12 I have spoken to you of earthly things and you do not believe; how then will you believe if I speak of heavenly things? 13 No one has ever gone into heaven except the one who came from heaven—the Son of Man.[e] 14 Just as Moses lifted up the snake in the wilderness, so the Son of Man must be lifted up,[f] 15 that everyone who believes may have eternal life in him.”[g]
16 For God so loved the world that he gave his one and only Son, that whoever believes in him shall not perish but have eternal life. 17 For God did not send his Son into the world to condemn the world, but to save the world through him. 18 Whoever believes in him is not condemned, but whoever does not believe stands condemned already because they have not believed in the name of God’s one and only Son. 19 This is the verdict: Light has come into the world, but people loved darkness instead of light because their deeds were evil. 20 Everyone who does evil hates the light, and will not come into the light for fear that their deeds will be exposed. 21 But whoever lives by the truth comes into the light, so that it may be seen plainly that what they have done has been done in the sight of God.

What we learn from this is that even though they were hypocrites, when confronted with the truth there were still some of them that would break ranks and seek it out.  They knew the Scripture, and they knew who He was.  I have a vision of them praying, “Really, Lord?  This guy is the Messiah?  He dines with Tax Collectors!” 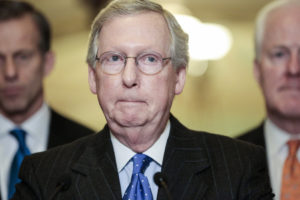 And lastly, when it came time to appoint another Apostle, Saul of Tarsus, a man who referred to himself as a Pharisee’s Pharisee.  A man whose dedication to the Scripture was unparalleled, but whose rigid inflexibility led him to persecute the Church and believe he was doing it for the glory of God.  After a wee bit of divine intervention the Apostle Paul became the principle agent of the Gospel throughout the Roman world.  And the encyclopedic knowledge of the Scriptures that the Pharisees held to served him well in his mission.  The teachings of the Apostle Paul are foundational to the Church, and his theology was shaped by his training as a Pharisee.

As I was writing this, I couldn’t help but think that there’s a parallel here between the Pharisees and the modern Republican Party.  Both of them stake out positions that are “correct”, and both of them are filled with windbag hypocrites who don’t practice what they preach, do not believe their orthodoxy, and merely are in it for the title and the ability to lord their position over others.  The Pharisees were ultimately subsumed by what we consider Orthodox Judaism, and hopefully the Republican Party will be subsumed into something that is actually good for the United States.

What would Jesus Carry?

The Boer and the Bore