Editor’s Note: Our buddy,  The Dark Ninja of Mockery and Twin Red Shadow of Justice, gives his thoughts on all things Google. 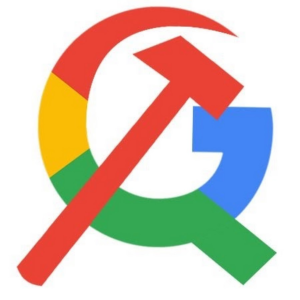 It all started so promisingly.
In those far-off, sunny days of the late 90’s, a couple of nerds at Stanford invented a way of searching the internet that wasn’t complete garbage. This being California, investors threw money at them, users quickly said hasta la vista to Alta Vista, adieu to Yahoo! and, uh… goodbye to Ask Jeeves, and Google was soon one of the biggest companies in the world, rolling in cash and beloved by everyone.
Only the smartest, choicest, most fabulously autistic of geeks worked there, and in their playfully be-foosballed subterranean software labs they created wonderful tools and then gave them to you for free: Image Search, Maps, Gmail, and so on.
It couldn’t last.
The more successful a company gets, the bigger it gets. The bigger it gets, the more vulnerable it becomes to what Vox Day describes as social justice convergence. Convergence describes the degree to which an organization prioritizes radical leftist notions of social justice, and there’s nothing social justice warriors like more than infiltrating an existing group, killing it, hollowing it out, wearing its face like a skin-suit, and then demanding your respect.
Basically, it’s like HIV, but for institutions.
Convergence is a major problem in the Western world, arguably the major problem. Because inevitably, as an entity becomes more converged, its core reason for existing becomes increasingly neglected or even actively suppressed. For example, English police and social services – the people whose job it is to protect children –  allowed 1,400 little white girls to be raped, beaten and tortured by Muslims over a 15 year period. That’s not 1,400 little girls in total across England, that’s just in one small town. Many other towns and cities have suffered from the predations of Muslim rape gangs.
Why was this allowed to happen, even while tiny, vulnerable children cried out for help? Because the English police and social services are fully converged. Enforcing the law and protecting children might still be their official reason for existing, but as they’ve been taken over by the social justice hivemind their real purpose is now to signal politically correct narratives. 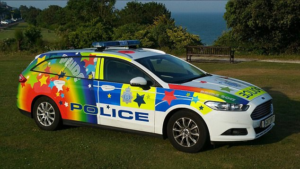 N.W.A. Did Nothing Wrong

Google is now very far along this piteous path of poz, as anyone who’s ever wondered why they have Google Doodles for Mohammedan festivals, obscure monobrowed lesbians and random Third Worlders – but not for Easter – might have noticed. Not coincidentally, Google is also now full of blue-haired freaks, man-hating butterbeasts, polyamorous perverts, trannies, and all of the above.
This is a problem, because as the global economy and the free flow of ideas and information now relies on the internet, the biggest players on the net are becoming increasingly partisan and ideological. YouTube – a Google company – is one of the worst offenders in maliciously censoring pro-Western voices, while at the same time serving disturbing and even paedophilic content to kids.
It’s also a problem for many of Google’s 72,000 employees, as their workplace has become consumed with insane leftist psychodrama and daily digital struggle sessions which match the infamous Chinese Red Guards for viciousness and exceed it in gayness. If you’re a normal white man working at Google, you’re automatically now a target for abuse, discrimination, and blacklisting.
But one brave man is fighting back against the Goolag.
James Damore might not be the hero we deserve, but he’s the one we need right now. Damore is one of those clever geeks who used to make Google great. An actual, bona-fide, Harvard-educated software engineer with nary a septum piercing, he was fired from his job at Google in 2017 for being a white man who expressed mild disagreement with some of his colleagues regarding the cult of Diversity™.
After his very public humiliation, during which many of his colleagues and even senior managers at Google heaped hate, scorn, and threats of violence on him (naturally, none of those people were let go), most nerds would slink away and lick their wounds in private before quietly trying to find a job elsewhere.
Not James “Iron Balls” Damore. He’s now suing the Goolag for its discriminatory employment practices. In effect, he’s suing to make Silicon Valley safe for normal white men again.
The trial date hasn’t been set yet, but Damore has already lifted the lid on some of Google’s more bizarre and offensive practices, which include (with thanks to @mjaeckel on Twitter):
1) Kicking “cheesy white males” off of conference spots 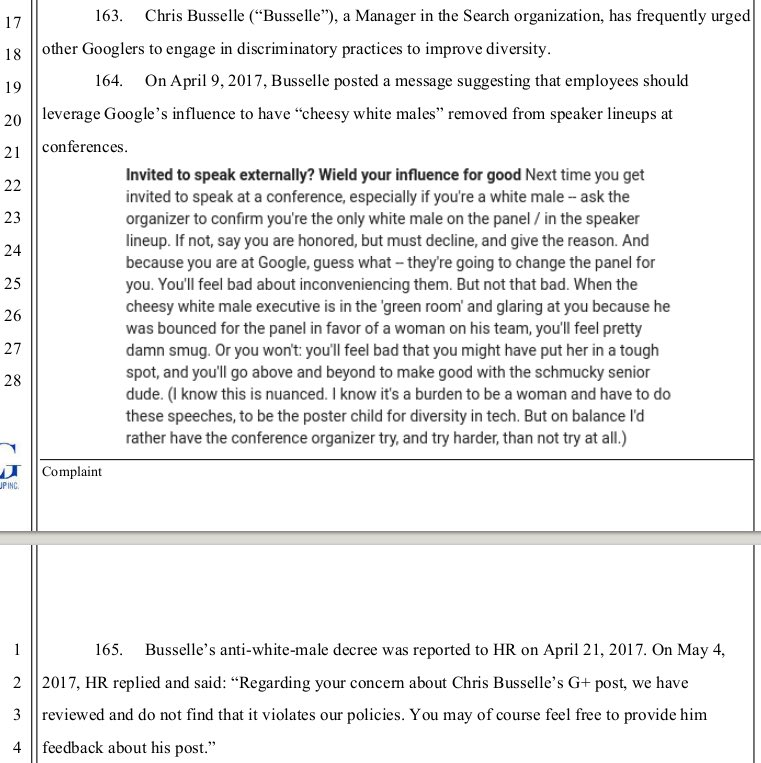 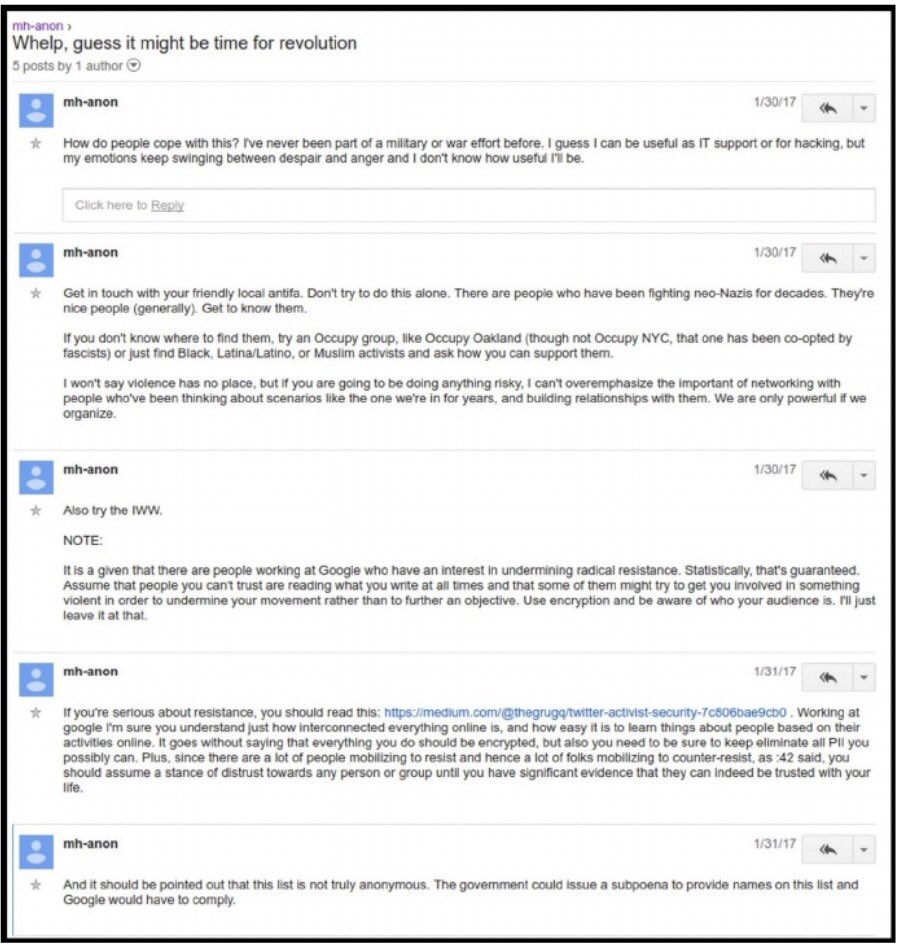 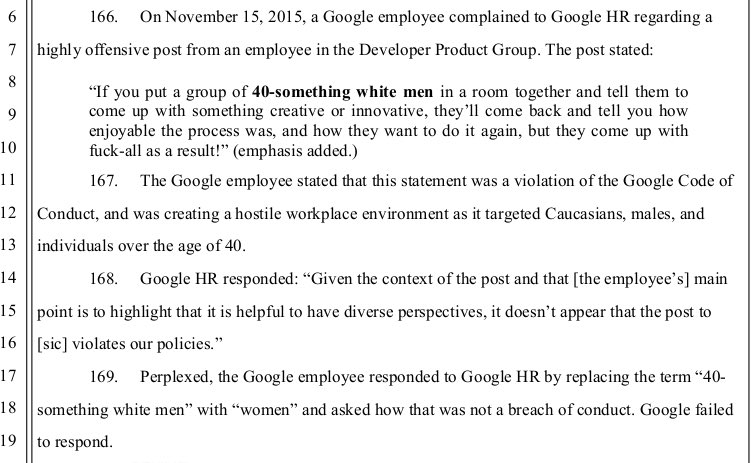 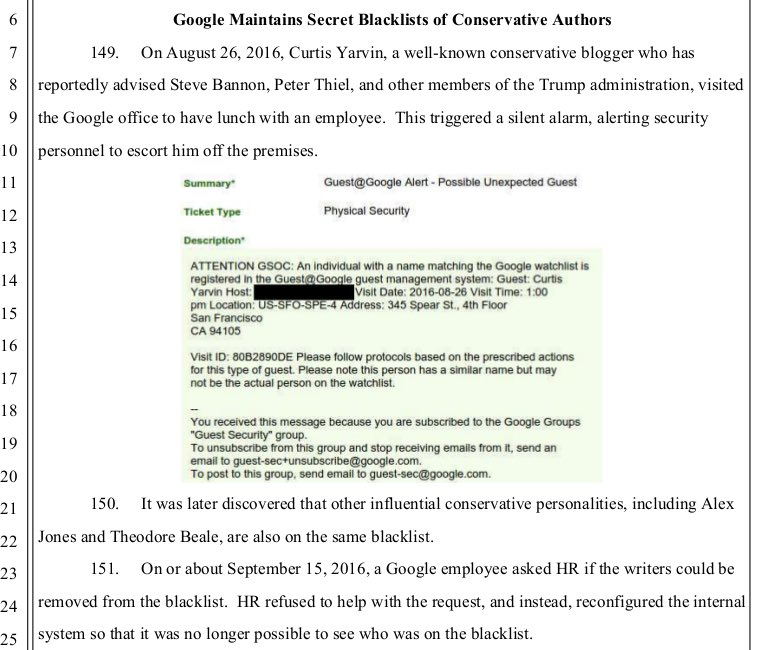 5) Mocking Christians and Republicans as “idiots” on the company intranet 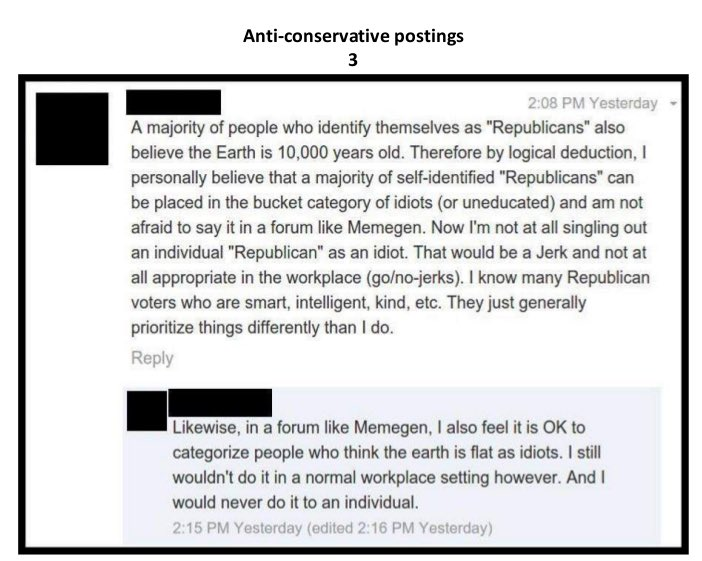 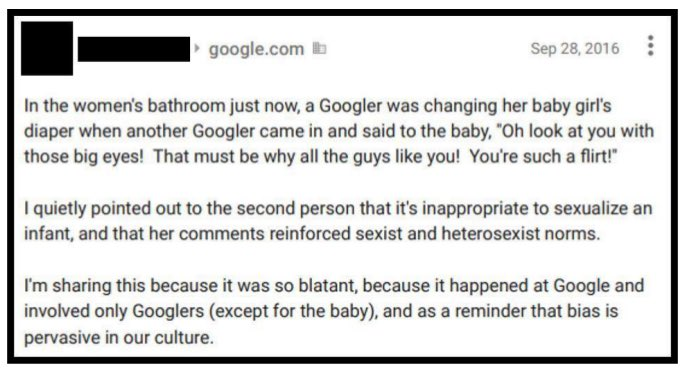 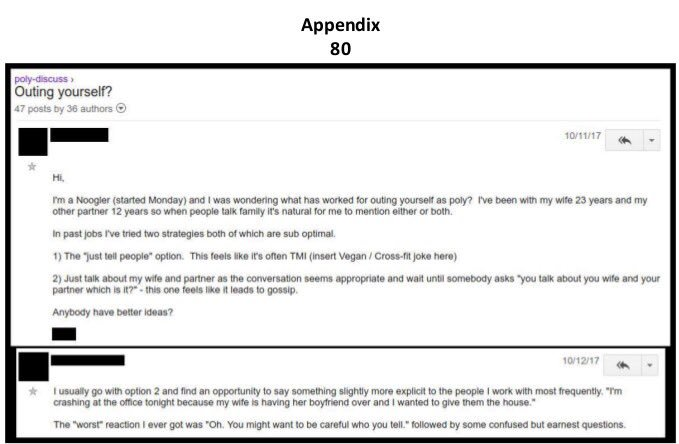 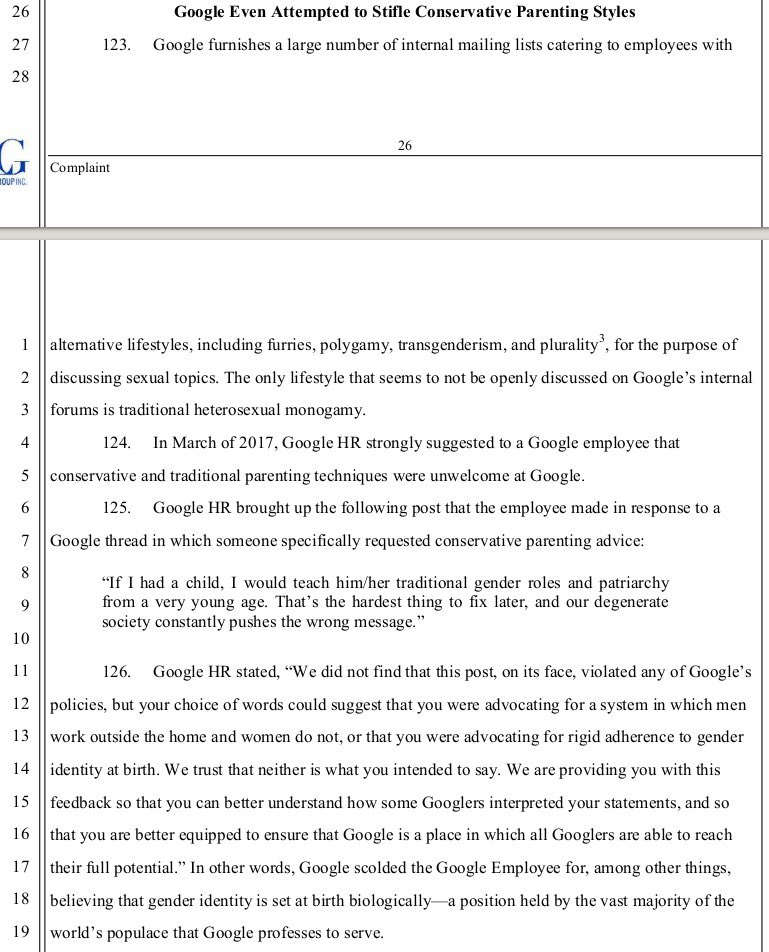 10) And forcing female employees to share the bathroom with vindictive, low-effort trannies 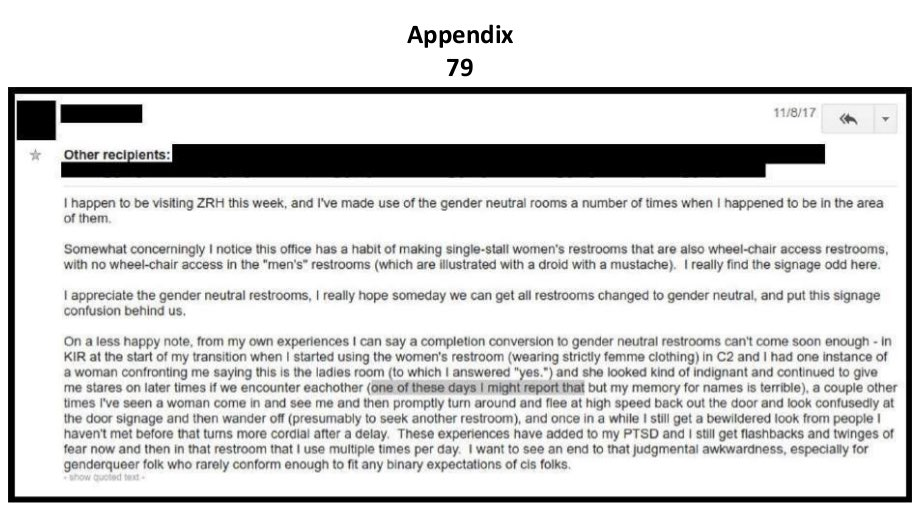 Will justice be done? I don’t know. What I do know is this: Google is the Jared Fogle of search engines. They will not willingly stop in their quest to give the entire internet, and every device, and every user connected to it, the digital equivalent of full-blown butt-AIDS.
James Damore deserves our support as he fights for justice, he is a true American hero. Pray for him. And if you’re a Christian or a Republican or any other kind of normal person who doesn’t want to subsidise a company that hates and mocks and spits on you and your values, why not cancel your Google AdWords subscription right now?