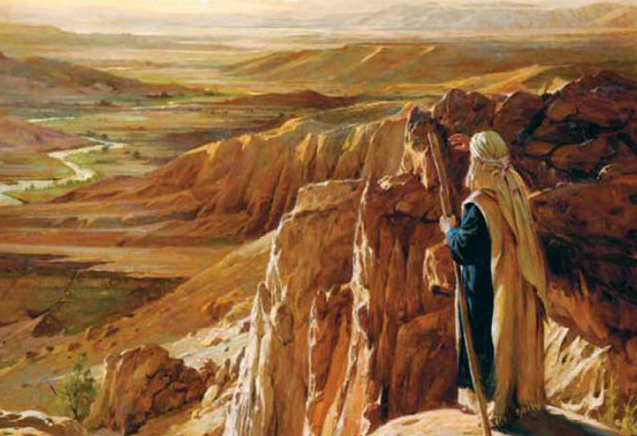 The Israelites had practically completed their long journey with its cares and its trials, its deprivations and its hardships, was behind them. They were now on the very threshold of the promised land; they were ready to cross over the river and take possession. How anxious they must have been, and how their hearts must have leaped with deep joy and exhilarating expectancy!
But every sweet in this world has its bitter; every joy has its sorrow. Moses, who had been the leader of this people, their teacher, their prophet, their lawgiver, their ruler — could not go over the river with them.
Here the people are, in the plains of Moab. God appears on the scene, and asks Moses to go up into the mountains of Nebo with him. They begin to ascend. They are soon lost to human view. At last, they reach Pisgah’s summit. Here, there is a magnificent view of the promised land. Here, the Lord showed the land to Moses. He sees its beauty and its grandeur. He sees its inexhaustible resources and its infinite possibilities. Here, in this small country, is an epitome of all countries — God’s gift to His own chosen people. As Moses viewed this land from Dan to Beersheba, from the river Jordan to the great sea, how his heart must have leaped for joy! He had been journeying, and toiling, and struggling for forty years to gain this prize. Now, he is standing on its very borders; now, he sees it with his own eyes. Oh, what an uplifting sight! What a blessed prospect!
But God says to Moses: “Thou shalt not go over thither.” Then we have a short, simple account of the death of Moses — all in one verse.
Then the record tells us that God himself buried Moses, and that no man knoweth of his sepulchre unto this day.

“And had he not high honor?
The hillside for a pall,
To lie in state, while angels wait,
With stars for tapers tall;
“And the dark rock-pines, like tossing plumes
Over his bier to wave,
And God’s own hand in that lonely land
To lay him in the grave.”

“Thy saints in all this glorious war
Shall conquer, though they die;
They see the triumph from afar,
By faith they bring it nigh.”

“There is a land of pure delight,
Where saints immortal reign;
Infinite day excludes the night,
And pleasures banish pain.
“There, everlasting spring abides,
And never with’ring flowers;
Death, like a narrow sea, divides
This heavenly land from ours.
“Could we but climb where Moses stood,
And view the landscape o’er,
Not Jordan’s stream, nor death’s cold flood,
Should fright us from the shore.”

Now, if we can just get into such close touch with God, if we can always feel the blessedness of His presence and the infinite consolation of His approval, then our hopes can and will be realized in Him. Disappointments may come, our hopes, from earth’s point of view, may never be realized; but, if we can say that we are God’s and that God is ours, then it will all be well with our souls.

“Jesus, to whom I fly,
Will all my wishes fill;
What though created streams are dry,
I have the fountain still.” 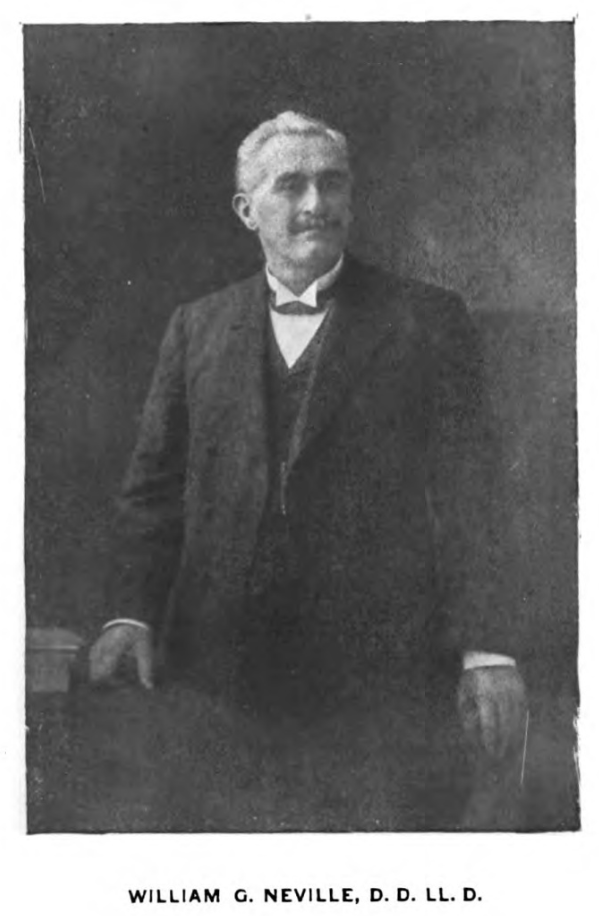