Part One can be read here.

James 2:14-19
What does it profit, my brethren, if someone says he has faith but does not have works? Can faith save him?  If a brother or sister is naked and destitute of daily food, and one of you says to them, “Depart in peace, be warmed and filled,” but you do not give them the things which are needed for the body, what does it profit?
Thus also faith by itself, if it does not have works, is dead.  But someone will say, “You have faith, and I have works.” Show me your faith without your works, and I will show you my faith by my works.  You believe that there is one God. You do well. Even the demons believe — and tremble!

Stage 2 – No Observance
When one breaks with the Word of God and ceases to study it, it is not too long before the observance of it is of little to no concern to him either.  If the Biblical worldview was merely a matter of opinion and beliefs, dogma and theology, a so-called confession of faith, it would not be necessary to demonstrate this faith outside our houses of worship.  If this were the case, we would need do nothing more than keep our beliefs and our religion tucked safely away within the confines of our respective houses of worship, effacing any “religious differences” there might be if we dared to practice our religion outside the four walls of our churches and synagogues.
But a Biblical worldview that is truly relevant in this world will manifest itself in our deeds and in the way we live.  The way we we live and conduct our everyday lives should not be hidden from view nor disguised.  God’s Word does not call us to a monastic way of life where we are constantly meditating in solitude before God alone.  The man who has grown into the habit of neglecting the study of God’s Word and who now begins to find little of value in observing God’s Word, must now begin the process of convincing himself that his own special wisdom, insight, and discernment will somehow work to set free him from the restrictions placed upon him by God’s Word.
In his haughtiness he will convince himself that he is “rational” and “enlightened” and he will begin to stigmatize those who still insist on living in “darkness and superstition.”  He is no longer a slave to dog-like obedience to his master and he pities those who have not been similarly “enlightened,” but who are instead languishing in their enslavement i.e. observance of God’s Word.  This “enlightened” individual rejoices that he is no longer counted among the miserable, blind, and prejudiced ones who are only wasting their time in vain submission to an archaic, oppressive worldview that, in his “enlightened” estimation, is of no use to men who want to be truly free. 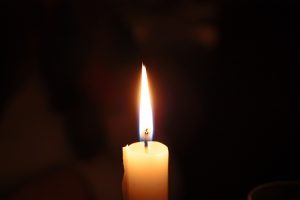 Stage 3 – Scorn of Observers of God’s Word
The “enlightened” man does not remain long at this stage, a stage which flows so seamlessly and effortlessly to the next: scorn for those who are and remain observant.  Since he really cannot criticize or condemn the strength which manifests itself in the sincerity and faithfulness of those who are truly committed to observing the Word of God and who are practicing the Word of God, he is compelled to justify himself in his own eyes and so works to achieve for himself a position where he sets himself above the faithful.  From this position, he is contented to look down upon his unfortunate and ignorant brothers with all of the scorn and contempt he is certain they deserve.
Stage 4 – Contempt for Teachers of the Word
If his poor brethren remain groping around in the dark, surely there is someone to blame for this.  Therefore, it is not long before he comes to hate the ones who he feels are responsible for keeping people chained to the antiquated and oppressive Word of God.  In his estimation, their teaching only serves to deepen and darken the abyss from which his poor brethren cannot escape. The very oracles of God were committed to our Sages, men who understood quite clearly that their main function was to maintain and protect the Word of God and to disseminate it to others so that the Word of God would be observed and practiced from generation to generation.
Sages like Ezra:

2 Timothy 2:1-2; 15
You therefore, my son, be strong in the grace that is in the Messiah.  And the things that you have heard from me among many witnesses, commit these to faithful men who will be able to teach others also . . . Do your best to present yourself to God as one approved, a workman who does not need to be ashamed and who correctly handles the Word of Truth.

These righteous men sought to saturate people’s entire foundation of life with the Word of God.  No one is exempt, everyone is expected to conduct themselves as soldiers fighting on behalf of and in the service of God’s Word.  It is only a matter of time then, that the person who began by neglecting the study of God’s Word, who has ceased to observe God’s Word, who has scorned the ignorant devotees to God’s Word, will now turn his full fury and hatred upon those men who faithfully disseminate and teach God’s Word and the observance thereof.
Such men are determined and will go to incredible lengths to malign the character of the Sages, their deeds, their teachings, and their wisdom, hoping to snuff out God’s Word.  Ironically, however, it is this very hatred and contempt that testifies most splendidly to the genuine greatness of the Sages and the faithful teachers of God’s Word.

Luke 6:22-23
Blessed are you when men hate you, and when they exclude you, and revile you, and cast out your name as evil, for the Son of Man’s sake.  Rejoice in that day and leap for joy! For indeed your reward is great in heaven, for in like manner their fathers did to the prophets.

Commentary on the News

Republican Party: Red From the Start

Telling The Truth IS An Act Of Violence

Every Villain A Sob Story

Editor’s Note. Go check out our buddy The Last Redoubt’s page. Lots of good stuff there.

A Short Sermon On Hate

Only through hate can we understand the profundity of love. Only through love can we grasp