1 Kings 12:27-30
“If these people go up to offer sacrifices in the house of the LORD at Jerusalem, then the heart of this people will turn back to their lord, Rehoboam king of Judah, and they will kill me and go back to Rehoboam king of Judah.”
Therefore the king asked advice, made two calves of gold, and said to the people, “It is too much for you to go up to Jerusalem. Here are your gods, O Israel, which brought you up from the land of Egypt!”  And he set up one in Bethel, and the other he put in Dan.  Now this thing became a sin, for the people went to worship before the one as far as Dan.

Stage 5 – Persecution of Adherents to the Word of God
Beginning with stage five, fanaticism develops.  Loyalty to the Word of God and its observance is considered criminal.  When the apostate is beginning to sever ties with those who are determined to remain loyal to God’s Word, he often tries to argue that a man is responsible only to God for his relationship to Him, and he demands the right, usually in the name of tolerance and freedom, to live according to his so-called personal “convictions.”
He is particularly irritated and incensed when the people who don’t share his convictions are specifically the ones who have decided to remain loyal to the convictions he so happily and wisely abandoned.  For the apostate who initially championed and touted “tolerance” of his convictions and the freedom to do as he wanted, the freedom of others to remain devoted and committed to the truth of their convictions soon becomes, well … intolerable.
It is not long before he is waging all out war against them and accusing the faithful of being “intolerant” and “fanatical” in their devotion and obedience to God’s Word.  The apostate frequently uses the words “tolerance” and “freedom of conscience.”  He is now no longer content just to live according to his own personal “convictions.”  He is distraught and upset as soon as he realizes that his convictions are not universally recognized as the only ones which are correct and valid. 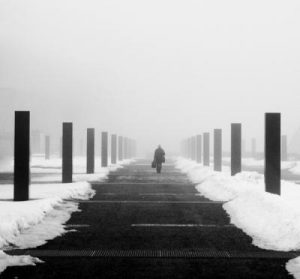 The apostate no longer understands or fathoms how people can remain so devoted to the Word of God  and the sacrifices it demands of people.  Intoxicated by the “truth” of his own convictions, he is no longer capable of recognizing principles that are pure, deep, and firmly rooted in the truth of God’s Word.  What he had previously only pitied and lamented, he must now vehemently condemn to justify his choices.  From his warped perspective, devotion to and faithful observance of God’s Word is hypocrisy which must be exposed, and since he considers himself to be the most enlightened man in the room, who better to expose the charade.
Up to this stage, the apostate has abandoned the study of God’s Word and the fulfillment of it, he has scorned those who remain loyal to it, he hates the teachers of it, and now he is ready to openly persecute those who continue in their observance of it.  He argues that our only obligation to the Word of God is to the spirit, but certainly not the letter and that each person can construe the spirit as he sees fit in his own eyes.
The apostate is convinced that the Word of God must adjust itself to the demands of our era in order to maintain its relevance and remain up-to-date, as it were.  The apostate becomes adept at taking the Scriptures out of context and assigning meanings to the Word of God, meanings which harmonize with the desires of his heart and the varied and sundry principles he has forged for himself.  Inevitably, the apostate eventually begins to find fault with the Word of God, and attempts to use the Word of God against itself, hoping to demonstrate that its origins are anything but Divine.  The apostate is moving inexorably to stage six.
Stage 6 – Denying Divine Revelation of the Word of God
The logic is undeniable and falsehood is no match for the Truth: if the account of the Divine origin of God’s Word is no fairy tale, then God’s Word remains binding today.  If God has truly spoken to us by His Word, which is eternal, then all human thought, opinions, and sophistry are meaningless:

2 Timothy 3:16-17
All Scripture is given by inspiration of God, and is profitable for doctrine, for reproof, for correction, for instruction in righteousness, that the man of God may be complete, thoroughly equipped for every good work.

Therefore, His irrevocable Will and the eternally binding nature of His Word leaves no room for, as one of our Sages put it, “the idea of some implicit, self-exempting authority, conferred upon an era.”  If the Word of God is truly God-breathed and Divine, then it is impossible for it to ever become obsolete or eroded by the mere passage of time. Therefore, the apostate, who is determined to abrogate every jot and tittle of God’s Word will inevitably, on account of his own twisted and perverted imagination, deny that the Word was ever revealed to us by God.
And yet, the apostate has yet to reach the final stage.
(To be continued . . .)