Time to take a position nobody expects.

Student loan forgiveness is an economic, moral, and cultural duty.

This is not to say college should be a free entitlement. Admission standards need to rise, administrative bloat curtailed, and useless degree programs abolished, as conditions of continuing accreditation. Tennessee has a good and sustainable model for free community college and vocational education, and internet schools are damn near free. If you want the traditional four year party, then you should have to pay out the ass for it without loans except, perhaps, in STEM+Pro fields.

1) Most of the loans are fraudulent. The 18 year olds who signed their future prosperity away were induced to do so with false promises and blatant lies. The lucrative jobs were actively being outsourced overseas, to H1Bs. Furthermore, useless degrees were being offered for fields which had no discernible benefit beyond barista at Starbucks.

2) Taxpayers already own 90% of the 1.5 trillion in loans, thanks to Obama. These loans are not dischargable, which is likely unconstitutional. Many to most will never be repaid fully. The moral hazard has already occurred, so what is left is a pragmatic debate over the least bad of all options. Forgiveness and reform is that least bad option.

3) These debts have contributed significantly to delayed and nonexistent marriage and family formation, which are significant predictors of economic success as well as physical, mental, and emotional well-being. This has affected two generations already and is beginning to affect GenZ.

4) Yes, it sucks that you did the right thing. So did I. I paid cash and worked my ass off for my own tuition then dropped out to start a business because I wasn’t learning much new in college and anything I want to learn, I can on my own. Autodidacticism for the win. But since I am a taxpayer and the situation is already a massive SNAFU, there is no reason to allow ideas of “fairness” to perpetuate a sunk cost fallacy. The taxpayer money is already spent and presumed lost. Obama and the Democratic Congress did that to bail out their rich banker friends. Holding on to this debt is little different from the gambler who is about to drop his last quarter into the slots because his “losing streak can’t last forever.”

5) Bernie is only half right on this issue. See above. Higher education needs reform to prevent this from ever happening again. Making it a 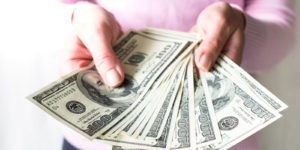 federal entitlement will only cost the taxpayers who don’t get or need degrees even more money. If you want a higher education, pay for it. 2 years of junior college and CLEP what you can. Or take online courses. Bring back private lending but only for economically viable degree tracks.

6) The short term economic damage will be more than offset by the hundreds of dollars a month that the poor underwater bastards will be able to spend on economically useful things. Servicing bad debt is a huge drag on real estate, the automotive industry, small business formation, and disposable income from the very people who need to drive those sectors of the economy.

7) This differs from medical and other debt in that again, there was significant fraud, students were given bad information, and this debt cannot be discharged through bankruptcy, whereas other debts can. Allowing bankruptcy discharge in future will help prevent this, but that alone is insufficient to offset the damage that this system has already caused. A fraudulent contract is not a contract.

8) If someone needs to pay for it, it just so happens that universities, who benefited greatly from this fraudulent scheme, are sitting on some 500 billion dollars in endowments, and the banks can more than afford to be made to repay taxpayers for Obama’s bailout. A new tax on stock trading, however, is not the answer.

So there ya go.