Previously, we talked about Knowing Your Enemies – Socialists.  I focused on things that I thought were most relevant to the political discussion in America today, of Donald Trump fighting with the converged Republican Party and the socialist takeover of the United States government  (in that both major political parties have now accepted socialist tenets as part of their foundational platform).  Today, we want to talk about education, and the future of education.  The centralization of the education of the children is a central tenet of all the various unholy spawn of Marx.   In the United States Captain Peanut brought us the Department of Education.  Ronald Reagan vowed to destroy it, unfortunately, he failed and it still plagues us to this day.  This centralization of power in education has brought a blight upon this country, and has manifested itself in Common Core, an educational regiment so stupid that people with math related PhD’s can’t do elementary school math homework.
But this article isn’t about how the educational system has been ruined, I take it as a given that if you’re reading Men of the West you probably already agree that things are in a pretty sad state.  But, Men of the West do.  We like verbs.  We see problems, we go to fix them.  This entire website exists because we didn’t want to see our culture be destroyed by the enemies of the West.  And having briefly surveyed the landscape of public education one thing is apparent to me – we can’t compete dollar for dollar with the state system.  At least not where we are now.  ( I happen to have some ideas about why the West is so starved for resources to raise up our children in the way that they should go ). 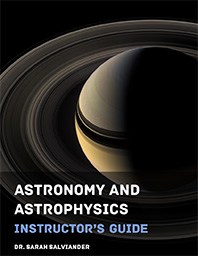 Computers are a wonderful tool, but they are only a tool.  But they can enable us to divest of one of the most costly resources that we use for educating our children, and that is the actual school house.  Families already successfully educate their children from home with books, and have for years.  Most homeschoolers are involved in some sort of cooperative where they have the opportunity to learn from somebody who is strong where one of their parents may be weak.  But while it may be wonderful to be able to have a Q&A session with Dr. Sarah Salviander over Skype ( you can view her homeschool astronomy curriculum at Castalia House ) there is no substitute for going out with a telescope and looking at the stars.  And this is where the Churches come in.  Most churches don’t have the money to build a school.  But they DO have the ability to bring in a group of homeschoolers and shut the lights off in the parking lot and let them learn about the stars.  Churches regularly pull together the talent to run scouting troops, I have no doubt that churches could pull together their resources to have a shop lab where students learn small engine repair, woodworking, or welding from older more experienced men.  And if we spread the course work between several churches then no one church has to shoulder the burden.  We can decentralize the educational process and at the same time, keep the valuable parts of hands on learning.
After all, what better opportunity is there to teach cooking and anatomy than the end of a successful hunting trip?

On the Shoulders of Giants