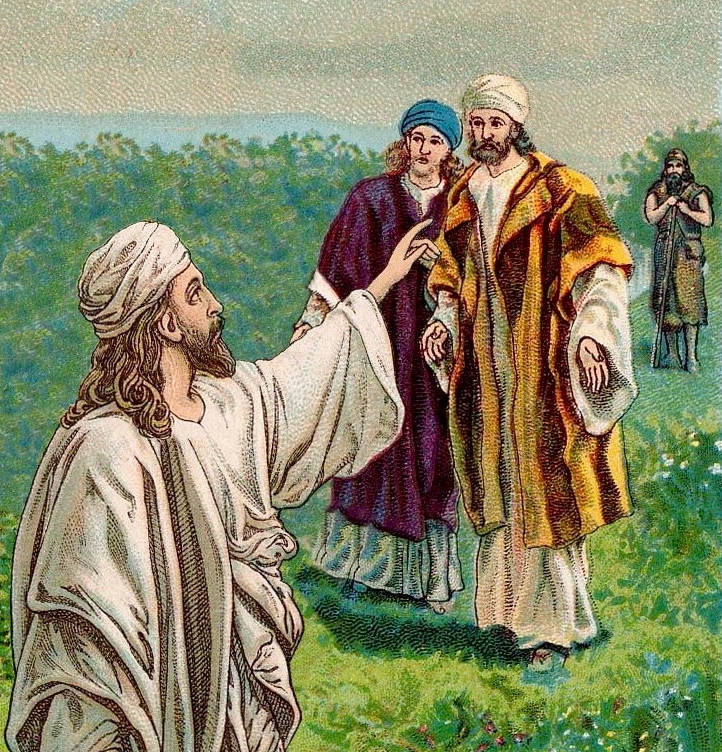 Editor’s note:  The following comprises the fifth chapter, first part (A1), of The Gospel of Luke: An Exposition, by Charles R. Erdman (published 1936).  All spelling in the original.

1. The Inhospitable Samaritans (9:51-56)
___________________________________________________
51 And it came to pass, when the days were well-nigh come that He should be received up, He steadfastly set His face to go to Jerusalem, 52 and sent messengers before His face: and they went, and entered into a village of the Samaritans, to make ready for Him. 53 And they did not receive Him, because His face was as though He were going to Jerusalem. 54 And when His disciples James and John saw this, they said, Lord, wilt thou that we bid fire to come down from heaven, and consume them? 55 But He turned, and rebuked them. 56 And they went to another village.
___________________________________________________
The record of the last journeys of our Lord toward Jerusalem forms a unique feature in the Gospel of Luke. In the other Gospels some of these incidents are included but they occupy only one or two chapters; here, however, they fill ten chapters with events most of which are nowhere else related.
The direction of the journeying was first eastward through the borders of Galilee and Samaria, then across the Jordan and then southward through the region of Perea. This region is not so designated in the Bible but is described by the phrase, “beyond the Jordan,” and as most of these incidents occurred there, this period of the life of Jesus is commonly called His “Perean ministry.” Luke here emphasizes the divine prevision and at the same time the human courage of our Lord. He indicates that Jesus saw plainly His coming death and also His glorious ascension, but that He unfalteringly moved forward to the intervening agonies of the cross.
The first incident of these journeys was in a village of the Samaritans. Certain messengers had gone before to prepare entertainment for the large company which followed Jesus, but the Samaritans would not receive Him; then His disciples, James and John, suggested that they should “bid fire to come down from heaven and consume them.” There was something admirable in the indignation of these disciples. The Samaritans were moved by a narrow and provincial prejudice and they were offering to Jesus a gratuitous insult. It sometimes seems that the genius for indignation has disappeared, and it is refreshing to see men who feel deeply any disrespect to Christ, any injury to His cause.
But Jesus rebuked His disciples, “And they went to another village.” There may be place for righteous indignation, but there is no place among the followers of Christ for anger, for intolerance, or for revenge. This is not a time of judgment, but of grace. It is not for us to attempt to administer vengeance, but to preach the gospel of love.
(Go back to previous chapter)
(Continue to next chapter)