Normally, I don’t have time for metaphysics and such,  but today I’m making an exception.  So buckle up.

We’re told by the learned scientific types that only observable things are real.  For it to be real, we must be able to see it… touch it… measure it.  This, they say, is nature and nature is what can be observed.  If it cannot be observed, it’s imaginary. 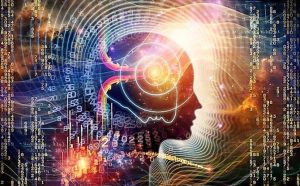 Now that sounds reasonable enough.  Except it’s entirely subjective.  “Wait,” you say, “how can that be subjective?  Its observable reality!”
Well let’s look at it.  And let’s start with matter.  You know what matter is, right?  It’s material…  it’s stuff.  It is what the Learned Scientists call “real.” There is a problem with that.  The problem is…  Matter is actually energy.
You need to understand that.  Matter isn’t matter.  Matter is energy.  The particles vibrate slower than energy in other forms, and thus appear solid or liquid or even gas to us.  But it still, nevertheless, all energy.  And all of this is determined by the frequency the energy is vibrating.
What this means is the fact that a different form of energy may be vibrating at a different frequency and is therefore not easily detected by our limited abilities.  The Learned Scientist must therefore conclude that it does not exist.  That’s why the position of the Learned Scientist is subjective.  They’ve take a small subset of energy that happens to behave a certain way and suggested that it is the only energy in existence.
Well,  except they make an exception for Dark Energy.   Dark Energy is energy that they believe should exist because math says so, but they can’t observe it, so they accept it as true anyway because arguing with math is never a good option.
So,  only matter matters, and all matter is energy, but the only energy that matters is matter or measurable stuff, except for dark energy, which matters even though it isn’t matter or measurable.
Got it?
Consider this.  You are a being made up of pure energy.  Energy cannot be destroyed.  It can only change forms.  You are literally eternal.  You are a child of eternity.  You observe and interact with other energy that is vibrating in a similar way to you; therefore these things appear to make up your reality. Do not make the arrogant mistake of the Learned Scientist.  Do not ever assume that what you can observe is all that exists.  We see and experience only a small slice.
Share this