Editors Note: We received this from a friend who wishes to remain anonymous, but has extensive knowledge of the situation in the UK.

The last official execution in the United Kingdom took place in 1964, but today a man was arrested and sentenced to death in England.
His crime? According to the Crown Court at Leeds, we’re not allowed to tell you. Here’s how His Dishonor Judge Marson managed to quash all UK reporting on what is very likely to amount to judicial murder: 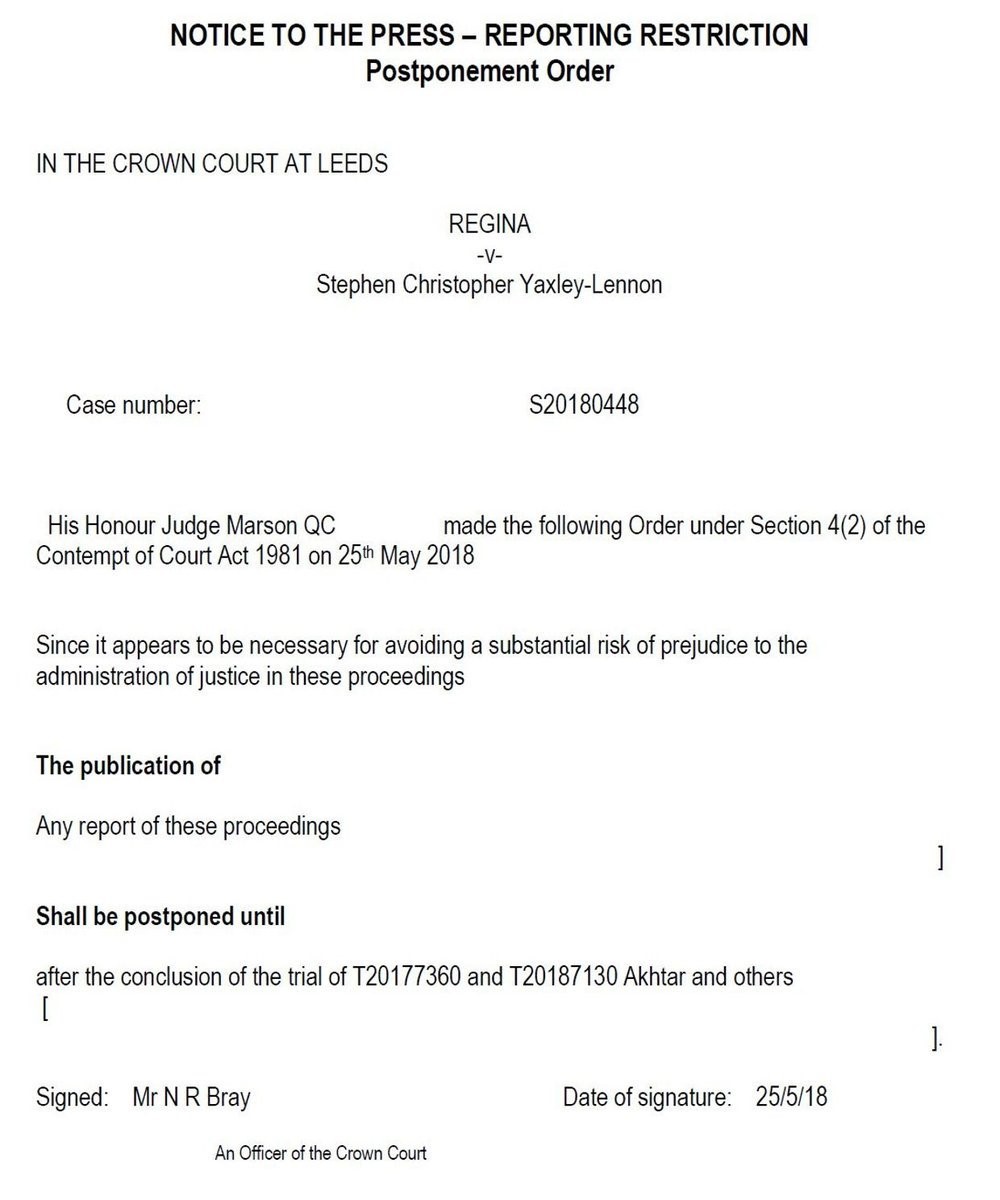 The man in question is Stephen Yaxley-Lennon,  popularly known as Tommy Robinson. Robinson is a well known campaigner against Islamic extremism in general and Muslim rape gangs in particular. He was arrested today while reporting on the latest trial involving a Muslim rape gang in Leeds. Because of a previous suspended sentence he received – also for reporting on Islamic rapists – the presiding judge was able to send him directly to jail.
Since the floodgates were opened in 2012 with the exposure of the systematic rape, drugging, torture and murder of little girls in Rotherham by Pakistani Muslims, similar cases have come to light in Rochdale, Oxford, Telford, Derby, Newcastle, and many other towns and cities across England.
In every single case, the perpetrators were largely or exclusively Muslims of Pakistani descent. In every single case, it emerged that police, social workers, and often the press knew about the rapes – sometimes for decades prior – but did nothing to save the girls they had a duty to protect. In many cases, they did worse than nothing – police actively set out to arrest English people who complained too loudly about Muslim pedophiles preying on their children.
Tommy Robinson is one of those Englishmen whose crime is to be too outspoken for the liking of the British authorities, who would prefer to allow the industrial-scale rape of helpless little English girls to carry on in peace. For the sake of diversity, as Labour Member of Parliament Naz Shah agreed: 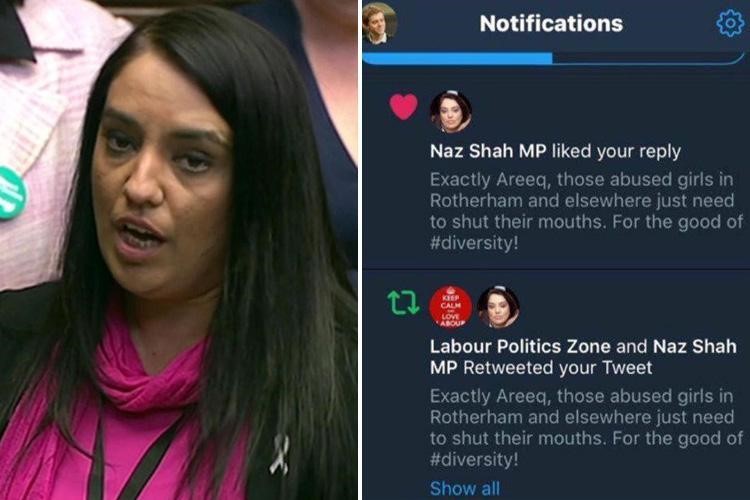 The UK’s rotten, cowardly judiciary has happily played along throughout this process, typically handing down slap-on-the-wrist sentences to Muslim pedophiles – many of the Rotherham child molesters are already free men – while imprisoning men like Tommy Robinson.
Why does this amount to a death sentence? Tommy Robinson is a marked man. He has repeatedly been assaulted in broad daylight, while smirking police refused to arrest his assailants.
He has been the victim of death threats for years, while the British police – so quick to haul away YouTube jokers and Twitter “hate speech” criminals  – conspicuously failed to arrest a single person who makes these death threats.
This treatment  is designed to send a message. It’s open season on Tommy Robinson, and every Englishman with a functioning set of testicles like Tommy Robinson, courtesy of Britain’s pedo-friendly criminal justice system. 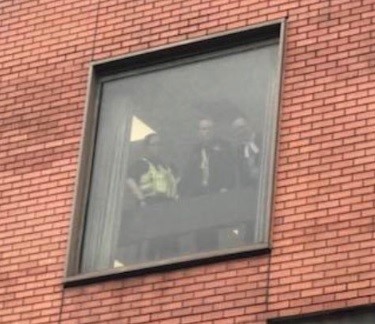 And this is why jail represents a death sentence. Despite being only five percent of Britain’s population, Muslims comprise fifteen percent of all inmates – and the most violent and aggressive offenders are disproportionately followers of the Religion of Peace.
Just two years ago, a man called Kevin Crehan was jailed for leaving a bacon sandwich outside a mosque. He soon turned up dead in his cell.
After 18 months of almost complete media blackout on exactly how and why Mr Crehan died in prison, while tensions and protests mounted over the lack of any official explanation, the British authorities belatedly claimed this week that he died of a drug overdose. And if you believe that, you probably believe that the child-chasing pretend-prophet Mohammed flew into space on a magic horse. 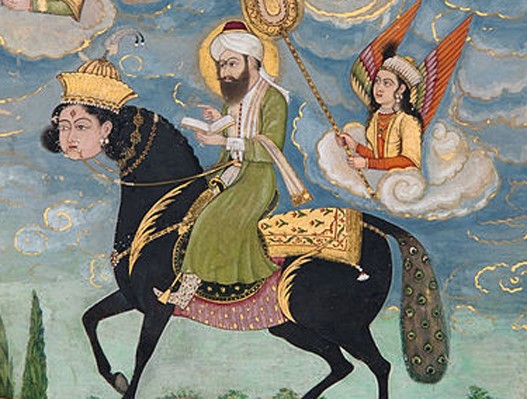 The British authorities are no doubt hoping that Tommy Robinson takes a sudden and inexplicable interest in ingesting massive quantities of illegal opiates while in jail. If he makes it out alive, it’ll be despite the best efforts of the British police and judges.
England today is a disgusting, cowardly, soft-totalitarian police state, where it’s effectively illegal to protest the rape of children by Mahoundan thugs. Where you can be thrown in jail among feral jihadis who mean to kill you, and a judge can prevent the press from even mentioning the fact that you’ve been imprisoned.
This is what happens to a country when the populace is disarmed – once the leftists take your guns, they soon come for everything else you have: your right to free speech, your physical freedom, and even your children. This is what happens to a country that allows large numbers of foreign migrants to invade and bring their third world culture with them.
Don’t ever give them an inch.

The Story of the Malakand Field Force (Part 15)