Editor’s Note: Written by Stephen Clay McGehee. Reposted with permission from The Southern Agrarian – http://www.southernagrarian.com/
Several years ago, in an effort to improve the quality of the soil in my garden, I bought a truckload of topsoil. It was carefully spread, then tilled and worked into the soil. The original soil and the new topsoil were mixed until they became as one. At first, it was great. The soil was darker and richer looking than the native sandy soil, and the plants that I grew there were bigger and stronger. Then came the weeds. 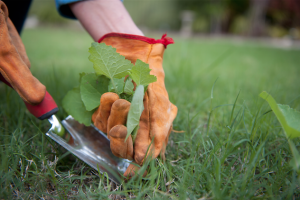 Hidden in among that rich-looking soil that I brought in to mix with the native soil were weed seeds. Specifically, nut-grass nodules. Here we are, years later, and I am still battling the nut-grass. It spreads its roots deep below the surface, and it stores nutrition in a large nodule deep down in the soil. Just cutting them off at the surface has no lasting effect – the weed springs right back in just a couple of days. Nut-grass must be dug out by the roots, one weed at a time. The nodule must be removed. The root runners must be removed. Everything about the weed must be removed, or it will continue to spread, sap the strength of the plants that are intended to grow there, and eventually they will take over completely.
Removing the weeds and their roots is not a painless process. It disturbs the roots of the garden plants, and it is slow and tedious work. There is no alternative if the garden is to be saved. It must be done.
Culture is a very precious thing, and it must be cared for and defended. A culture – just like agriculture – requires work to maintain. There are no shortcuts. Bringing in, or allowing in, foreign elements into a native culture brings with it serious risks. While on the surface, there may appear to be benefits to mixing cultures, the hidden costs will quickly show up. Like an invasive species in nature that finds no natural enemies, it takes over and the original culture disappears. Forever.
For more content like this, please visit The Southern Agrarian – http://www.southernagrarian.com/
Share this