There has been a lot of discussion over the last few years regarding the idea of “white privilege” and especially “white male privilege.” It has always been a topic that vexed me because, as a straight white man, in many ways the deck has always been stacked against me. I have enjoyed some privileges in life: I have parents that are married and who were wise enough to get married before they had kids, and I am also blessed enough to have had a father who modeled hard work and entrepreneurship for me, as he ran his small business that he built from the ground up. Although I have these blessings, they have nothing to do with my skin colour and everything to do with parents that don’t have short time preferences or an entitlement complex. Also, as far as I can tell, married parents with a work ethic isn’t what people mean by “white privilege” anyway. They seem to think it is some magical property imbued by a lack of melanin that means I have access to some special club.

Now this idea got me thinking. You know what, as a white man, I do have entry to a special “white man only” club (although really anybody can gain entrance, as you will see) because of my sex and skin colour. It isn’t what you think though. As a man, there aren’t any special “women’s only” scholarships for me, and being white, there aren’t any special “minority only” scholarships either. There aren’t any special programs to help me out, no bonus points on a job application because I tick the right “diversity” boxes, nothing like that. In reality, my skin colour and sex count for nothing in that regard because such things count for literally nothing, if they aren’t actually handicapped in our “diversity” obsessed age.

But in spite of all that, I actually am blessed with an incredible privilege as a white man that no woman or minority can ever know at this time in history. I can be sure if I earn something, if I work at it and I succeed, then I can be sure I have earned it on my merits. I never have to worry that someone is taking pity on me, that I am a diversity hire, or that people would fear to offer me criticism because of a discrimination or harassment accusation. If I fail, I fail, and if I succeed, I succeed. It is in my own power to do so. The deck may be stacked against me, but when I succeed, I never have to wonder if I really achieved anything of value. 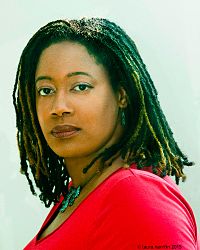 I’m a science fiction fan, and much was made of the sweep of women winning the once prestigious Hugo award this year, but I’ve seen the writing of N. K Jemisin and her best award-winning novel, and she certainly has some ability. Still,  she clearly knowns she is the token black woman and people vote for her or invite her onto projects as an act of virtue signaling. It must suck to wonder if you are any good, only to have the sorts of things that might provide you with some measure of that being turned into something to make a bunch of racist leftists feel better about themselves. Maybe she doesn’t care, but how does the stigma of “diversty hire” ever wash off?

Win, lose or draw, I know whatever I achieve, I will never have to wonder if is is some pity award because of the colour of my skin.