I know, I know, every generation is told they are nothing but degenerate, slack-jawed, evil, wastrels that if they don’t quit their hedonistic ways, that’s it for our society and some bugaboo will rule.
But if the past few years haven’t shown you that the SJWs are evil to their rotten little cores, you won’t be convinced until you are dead. Deplatforming is now a standard tactic against anyone they don’t like. Stopping the ability to get paid and meet financial obligations will be the next tool they’ll use against the moderates. Their poison has seeped into the very wellsprings of societal morality. Already, pitch black is being held up as pure white, and moral sickness as something hale, and that which is healthy as something foul and to be despised.
The SJW is a foul creature in which the slight stirring of conscience is warped into twisted channels. He spits on strength while worshiping weakness. He feasts on the remains of America and produces nothing of value. He lusts after poisons and spits out balm and succor with a sneer and mocking tongue.
If you can’t see the evil the SJWs are sowing then shut up and move aside. I’m talking to those with eyes that see and ears that hear.
If we succumb to the SJW poison, that’s it for America. It will take at least a few generations and God’s will to ever recover from a moral collapse of the American core, if it all. As it is, this won’t be easy.
The Boomers have failed America utterly. Gen-X is poised to go either way. Millennials are a no-show. Gen-Z shows promise but nothing certain.
If Gen-X and Gen-Z can’t get our collective acts together and drive out the moral sickness and its varied carriers, there will no America that even sort of resembles what we knew. And, though 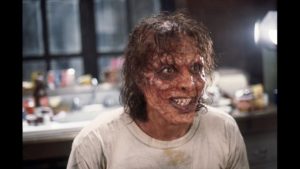 Christianity will continue, for our Master is greater than any nation, that light could easily be suffocated like it was in the USSR for decades. The West could fall, because like it or not, America is an important link in the chain of history. Not the only link, thank God, but an important one.
If we can’t secure our families, neighborhoods, communities, and those we can influence, the battle gets more difficult. If we can, then we’ll have an edge, no matter how slight, and a network, not matter how attenuated it might seem, to support and lift.
If we can’t teach ourselves to stand when others take a knee, we can’t provide for our family and friends. But if we can, we will inspire others.
We are entering into one of the best seasons of the year: the celebration of Christ the Lord’s humble birth and the change of mankind’s fate. Now, if ever, is the time to awaken fledgling faith and to grow what’s already there. All of history, past and future, met in a little town in Israel, and a clear echo, like the sound of a Church bell sounding over a blanket of deep snow, sounds each and every year where the faithful celebrate His birth.
If we can’t find our faith in God, then any storm can wreck us. But if we build on the Rock, then the very gates of Hell will not prevail against us.
Don’t get it into your head we are saints or holy men. It won’t be by our virtue that we’ll prevent an Endarkenment. It won’t be our strengths that’ll carry the day. It will be His and we but His humble servants.
We have to take to the field. We have to fight the battle that’s in front of us. By His grace, we’ll carry the day.
But if we fail, well, après nous, les mouches*.

*(for the lazy: translation is “After us, the flies”).

Sunshine and Storm in Rhodesia (Part 26)