If you’re from the United States, you are most likely familiar with this hymn by Julia Ward Howe:

The words themselves are fine (if a bit post-millennial). The music is great, both haunting and glorious in the emotions it evokes. The baggage that comes with the song is immense.
That song was sung as an anthem by the army that destroyed the South, and not only that, but eviscerated the region during Reconstruction. Some policies imposed by that army are still affecting the South to this day.
In all the states that seceded, it’s still an open wound that hasn’t properly healed. See the recent removal of statues in New Orleans this last month.
I’m not sure what is taught in the schools where I now live. I don’t know if they teach the Union as angels and the Confederacy as demons, or if they allow for the mixture of good and bad that is humanity’s current condition to show through on all sides. Would that the Southerners got the treatment the Soviets did in university history departments. 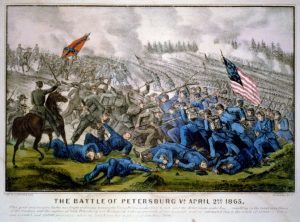 Not only is there the association of that song with the North, but the relatively apolitical nature of the denomination I am a member of that doesn’t like to publicly mix itself up with politics of any sort. I don’t know if it’s a remnant of an uneasy truce between abolitionists and those in favor of slavery, or a resolution of the group because of the horrors of the War of Northern Aggression that turned the group into a peace church up until World War II.
I have never seen an American flag in the sanctuary of one of our churches. It’s still jarring to me when I see one in other churches. Patriotism is uneasily dealt with in our fellowship. Our highest allegiance, by orders of magnitude, is to Christ and His church. We recognize that we are called to support our country when it’s not in conflict with God. But that song’s baggage, with the explicitly abolitionist (and hence Union/Northern) line, “let us die to make men free,” tears open a wound that has not, and will possibly never heal until Jesus returns.
I am a worship leader at my church. But because of all this, I definitely will never lead that song in church. Some of the same reasons apply to the song “God of Our Fathers.” These two songs are more associated with the nation than with God.
That doesn’t rule out all songs with militaristic imagery. As an example, take “Onward Christian Soldiers.” It was written in England in 1865, so it never got associated with one side of our Civil War.
It’s been 141 years now, but some nerves are still too raw to touch.

Midnight Basketball is not a solution