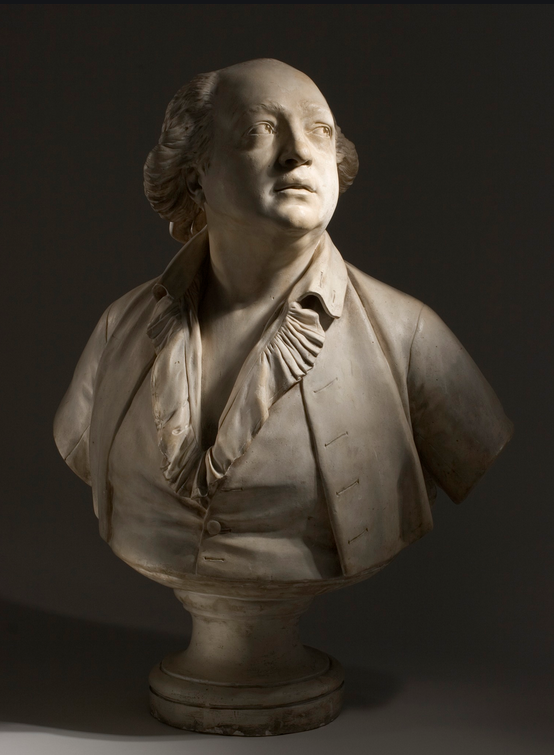 Editor’s note: The following is extracted from Famous Imposters, by Bram Stoker (published 1910).

“of medium height and fairly fat, of olive colour, with short neck and round face, big protruberant eyes, a snub nose with open nostrils.”

This gives of him anything but an attractive picture; but yet M. de Beugnot says: “he made an impression on women whenever he came into a room.” Perhaps his clothing helped, for it was not of a commonplace kind. De Beugnot who was manifestly a careful and intelligent observer again comes to our aid with his pen:

“He wore a coiffure new in France; his hair parted in several little cadenottes (queues or tresses) uniting at the back of the head in the form known as a ‘catogan’ (hair clubbed or bunched). A dress, French fashion, of iron grey, laced with gold, scarlet waistcoat broidered with bold point de spain, red breeches, a basket-hilted sword and a hat with white plumes!” 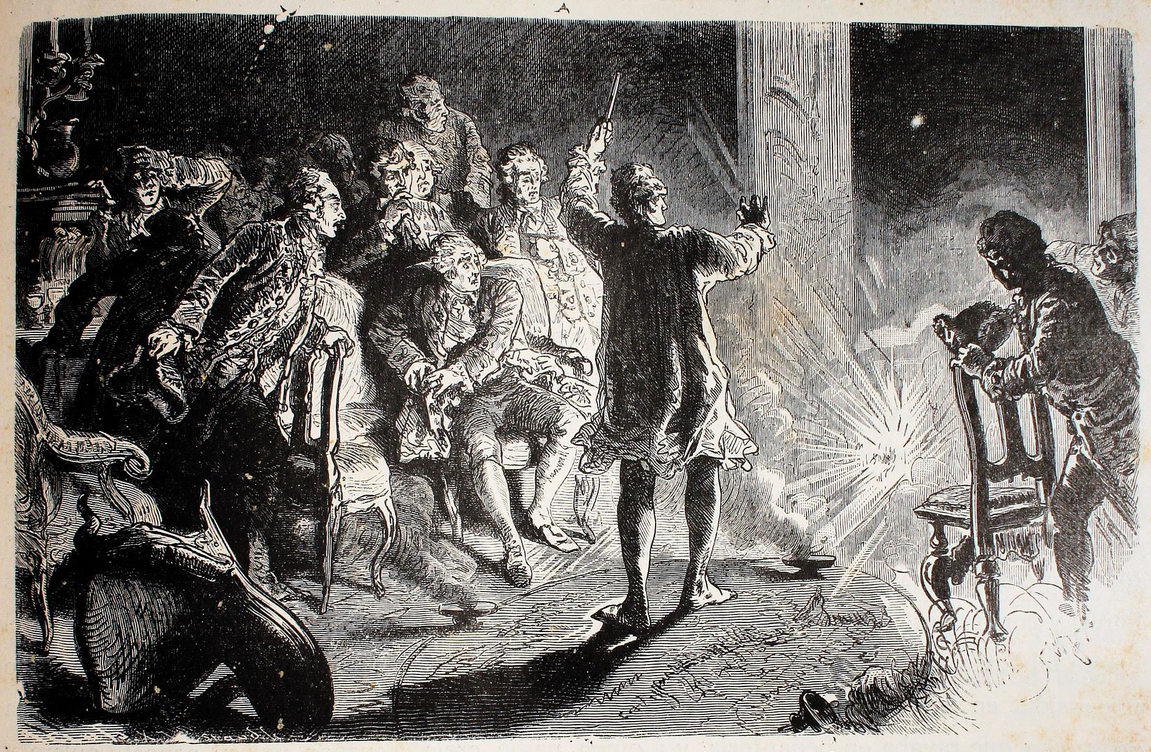 Aided by these adjuncts he was a great success in Paris whither he returned in 1785. As an impostor he knew his business and played “the game” well. When he was at work he brought to bear the influence of all his “properties,” amongst them a tablecloth embroidered with cabalistic signs in scarlet and the symbols of the Rosy Cross of high degree; the same mysterious emblems marked the globe without which no wizard’s atelier is complete.
Here too were various little Egyptian figures—“ushabtui” he would doubtless have called them had the word been in use in his day. From these he kept his dupes at a distance, guarding carefully against any discovery. He evidently did not fear to hurt the religious susceptibilities of any of his votaries, for not only were the crucifix and other emblems of the kind placed amongst the curios of his ritual, but he made his invocation in the form of a religious ceremony, going down on his knees and in all ways cultivating the emotions of those round him. He was aided by a young woman whom he described as pure as an angel and of great sensibility. The said young person kept her blue eyes fixed on a globe full of water. Then he proceeded to expound the Great Secret which he told his hearers had been the same since the beginning of things and whose mystery had been guarded by Templars of the Rosy Cross, by Magicians, by Egyptians and the like. He had claimed, as the Comte Saint-German said, that he had already existed for many centuries; that he was a contemporary of Christ; and that he had predicted His crucifixion by the Jews. As statements of this kind were made mainly for the purpose of selling the elixir which he peddled, it may easily be imagined that he did not shrink from lying or blasphemy when such seemed to suit his purpose. Daring and recklessness in his statements seemed to further his business success, so prophecy—or rather boastings of prophecy after the event—became part of the great fraud. Amongst other things he said that he had predicted the taking of the Bastille. Such things shed a little light on the methods of such impostors, and help to lay bare the roots or principles through which they flourish.
After his Parisian success he made a prolonged tour in France. In la Vendée he boasted of some fresh miracle—of his own doing—on each day; and at Lyons the boasting was repeated. Of course he occasionally had bad times, for now and again even the demons on whose acquaintance and help he prided himself did not work. In London after 1772, things had become so bad with him that he had to work as a house painter under his own name. Whatever may have been his skill in his art this was probably about the only honest work he ever did. He did not stick to it for long however, for four years afterwards he lost three thousand pounds by frauds of others by whom he was introduced to fictitious lords and ladies. Here too he underwent a term of imprisonment for debt.
Naturally such an impostor found in Freemasonry, which is a secret cult, a way of furthering his ends. With the aid of his wife, who all through their life together seems to have worked with him, he founded a new branch of freemasonry in which a good many rules of that wonderful organisation were set at defiance. As the purpose of the new cult was to defraud, its net was enlarged by taking women into the body. The name used for it was the Grand Egyptian Lodge—he being himself the head of it under the title of the Cophte and his wife the Grand Priestess. In the ritual were some appalling ceremonies, and as these made eventually for profitable publicity, the scheme was a great success—and the elixir sold well. This elixir was the backbone of his revenue; and indeed it would have been well worthy of success if it had been all that he claimed for it. Dispensers of elixirs are not usually backward in proclaiming the virtues of their wares; but in his various settings forth Cagliostro went further than others. He claimed not only to restore youth and health and to make them perpetual, but to restore lost innocence and effect a whole moral regeneration. No wonder that he achieved success and that money rolled in! And no wonder that women, especially of the upper classes, followed him like a flock of sheep! No wonder that a class rich, idle, pleasure-loving, and fond of tasting and testing new sensations, found thrilling moments in the great impostor’s mélange of mystery, religion, fear, and hope; of spirit-rapping and a sort of “black mass” in which Christianity and Paganism mingled freely, and where life and death, good and evil, whirled together in a maddening dance. 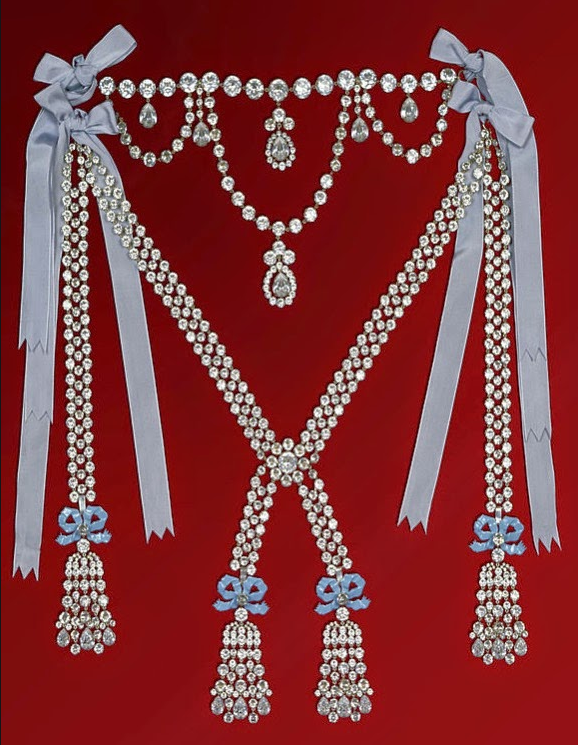