“Look, a time is coming—and has come—when you will be scattered, each one to his own home, and I will be left alone. Yet I am not alone, because my Father is with me. I have told you these things so that in me you may have peace. In the world you have trouble and suffering, but take courage—I have conquered the world.” – John 16:32-33 NET

This was certainly strange. Jesus told the Apostles that He had conquered the world—yet Judas had just run off to betray Jesus. He had just told them that they would be shunned and killed, but they would be taken care of. What is this riddle?
As God, Jesus could step back and see the world through all time and He knew the ending. Imagine the predicament of wheat as it sees what is coming. There’s a giant machine that mows it down and separates its seeds from it. Those seeds are stored and moved and the next thing they see is a mill, grinding them up into their constituent parts. The resultant dust is sifted until only the ground-up bits of endosperm remain and get dumped in a bag with the label of “White Flour.” Then it’s shipped off to a bakery where it’s mixed with water, rolled flat, pierced, and baked at high temperatures (The church I attend uses unleavened bread). The wafers are boxed, and shipped to stores, then bought and brought here, to be the best food that we could ever eat.
The wheat was mowed, threshed, ground, sifted, kneaded, rolled, cut, cooked, packaged, shipped, sold, bought, and is about to be served, broken, and eaten. Yet through all that, this that we’re about to eat is better than any other in the world, for through it we see the body of Christ and know that just as that wheat has gone from the ordinary to the extraordinary, Jesus has conquered the world—the world just doesn’t know it yet. 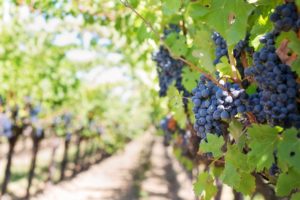 Of course, that’s not the end of the story. After the Cross was the Resurrection, the Ascension, the descent of the Holy Spirit, and the story of the Church until today. But when Jesus does return, the world will know:

Then I saw heaven opened and here came a white horse! The one riding it was called “Faithful” and “True,” and with justice he judges and goes to war. His eyes are like a fiery flame and there are many diadem crowns on his head. He has a name written that no one knows except himself. He is dressed in clothing dipped in blood, and he is called the Word of God. The armies that are in heaven, dressed in white, clean, fine linen, were following him on white horses. From his mouth extends a sharp sword, so that with it he can strike the nations. He will rule them with an iron rod, and he stomps the winepress of the furious wrath of God, the All-Powerful. He has a name written on his clothing and on his thigh: “King of kings and Lord of lords.” – Revelation 19:11-17 NET

And so the world will be put under His rule. So let us remember His death and Resurrection, and let us anticipate His return and reign with this fruit of the vine that shows us His blood.

Where to Live IV – Nuclear Plants

Where to Live V – Tornadoes