Not all of us at the Men of the West are gamers, especially pen-and-paper roleplaying gamers, and I’d wager most of our stalwart readership isn’t, either.
Bear with me for minute.
Dungeons and Dragons has long been the premier fantasy roleplaying game out there. The market is crowded with a lot of good games, but D&D has been king of hill since it started gaining popularity. Even if you have never touched a character sheet to roll up stats, there’s a good chance you know something about D&D.
And now, it has entered a death spiral.
The company that owns the trademark, Wizards of the Coast, has decided to piss on the customers that actually buy and support the game by 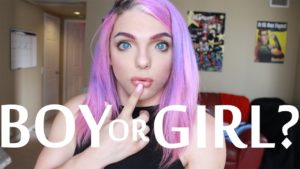 introducing gender fluid elves.
I wish I was kidding.
Over at Twitter, Daddy Warpig has a thread that sums up the insanity.
Because I don’t trust Twitter, I’m going to recap.
Here’s the announcement.
Over to DaddyWarpig:

“‘How can you say D&D is dead?'”
“Once companies start bowing to #SocJus, they ALWAYS bow to SocJus. It’s like a law of nature.
WOTC has been assimilated into the Social Justice Borg.
Plan accordingly.
Here’s some examples of how WoTC could have done this smartly:
Changelings. New race in Eberron. Perfectly natural for a shapeshifting race to be able to look male or female at will.
Frog race. Frogs change sex, so frogmen might be able to.
Retconning Tolkienesque Elves SUCKS.”

The Fey Kingdom is so misunderstood by most modern sensibilities it’s hard to fully appreciate the horror here.
Let’s set aside that WotC just tossed out decades of D&D lore for this.
Old England folklore is a curious blend of pagan beliefs mixed with Roman civilized rituals that were baptized by Christianity to be something more than just pagan worship of the unknown and nature.
The fey played a large part of their fantastical world view. Elves, brownies, fairies, pixies, gnomes, sprites: Merry Old England was practically lousy with them.
The horns of the Elfking’s courts could be faintly heard in the dawning mists. Pleasures and powers beyond mortal ken danced just out of reach at times, but those that wandered into feyland had more than to worry about than just the obvious traps. It was an alien place fit for alien minds.
Elves had no souls, doomed to be shut out of the gates of Heaven forever. And any man, woman, or child that fell under their sway dealt with the damned and their corrupting influences. The mortal’s soul was on the line. The power of the fey could grant wishes unimaginable, held wealth untold, powers unexplainable, but it also could drag a man into Hell.
And yet, the horns blew softly, seductively, through every age where there were those that still could remember Merry Old England in her awful splendor. The Romantics made it part of their stock and trade, doing what they did best of blurring the sharp edges and casting much in a soft cloak of Nostalgia by making the good sweeter than it should be and darkness only one more shade.
Even Mole and Rat from Wind in the Willows would encounter a vestige of that time through Pan in Chapter 7, The Piper At the Gates of Dawn. Have a read, it’s not long. 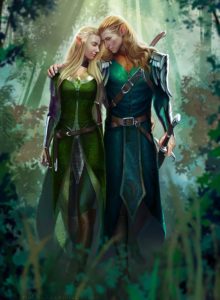 The Elfking was no friend to humanity, and his kingdom was marshalled to confuse and tempt any mortal seeking something beyond the bounds of Christendom. Softly, softly the feykind would lead anyone foolish enough to his eternal doom.
However, Tolkien had seen something different. He had seen that Elvenkind, out of all the fey, had been transformed by the fierce light of Christianity.
Tolkien’s first version of them in the Hobbit were merrymaking poets, lyricists, clever and wise in their own right; not as alien as the great Pan, nor as mischievous as the brownies, and certainly not as interested in humanity as the shoemakers or Puck. You can still see the impress of Merry Old England in them singing in trees and dodging Bilbo and Dwarves through magical means in Mirkwood.
But then Tolkien’s years of exploring concepts and ideas of myth and saga came to fruit.
Gone were the Elves singing ditties in trees, as footsore guests made it to the Last Homely House. Gone was the Mirkwood King’s games. These beings weren’t the tricksters of yore. The Elf kingdom was a beachhead on the shores of mortality, occupied not by the soulless seeking to ensnare the unwary, but by beings from loftier realms. Beauty marked them and their works, something beyond the dross of the mortal realms, something that, for one of the bravest fighters a few strands of hair from the Elf Queen was treasure beyond measure. A grace infused everything: their art, their workmanship, their tools of war.
The Elves had a different fate from humanity. They weren’t just a subspecies of Man, but of an entirely different lineage and destiny. The Elves would return to an alien land from whence they came and to which no mortal could go without express permission.
The ones that chose not to follow their kind was barred from those eternal realms, fated instead, to share in humanity’s ultimate destination. Death, mortal death, awaited those that turned their backs on the distant shore’s of their homeland.
But, by letting Christianity transform them, Tolkien kept the horns. Now they blew for war, for song, for feast, for sorrow, for victory. Instead of gifts that hid the poison, they offered counsel infused with the wisdom of their long lives and glorious heritage. They stood with one foot in Middle Earth, the other in planes alien in nature to mortals. Instead of kingdoms that moved with the mist, theirs were solid until the great exodus, and then their works faded away in echoes of legends and myths.
These differing visions of the great Elfkingdom continued. Jeffro Johnson’s fantastic work, Appendix N, dives into the many of the works 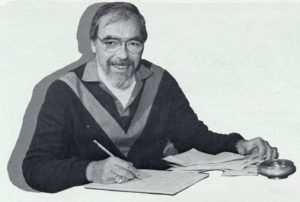 that Gary Gygax indicated were primary influences on him when designing the game.
His elves straddled the two worlds. They kept some of the loftiness, the beauty of Tolkien, but lost their lineage. They kept some of the beauty and grace and mixed it with a pursuit of deep magical lore, more befitting their Old World relatives.
His elves were strange, but not so strange that players couldn’t roll up a character and play them. They were alien, but not at the threat of losing one’s soul. In some ways, they became an idealized version of the best human traits, tempered with Nietzschean attitude toward good and evil. They served well as player characters, or evil masterminds driving the adventure, or great help along the trail, or somewhere the players could visit and experience the otherworldly.
But now? All they are now shoddy reflections of the smallminded progressive worldview.
Gone are the horns. Gone are the pipers. They are being remade in the Progressive Image, a twisted version of the ugly side of humanity. Nothing new is made. Nothing is created, only a twisting of the old and beautiful.
The Age of Elf is over.
The time of Orc has come.

Video: How To Build A Fence