And now, a “special surprise performance” just for the kiddies:

Families at a Manhattan public school talent show got an unexpected lesson in human sexuality when a grown man took the stage in a black, sequined dress and flaming red wig and performed a raunchy drag number where he grinded the stage and spread his legs.
…parents and kids as young as 5 were shocked when a man identified as Public School 96 Parent Association President Frankie Quinones took the stage and did an explicit lip-synch performance of a song by the campy 1980’s Puerto Rican music sensation Iris Chacón…
10-year-old J.D. Morales said he was uncomfortably surprised by what he saw.
“I saw her doing things like sticking her legs out and shaking her bottom and it felt weird,” said the boy. “I don’t know why they would do that for an elementary school.” 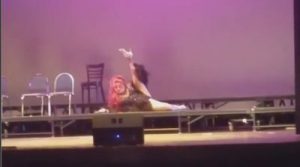 Now sure, they put a more sophisticated spin on it.  These upstanding public servants are attempting to “address themes of diversity and gender expression.” They are “teaching that it’s OK to be different.”  This time they went a little too far with the lesson plan and the parents walked out. That happens on occasion when you are pushing the envelope.  But they are pushing the envelope in a very specific direction, and that is to teach kids that neither an objective boy nor girl exists, but that we all exist on a socially-constructed gender spectrum.
In fact, it’s the normal majority who are the problem in this politically-correct academic world of make-believe.  People who insist that mammals reproduce via male-and-female biology rather than through identity politics are accused of heteronormativity, a new manner of thought crime.  People who do not pretend to be sexually deviant, even on Tumblr or to get on TV, are labeled CISHet and can be excluded from everyday campus activities because they have too much “privilege”. 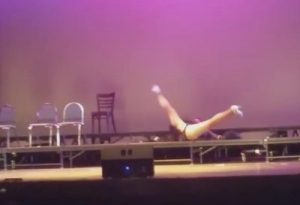 The word normal is not even used anymore in gender-related social sciences, unless in a pejorative sense.  Instead, certain special people are atypical, and it is worn as a badge of honor. Everyone gets to be a snowflake*.
The real issue I suspect – in addition to the normal satantic obsession with polluting innocence just for the hell of it – is that these sexual freaks are emotionally pained by their freakishness.  But it’s too hard to simply repent and thereafter do things right.  Like the ugly feminist who would rather change the whole world’s perception of beauty than go on a diet, these gender nonconformists would destroy the very idea of sexual normality rather than face the fact that they live outside of it.
To misquote the anti-superhero Syndrome, who was certain he could destroy the idea of superheroes by making everyone super: When everyone is abnormal, no one is.
* Except white guys, obviously. They have a special role to play as oppressors-du-jure.

Man of the West: Daniel Boone