At the beginning, ESPN was an acronym for the Entertainment and Sports Programming Network. After today, that could credibly stand for the Enabling Sexual Predators Network. That’s not a hot take, just the reality of what drives the news decisions at ESPN today.
For those of you who don’t follow our national sport of college football, and those of you who are degenerate homosexuals (‘sup, Richard Spencer), the biggest news story of this season and many other seasons dropped. Brett McMurphy broke the news that Urban Meyer, three- 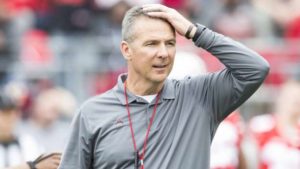 time national champion and head coach of THE Ohio State University, lied to investigators about his knowledge of domestic violence allegations against an assistant coach.
How did the world learn about this breaking news? On McMurphy’s freaking facebook page. Why? Because the reporter who broke the single most important story in the last several years of college football had been fired by ESPN in the latest round of cost cutting measures as the network continues to bleed revenue and subscribers. On his facebook page. Not on espn.com, the largest sports website on the planet in web traffic. Not on ESPN, the most watched sports network. Because he was still under contract, McMurphy couldn’t write for another site. Because he was no longer offical ESPN talent, he couldn’t go on the air. Brilliant decision making by the execs in Bristol. 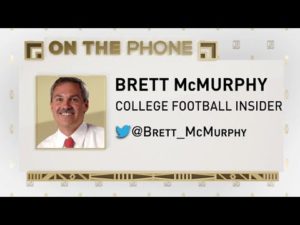 To make matters even worse, ESPN did not cover the story until four hours after it initially broke. That’s an eternity in an age where news cycles move faster than a failed Ohio State three and out against a Clemson defense. It’s not like today was a newsy sports day. There’s baseball and NFL training camps and that’s about it. Except for the biggest story of the year in college football.
If ESPN isn’t going to break news, what purpose does it serve? If ESPN isn’t going to report on breaking news broken by someone else, what’s the point? The biggest story of the year broke, and ESPN was AWOL for four hours. Almost like someone gave them the order to stand down. To quote a former person rumored to have a passing familiarity with such orders, at this point what difference does it make?
The biggest sports network should never get scooped by a guy posting stories on his facebook page. And they certainly shouldn’t ignore that story for half the day. No one needs 24hr coverage of Trump vs the NFL or Jordan vs LeBron. No one needs a sports news network that doesn’t cover sports news.

Some Places To Visit

Where to Live XII – Virus and Vector Edition