While we are definitely committed to sharing important cultural aspects via the written word, sometimes there is no substitute for boots on the ground. In this case, we are talking about some vacation spots. Not only can  you have some great experiences with your family, building lasting memories, but you can learn more about Western Culture in the process.
Recently, my family took a short trip and marked a few things off my personal list of places to visit.  While we did several other things along the way, my focus here will be on four of the places we visited. All of them are physical locations that give testament to the importance of Western Culture. They highlight how vital Western Culture is, as well as how far we have fallen from where we once were in that regard.
Two of these places are found in Tupelo, Mississippi. The first was Elvis Presley’s birthplace. This has more than just the home in which the 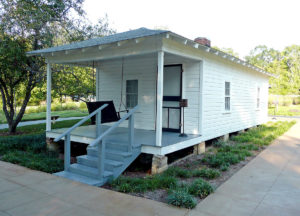 King of Rock ‘n Roll was born, but also the church he attended as a child, as well as another small chapel and a little museum with pictures and other memorabilia. Now, you may wonder why the birthplace of a singer is important to Western Culture, but you should keep in mind that music is always a reflection of the culture. You might read my earlier article on why music matters. Few people had more impact on the musical culture of the West than Elvis. His is a tragic tale, for sure, and highlights the dangers that accompany such a path in life, but Presley gave us some of the most memorable music of the 20th Century.
His birth place was a small, two room shack. He came from humble, western roots and was heavily impacted by the music he learned at church, another vital component of Western Civilization. Touring the entire exhibit takes less than an hour, if you are in a hurry. Of course, you can take more time, if you prefer. It includes a short video that presents a typical church service (shown in the old church building on the grounds), and you are transported to the mid 20th Century. It is worth your time. 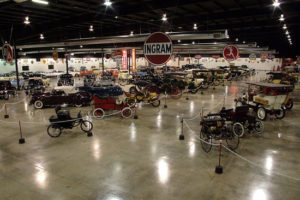 From there, we drove a couple of miles to the west and visited the Tupelo Automobile Museum. This was a labor of love by a local boy who made good, and there are dozens of restored vehicles to view. The automobile was a major addition to the world and was only possible from the fact that Western Civilization existed. Sure, there are some Japanese cars in there, but Asian autos only exist due to the influence from the West. It is a stark reminder that Western Men were inventive and curious, and the steady progression of these beautiful vehicles is apparent with a quick look. Again, it only takes you as long as you want to walk through the displays, but it is a wonder to behold.
The next day, we drove an hour to Oxford, Mississippi, and visited Rowan Oak, the home of the novelist William Faulkner. I would argue that Faulkner is the greatest American author of all time, but I am probably a little biased. Regardless of where you rank him amongst the American greats, he is toward the top of the list. He explored the human condition in ways 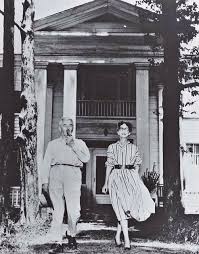 that few have been able to do. He left us with memorable novels, poems, stories, and admonitions. Consider these quotes:

Never be afraid to raise your voice for honesty and truth and compassion against injustice and lying and greed. If people all over the world…would do this, it would change the earth.
We must be free not because we claim freedom, but because we practice it.
The past is never dead. It’s not even past.
I decline to accept the end of man. It is easy enough to say that man is immortal simply because he will endure: that when the last dingdong of doom has clanged and faded from the last worthless rock hanging tideless in the last red and dying evening, that even then there will still be one more sound: that of his puny inexhaustible voice, still talking. I refuse to accept this. I believe that man will not merely endure: he will prevail. He is immortal, not because he alone among creatures has an inexhaustible voice, but because he has a soul, a spirit capable of compassion and sacrifice and endurance. The poet’s, the writer’s, duty is to write about these things. It is his privilege to help man endure by lifting his heart, by reminding him of the courage and honor and hope and pride and compassion and pity and sacrifice which have been the glory of his past. The poet’s voice need not merely be the record of man, it can be one of the props, the pillars to help him endure and prevail.

Visiting his home is wonderful. It is a beautiful home in a gorgeous setting. While in the middle of Oxford, just off the campus of the University of  Mississippi, it feels like you are out in the country. I actually stepped right over a snake that was slithering across the yard, oblivious as I took in the sights. And it is strictly a place to ponder Faulkner and his world. There is no souvenier shop. Just the house and grounds.  Another site that is well worth your time. It is free to visit the grounds. It only costs $5 to go into the house. I recommend spending the money.
We also took a few extra minutes to visit his grave a few blocks away.  If you choose to visit the cemetery, remember that it is considered proper to bring pennies and/or bourbon to leave at the grave. 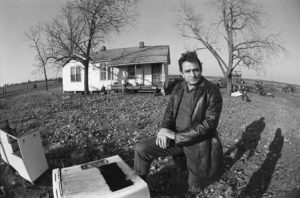 From there, we drove to Dyess, Arkansas, and visited the boyhood home of Johnny Cash. If there is a musician that rivals Elvis, it is J. R. Cash. Not only are you able to actually go through the actual home in which Cash grew up (and where the youthful events in the movie Walk the Line took place – they even filmed a few scenes there), but you get to go through a museum about Dyess itself, which was the product of the Depression-era government programs to get people back to work. The tour begins in Dyess itself, with a video about how the town was created and how they brought people in, including actual recordings of folks as they moved in, as well as the Cash Family. When you are ready to go to the Cash home, a driver loads you into a shuttle and drives you there, about a five minute trip out into the country side. The tour guides are local citizens, mainly composed of descendents of those original settlers. Some knew Cash, and everyone knows everyone else. Their families were all there together.
The home itself was fantastic, setting in the exact location where it has since it was first built. Three other families lived in the home after the Cashes, but it has since been restored to exactly how it was in their day. Much of the furniture and knick knacks were donated by the Cash family, and includes the original beds, piano, etc. Out in the yard, two large trees are still standing, just as they were when Johnny Cash played as a child. You are able to walk through the house, with only a few places roped off to protect the old, worn furniture, and you  have free access to the entire yard.
When finished at the home, the driver returns you to the main exhibits in Dyess, and you spend a considerable amount of time going through the museum in City Hall, with more details about Dyess itself and Johnny in particular. The graduating class of every class from the High School lines the walls, and you can see Johnny’s own picture there, from the class of 1950. His siblings and some other notable folks are also there.
My daughter, a huge Cash fan, came away from a leaf from one of those Cash trees, and I bought a couple of albums I did not already own. You can see the trees in the pic above. It is the tree on the right in the picture (that is the back yard, you are looking at).
The Dyess exhibits are actually pretty new, having opened in the past few years. They are continuing to add new items, and we will visit again in a few years, so we can see some of the new things.  Since it is not as well known as some of the other tourist attractions, there are not as many folks visiting yet. When we were there, we got a personal tour of the home, for example, as we were the only ones.
It is always good to get in touch with your cultural roots. Spending a few hours with Elvis, Faulkner, Cash, and the automobile was a great reminder, for me, of the people that conquered this land and demonstrated the vital role that Western Civilization plays in world history. These men and inventions are products of the West, and the world is better off for having them. You would do well to spend some time visiting these destinations. Sure, there are many other great places to visit, as well, but this is how I spent a few days this summer.

Where to Live XI – of Soil and Starvation