Whenever discussion of firearms ownership comes up, the Second Amendment and its meaning are always front and center in the debate. Sadly, 2A is only relevant in a tangential way. What has been wholly lost in the last century is the idea of limited government. Why? Because we no longer focus on the Constitution. Now we focus on the Bill of Rights.
In the early 1900s, everyone knew that the government would need a Constitutional amendment to ban alcohol. Just a couple decades later, the government is banning all sorts of things… no Constitutional amendment necessary.
Why?
Because there is nothing about a Right to Smoke Dope in the Bill of Rights.
Strangely, there’s nothing about a right to drink booze in the Bill of Rights either. So why the difference? 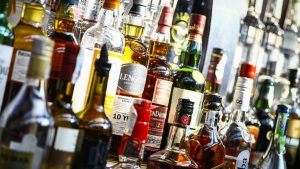 Back in the early 1900’s, people still at least partially remembered that the only powers the Federal Government had were those specific powers enumerated in the Constitution. The Bill of Rights was not seen as the whole of the story. It was seen as a way to temper the few listed powers. In other words, the government is granted the power to do x, but it cannot do x in such a way that would violate any of the listed rights in the first 10 amendments.
Now? Well, the government seems to be able to do anything it wants – so long as it doesn’t violate the rights listed in the first 10 amendments.
The rest of the Constitution may as well not be there.
So let’s get back to guns. Where in the Constitution is the Federal Government specifically given the power to regulate the manufacture, or ownership, or use of weapons? One could argue that the Commerce Clause grants them the right to regulate the state-to-state sale of said weapons, but that’s it.
And see, that’s the end of the story right there. What the word “arms” means in the Second Amendment – or whether or not “the People” refers to individuals or the militia – these points are irrelevant, for the power is one that the Federal Government simply doesn’t have in the first place.
“But if that’s all true, why even bother having a Second Amendment?” shout my critics… with their beady little eyes… foul breath… and unnaturally tiny… feet.

Quite simple, says I. There are powers the government has been granted, and a particularly treacherous individual might seek to use those powers to expand the powers of the government beyond the original intent. Said treacherous individual – for expediency’s sake we’ll call him… Abe – Abe might use the power of the Commerce Clause to attempt to regulate anything and everything that moves across state lines, even when the regulations have nothing to do with the actual crossing. The Bill of Rights is there as sort of second line of defense. A place we can look to and say, “Whoa, Abe. Chill, boy. Yeah, firearms may traverse state lines, and that Commerce Clause may give you the power to insure a level playing field state to state, but it doesn’t give you the power to ban weapons, for you must regulate commerce in such a way that doesn’t infringe on the people’s right to bear arms.”
The Bill of Rights was designed to close loopholes.
Instead, it became the biggest loophole of all.