Surely, if you improve yourself, you will be forgiven.  But if you do not improve yourself, sin rests at the door.  Its desire is towards you, yet you can conquer it (Genesis 4:7).
Cain and Abel were the second generation of humanity.  We are told that while Abel was a shepherd, Cain was a farmer.  When they both brought their respective offerings to the Lord, they naturally brought from their individual areas of activity.  The Lord accepted Abel’s offering but rejected Cain’s.
The Scriptures tell us that Cain was furious when his offering was rejected by the Lord, and a short while later was asked by the Lord: “Why are you angry, and why has your countenance fallen?” followed by the verse quoted above.  This verse contains the first explicit mention of repentance (teshuvah) found in the Torah.  The Targum Onkelos interprets the verse:

Rabbi Nachmanides (The Ramban) comments: “He (the Lord) taught Cain about repentance, that it is up to him to repent at any time and he would be forgiven.”  It is critical to understand that the Torah views repentance as one of the greatest gifts the Lord has bestowed upon mankind.
Strict justice would dictate (1) that a sinner be punished immediately after his transgression; (2) that the punishment should be with the full fury appropriate for the person who rebelled against the word of his Creator; and (3) that there should be no way to rectify one’s infraction; indeed, how would one mend his error when it has already been committed?  If someone commits murder or has an illicit relationship, how can his action be undone or withdrawn?
God’s chesed (loving-kindness and mercy), however, provides for the above three points: (1) the sinner is given time, and is not immediately punished after his offense; (2) the actual punishment is not fatal; and (3) God’s kindness provides that sinners be allowed to repent – that the withdrawal of the desire to sin is considered as the eradication of one’s actions, not to mention the provision available to all of us in Jesus the Messiah.

If we confess our sins, He is faithful and just to forgive us our sins and to cleanse us from all unrighteousness.  If we say that we have not sinned, we make Him a liar, and His word is not in us.   My little children, these things I write to you, so that you may not sin. And if anyone sins, we have an Advocate with the Father, Jesus the Messiah the righteous.  And He Himself is the propitiation for our sins, and not for ours only but also for the whole world (cf. I John 1-2). 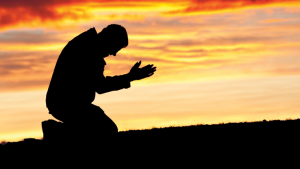 There is another important teaching contained in the Genesis verse: Our Sages relate that if you mend your ways you will be “raised”  – even higher than the level of your brother Abel – because completely righteous people cannot stand in the place where someone who has repented stands.  And even if you fail to mend your ways, do not think that you have lost the chance to repent, because once you open the door of repentance, the sin does not attack as long as you busy yourself with the service of the Lord.  However, it crouches, lies at your door, and awaits to conquer you as soon as you stop busying yourself with obeying the Lord.
God’s intention is that we have the power to rule over the evil inclination that is present in our flesh.  A sinner should not say, “How can I repent?   I am so distant, full of desire, and possessing a blocked heart.”  He has to but truly see and analyze his situation, regret his actions and beseech the Lord, and his work will be done for him by the Lord.
We find this concept illustrated when Jacob decided to return to the place where his father and grandfather had prayed.  The Sages tell us that as soon as he decided to turn back, that place immediately jumped towards him.  Lamentations 5:21:”Bring us back to you, Hashem, and we shall return.” This means that a sinner need only repent of his actions and truly pray that the Lord will bring him back to Him.  Then, the Lord will have mercy upon him and consider the sinner’s return as if he had accomplished it himself, as it says, we shall return.
If our hearts are broken, and we truly regret our wanton deeds and pray to Him, He will give us a new heart, a circumcised heart, so that we can relate to Him in a whole new way, without the barrier of sin between us and Him.
I recently read about a rabbi who described an experience he had at a rehabilitation center for heroin addicts.   He found it incredibly moving.  Here were kids, 16 to 18 years old. Most of them came from broken homes.  Some had suffered abuse when young, others simply neglect. They’d had a terrible past. Trouble was, by seeking refuge in drugs they were going to have an even more terrible future.
He related that the people running the center were amazing, and that they were changing lives.  The rabbi at one point asked the director what it was that the center did for the young addicts that helped them change their lives. She replied: this is the first place they’ve been to that offers them unconditional love. Then she said: We are the first people they’ve met who care enough about them to say “No.”
This is what God does for us. We are sin addicts. We do things we know we shouldn’t, whether it’s taking drugs, or taking liberties, or not respecting others, or blaming someone else when we should be blaming ourselves.  God, too, offers us His unconditional love and yet cares about us deeply enough to say “No.”
The rabbi later commented about his experience and what he had learned:
We can carry on for years deceiving ourselves, blaming others for what goes wrong. We are our own infallible counsel for the defense. But there has to be a time when we allow ourselves simply to weep for the things we know we could have handled better. That’s when God reaches out to us, as parent to child, and holds us close while we weep together, then He comforts us and gives us the strength to begin again. There’s nothing closer to God than a broken heart and nothing stronger than a heart that’s been healed by God’s forgiveness.
Teshuvah, repentance, is truly one of the most precious gifts that has ever been bestowed upon us. The future can change because we can change. Who we are is not pre-programmed in our genes. We may not be able to go back and change the past as most of us would probably like, but we can take hold of the present, repent, and act differently tomorrow than we did yesterday.
When Jesus confronted the Samaritan woman at the well in John 4, He not only told her the truth about her situation (i.e. that she had had five husbands, and was shacking up with a sixth), but He told her to go call her husband and come back. What was her testimony as she dropped her water pitcher by the well and ran back into town?
“Come and see a man who told me everything I ever did.”  May we too have the strength, resolve and courage to come back and see a Man Who has told us everything we ever did.