If everything is art, then nothing is.

All the great art of Western Civilization rests on the same underlying principle: through hard work, inspiration, and commitment to his craft, the artist produces a work that connects the human to the Divine. Divinity’s messengers come in a variety of different forms and shapes, but they all bear the same standard.

Christianity has properly identified this standard as coming from God. Even those that aren’t Christian have realized that art, proper art, lifts us up, connects us to the sublime; it enlivens the mind and heart.

Art draws on our myths and our tales of adventure and great deeds.

Art illuminates critical events in our history, passing that connection down from generation to generation, giving us continuity and a sense of our own past.

Modern art fails on all accounts.

There is nothing sublime about it.

It connects no one to nothing.

There is no shared history it carries, no connection of the past to the present.

It tries to elevate the dross to gold and declare gold to be dross.

This will be just a thumbnail sketch, a brief overview, a quick flyby, so buckle up and please hold your questions until the end. 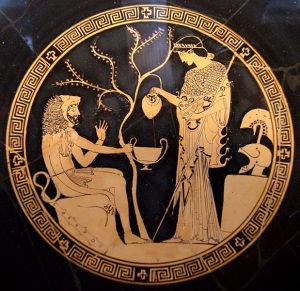 Here’s the inside of a Greek drinking cup, a kylix, that depicts Hercules and Athena, around 480 BC.

Hercules was a divine hero in Greek mythology, a paragon of manly virtues. Athena was the patron goddess of Athens, the goddess of wisdom, courage, inspiration, civilization. Together, they showed strength and wisdom. In other words, as someone drank out his cup, he’d see these two at the bottom, a frequent reminder that there were greater things than just a good drink.

The Greeks, to whom we owe much, had many such examples. 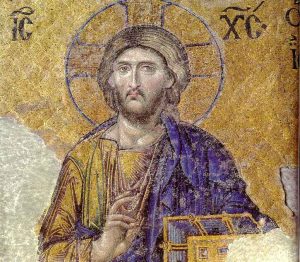 Christians rejoiced in the Lord and Savior, the Son of God, Jesus Christ. Their art reflected their worship. 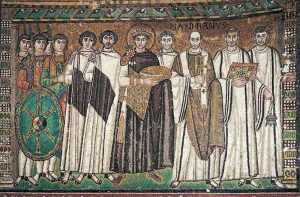 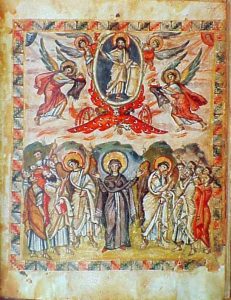 The Eastern Roman Empire, which later became known as Byzantium, went for a more symbolic approach over strict naturalism. They also widely used mosaics in their artwork, creating scenes that highlighted the Divine Nature of Christ and Holy Saints.

On either side, though, the works of art were done as a form of praise and celebration of Christ and their faith. The art lifts the soul upward, toward something greater than just the here and now, toward God. The best works are sublime.

I’m going to skip over several generations of greatness. I warned you it was going to be quick. But just for a quick taste, enjoy this painting from the great Raphael: 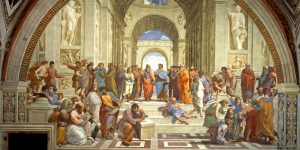 Now, look at this. It’s an inversion of everything that art once was. 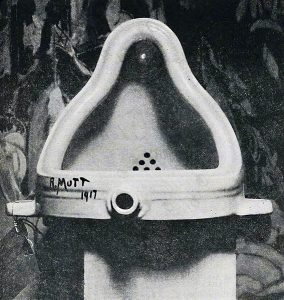 It’s one of the best-known pieces of junk passed off as art. As a prank, I can see it. As art, it’s not.

Instead of elevating the soul, instead of encouraging the viewer to look upward, modern art soothes the viewer with pretty little lies of his own inflated self-worth. It asks the viewer to wallow in the mud and declares there is nothing beyond. It perverts what art should be and inverts the purpose. No longer does it lift, it drags down. No longer is it sublime, it is crass and vulgar. No longer is the artist challenged to surpass his skills and techniques in a bold attempt to honor and praise the Almighty or His works; modern art disdains skill and hard work, asking nothing but a lukewarm effort to satisfy novelty and flatter the bottomless ego. Modern art drags man down, and with him, nature. 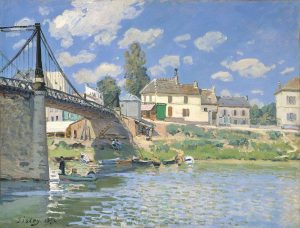 This is “The Bridge at Villeneuve-la-Garenne” by Alfred Sisley. It’s a fine painting, done in the Impressionist style. He depicts nature as she is, and man’s works upon her face for what they are.
Whether or not Impressionism is your thing, Sisley exhibits skill. His works might lack the sublime nature of the old masters, but he hews closer to reality than what comes next.

Cezanne. Look at this muddled mess. It looks like a rough draft, a young student practicing, an unskilled ham-fisted wanna-be artist marring a clean canvas with his shoddy workmanship and poor work ethics.

Had that been the low point, we could have recovered. Post-Impressionism would have slunk off into the history trash heap and we could have all pointed and laughed.

But it gets worse.

The Germans went ahead and doubled down on the stupid and developed Expressionism. 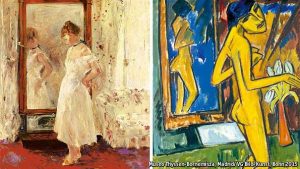 It’s clear something has gone off the rails in the art world.

Instead of creating works that uplift the human spirit by pointing to the beauties of nature and even higher to nature’s God, art now shoves your face in excrement and demands you find the sublime in it. 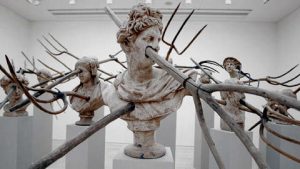 This isn’t art, it’s vandalism, held up as art by those that hate beauty.

The list keeps going.
Jackson Pollock is a prime example of non-art being upheld as works of sophistication and nuance. 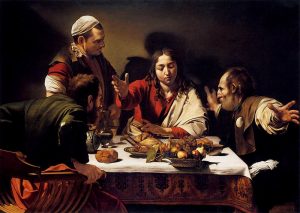 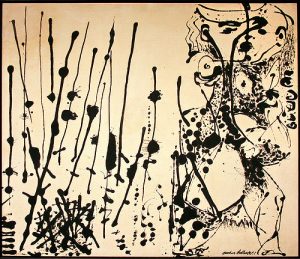 No one can recreate a Caravaggio by accident.

Part of the problem is easily traced back to Marxism critical theory. The theory is amazingly simple, though trapped in a glossy veneer of academia speech. In short it’s thus: whatever is normal and right, criticize it. Throw whatever you want at it. Whine about inequalities, complain about power structures, sneer at class consciousness. The last thing you want to do is connect the human soul to anything greater than a narrow sphere, bounded by jealousy and pettiness, circumscribed by a meanness of spirit that has been stunted and corrupted by demonic influences.

Another pillar of this descent into the crass and meaningless is they whine about “self-expression” being integral. 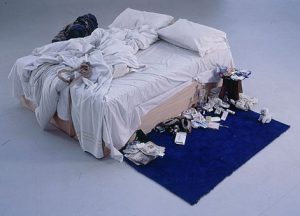 Narcissistic navel gazing produces Tracey Emin’s “My Bed”. There is nothing but dross with them, and they insist it’s actually the highest form of expression.

Compared to the great works produced by God-fearing men for centuries, we’ve been sold a crap sandwich and told it’s healthy with a superb taste for the most discerning.

Art, as its function to connect the human soul outward and up, has been subverted into directing the soul inward and down. Art rubs your face in feces and tells you this is the extent of reality.

What to do about?

First, recognize we’ve been hoodwinked and bamboozled. What passes for art today isn’t art at all. It’s spiritual-psychological warfare aimed at the human soul.

Second, look for and support alternatives. The Art Renewal Project may not understand the spiritual component, but anything that at least recognizes reality and celebrates hard-won skills and techniques in expressing reality truthfully is headed in the right direction.

Third, take a stand when you can to announce the postmodern Emperor has no clothes.

Fourth, make your own. If for no other reason you will gain a greater appreciation of the Masters.

Art, when it’s functioning correctly, is an intrinsic part of the human soul. We’ve lost ground, this is true, and the art establishment is firmly working for the Enemy. All this does is make the battle more worthwhile.

We will reclaim art’s rightful place in Western Civilization.

Why church elders should carry concealed

How Great is Repentance