Editor’s Note: Another great post from our Aussie budday, Adam Piggott, over at Pushing Rubber Downhill. Check out his other articles, which are also fantastic.

A wonderful article from Jupes at Catallaxy Files on the subject of suicide among ex-servicemen in Australia. In it he compares battlefield casualty rates from men in WW1 with those in Afghanistan as well as what horrors troops in those respective wars had to face. One of his conclusions is that the emasculation of the armed forces has resulted in men who are not prepared for what they have to face when they go into battle.

With the exception of Special Forces, Australia no longer sends soldiers to war, rather, we send civilians with military skills. Since 1985 females have trained alongside male recruits in the Army and standards have lowered considerably to facilitate this. Back in the day when men joined the army, they were taught from day one that their individual aspirations took second place to those of the Army. They had to do any job the Army wanted them to do and go wherever the Army sent them. Training was hard, taught men to kill without hesitation and left them in no doubt about the nature of war. Not anymore. Female recruits can choose when they join, can sign on for half the commitment of male recruits and can even choose the location of their first posting.

It is no coincidence that Australia’s defense minister is a woman. But there is more to the story than this. We need to ask the reason why the armed forces have been feminized and emasculated. One of the answers is that the armed forces are merely a reflection of the greater society. 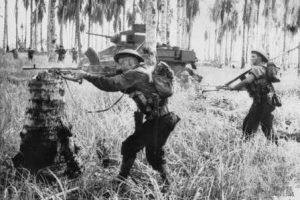 If Australian society was hard and enthusiastically celebrated the masculine virtues then our military would reflect that. Instead we decry masculinity as toxic and everywhere one looks in our culture we see men ridiculed and belittled, whether it be our films, television, commercials, books, theater, sports, or any other aspect of our daily lives.
The modern trope of a female character in a film brushing aside the awkward offered help of her male counterpart whereupon she herself immediately goes forth to brilliantly and effortlessly slay all opponents while he bumbles along behind her in some sort of bemused and infantile daze is now so ubiquitous that is is already beyond the realm of a cliche, and in its overreach goes hand in hand with the very loud and punctuated thunderclaps signifying momentous moments that are the hallmark of films made in the last decade and which will be seen in years to come as horribly trite and derivative.
But they add up and they have an effect. So the boys that we bring up in this feminized environment where it is bad to be a man find themselves with no personal qualities that help them to mentally survive traumatic incidents. Good times breed weak men and all that. That they then have to suffer a defense force that believes in perverse progressive notions of equality only means that they do not receive the training and the skills needed to be a successful combatant as well.
Men of my grandfathers’ generation who fought in WWII got on with it when they came home. They might have hit the bottle a little too much but they raised families and held down jobs after long years away in constantly brutal and dangerous environments. My next door neighbor as a kid was captured by the Japs at Singapore; his strawberries were the best on the block and we spent a hell of a lot of time playing armies with his grandsons in his own backyard. At times he would pop over the fence to inspect our hand built trenches and offer pointers on fields of fire and where to site our machine guns. He said it was better to die at your gun than to surrender and he left it at that.
This sort of behavior used to be known as stoicism which is the ability to exercise fortitude in the face of calamity. Australians of previous

generations were hard men because they lived in hard times, at least relative to today. Yet back then they had the structure and surety of a society that was both recognizable and supportive, and where the rules were clear as to how to act. Today our societies are much reduced in this regard. We rely on government instead of Church and family. A comment from Jupe’s piece:

Alexander Solzhenitsyn in his Gulag Archipelago observed that those who had strong religious faith were able to survive far better than those who only believed in the State.

This week’s furor surrounding Vox Day’s comments on the MGTOW community is also a reflection of this topic. Our feminized men who lack stoicism are not just ill-equipped on the battlefield or under their marital roof; they are unable to even take basic criticism of their own actions. Not only has the hysterical overreaction to Vox been feminine in its form, but it also signals that the target was ripe for exposure.
I know myself that when someone accurately criticizes me and reveals uncomfortable truths about myself that I must be very careful indeed to hold my breath and not react spontaneously. The urge to react in an emotional manner is my signal that further introspection is desperately needed before I make things worse for myself. I have had to learn this the hard way.
The problems that plague the military and which are directly contributing to the high suicide rate among ex-servicemen are the same problems that leave an individual man unable to cope with being divorce-raped. Men go MGTOW as self-preservation because at some level they know that they lack the skills required to successfully survive such a traumatic event. Thus the problem is not the event per se but rather the flawed and untested man who cannot handle the stresses involved. 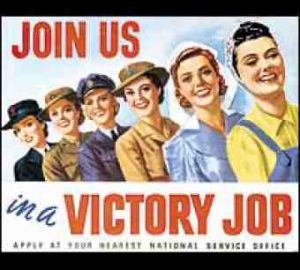 The answer is not to hide from the world and its consequences but rather to seriously dedicate one’s time and effort into making a man of yourself so as to give yourself the best chance possible in moments of calamity. This is even more important to consider when you realise that the world is extremely random and traumatic events differ wildly in form and context. You might succeed in insulating yourself against bad outcomes with regard to women but there are many more to choose from that have just as much if not more potential to knock you down for good if you are so unwise as to be so unprepared.
Becoming a man is about the promise of adventure and the endless possibilities therein. Feminists hate men because they are envious and thus they do their best to destroy men’s lives. This is because it is better to be born a man than a woman and they know this and they hate it.
Ultimately as men we live or die with the intrinsic knowledge of our own masculine capabilities. In today’s feminized world this is just as important as previous epochs if not more so. The great push against masculinity belies its true importance and its true power. Take your power then, be true to yourself as a man, and face the world and all of its challenges for that is what we are here for.