The much anticipated AG report has arrived. Of course, nobody’s going to jail. Still there’s some information in it that we all knew already, but now have confirmed.
James Comey is shown to be the clown that he is. He used a personal email account to conduct official FBI business while investigating Hillary for the same offense. He recommended against criminal charges in public, which is against protocol. Comey is likely the most incompetent person to ever be in charge at the FBI.
Peter Strzok also used a personal email account. He was instrumental in clearing Hillary of the crime of having classified information on her own personal server, as well as down Anthony Wiener’s pants, and who knows where else. 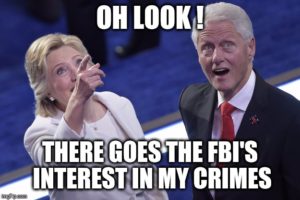 The FBI was plotting against a candidate for President. They were biased, they put the fix in to save Hillary, and then they attacked Trump with the bogus Russia investigation.
Obama is shown to be a liar when he said that he didn’t know about Hillary’s email server. He sent email to it. Loretta Lynch was also biased.
The whole thing stinks, and nothing is being done about it. James Comey and Hillary Clinton should be brought up on charges. Peter Strzok is somehow still employed at the FBI.
Can we all agree the FBI is nearly useless? They failed to stop several mass shootings, despite having the shooters reported ahead of time. The FBI is merely a bludgeon for corrupt leftists to use against their political enemies. The rot goes all the way to the top, and they are incapable of cleaning their own house. Time to start over.

Reminiscences of the Anglo-Boer War (Part 1)