This election cycle promises to be entertaining. While Donald Trump has disappointed us with the bump stock ban and the small amount of wall built, he has been better than I expected to him to be. The largest failures are due to Republican Party doing what they do, being traitors on repealing Obamacare, and fighting the President on our agenda, until they lost the House and it was too late to do anything. May John McCain and Paul Ryan ever be known as the cuck turncoats they are.
So while we are popping the popcorn, we are mindful that this train of a nation is ever accelerating towards the trainwreck that is to come. It’s serious business, who we elect, because you can’t turn a train around. You have to stop it, and reverse direction. While it’s doubtful that anyone can do this, given our momentum and the establishment monkeys trying to add speed rather than decrease it, we still must try. Donald Trump is the best bet until someone better comes along, especially if we regain some House seats now that the bogus deep state investigations are neutralized. 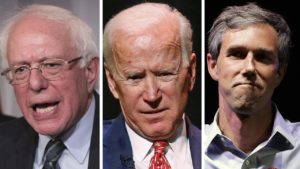 The Left apparently wants to help. The candidates on the Left are ridiculous. There is Crazy Bernie, the socialist 1 percenter, who got cheated last time around. Like all leftists, he doesn’t believe what he’s shoveling. He wants the rich to pay more taxes, while not doing so himself. At this time, Bernie is the frontrunner. I believe Trump debating Bernie would be absolutely glorious.
Next there is Joe Biden. Biden is a relic of a bygone age, when an old white guy could win an election as a Democrat. He’s run before, and couldn’t get the nomination. I don’t expect him to get it now. But the Left has its dinosaurs in the electorate too, and they will support him for now.
Out of nowhere comes Mayor Pete Buttigieg. This is probably your typical flash in the pan. People on the Left love him because they don’t know him. When they find out more, perhaps he will fade. If not, I think he will be easy for Trump to knock off. I don’t think even the Left is ready for an openly gay president, and the religious Right would likely mobilize.
Then there is Beto. He’s your typical leftist fraud, pretending to be something he’s not. That plays well with the Left, as he was a serious threat 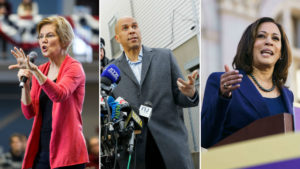 to Ted Cruz. Not being from Texas, I don’t know him well. The recent realization that even the people that pretend to want illegals actually don’t want them is not a point in his favor. Trump would probably show him out to be the beta male that he is. Also, Beto is a furry (trigger warning).
Moving on to the also-rans, there is Kamala Harris, Elizabeth Warren, and nobody else of note. Cory Booker entered the race to a rousing “who cares”. Swalwell’s stock may rise, but right now he’s lower rated than “someone else”.
Everyone counted Trump out the first time around, but I think he’s more liked by the Right than ever. The scandals were debunked, and if he starts putting swamp creatures in prison, things will look very hopeful for his re-election. 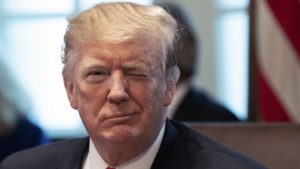